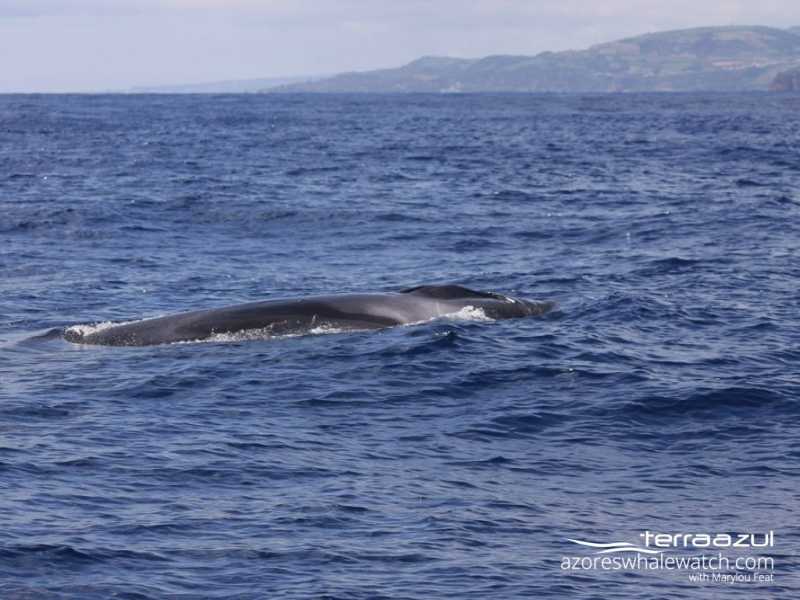 Strong winds keep blowing off the south coast of São Miguel, making it harder to go out at sea. However, this morning we decided to give it a try as Filipe spotted fin whales not too far from the coast. Slowly we got to the area and among the big waves we were able to enjoy the sight of two fin whales, one of which was particularly large. 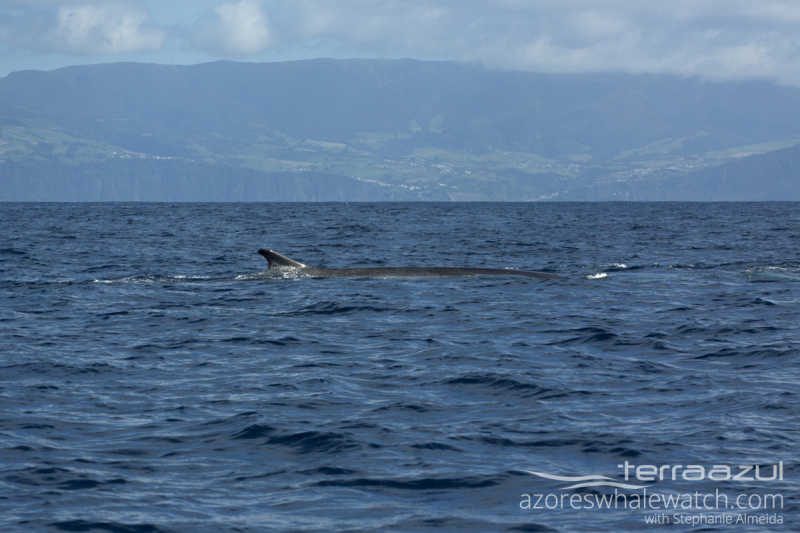 Due to the wind, the blow, which is typically columnar shaped, was immediately carried away and looked quite bushy. The sun was also creating a rainbow in the blow making the sight even more enjoyable 🙂

The blow of whales can carry useful information for scientists which recently are developing new techniques to collect and analyse blow samples of free ranging whales. The blow is made of vaporised residual air in the lungs, but can also contain chemical compounds like cortisol and reproductive hormones which give information about stress levels and reproductive stage of the whales.

The collection of blow samples is relatively easy and non-invasive, and consists in approaching the whales with a pole at which it is attached a disk with a nylon gauze. As soon as the whale surfaces the exhaled air and lung mucosa are entrapped and can be later analysed.

Here is the video of blow sampling of humpback whales in Australia. One of the researcher in the team, Mr. Fletcher Mingramm, is a PhD student who last year joined Terra Azul in a trip.

Unfortunately, we were not able to take any pictures during this trip, so here are some fin whales photos of past encounters.