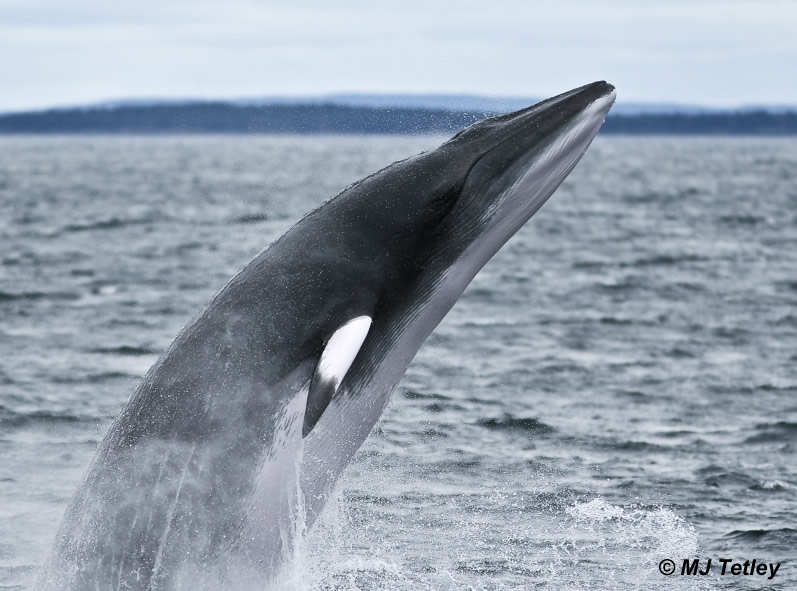 The minke whale is the smallest rorqual and one of the smallest baleen whale reaching about 10m in length. They are considered abundant and for this reason the species is listed as of Least Concern by IUCN. Minke whales inhabit all oceans and may occur in both coastal and offshore waters. 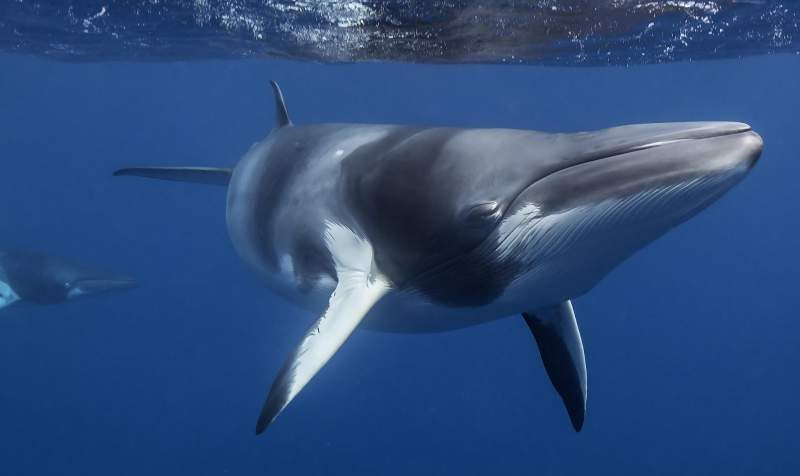 As most of the rorquals they have a streamlined body, ranging from dark grey to black dorsally and white ventrally. The snout is pointed as suggested by their Latin name “acutorostrata”, and the dorsal fin is falcate and positioned to the second half of their back. Flippers are characterised by the presence of a white band for the populations of the Northern Hemisphere, while they are mostly black for those in the Southern Hemisphere. When taking a deep dive they arch their back without showing their fluke.

Like other baleen whales they perform migrations between high and low latitude to feed and reproduce respectively. They also tend to be solitary with the exception of dwarf minke whales, which seem to be more social and inquisitive than other populations and subspecies of minke whales.

They can breach and are often observed lunge feeding, a technique involving the engulfing of a great amount of water and prey. The water is expelled through the baleen plates, which conversely retain krill and small schooling fishes, the main diet of minke whales. When lunge feeding is occurring close to the surface, the whale can emerge from the water either sideway or ventrally, in what is called lateral and ventral lunge feeding, respectively. 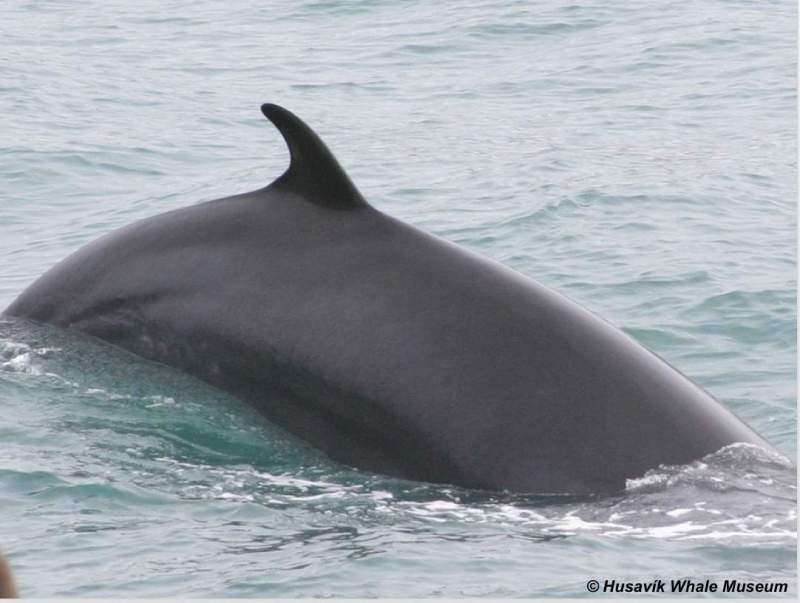 Minke whale in its feeding ground off Iceland

Current threats include commercial and scientific whaling performed by Japan, off the North Pacific, and Norway and Iceland off the North Atlantic. Incidental catches in fishing gears and ship strikes are also known to occur.

In the Azores minke whales are the least observed baleen whales, it may be due also to the fact that they are fast and unpredictable in their movements especially during foraging, turning such species less conspicuous than other baleen whales.

Spectrogram of a minke whale’s call