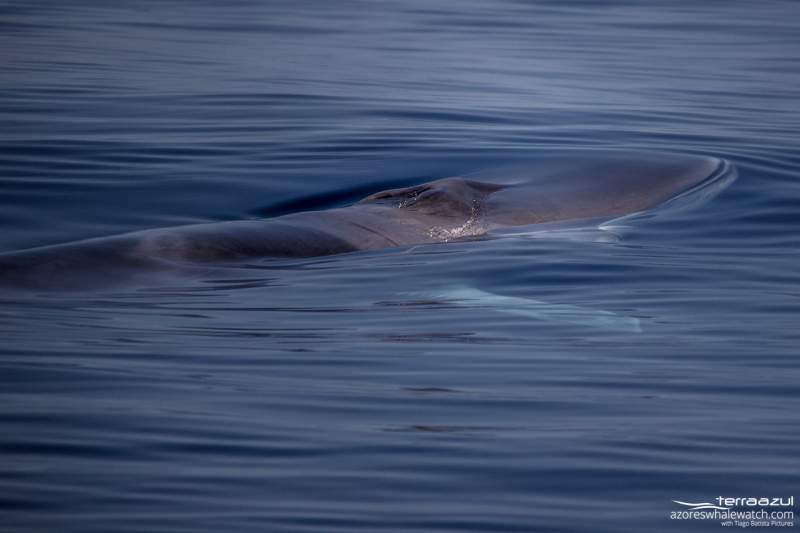 Wow what a day!! One of those where water and wind are in perfect balance for hundreds of animals to surface!

It is hard to describe such a perfect day, but while reading this, just imagine a “BBC Planet Earth” movie passing through your head 🙂

In the morning we started with a few individual Common dolphins that were still in the weekend mood. (Monday mornings can be hard right!) Then we quickly moved to what would be the highlight of this tour: a pod of about 200 Striped dolphins, but as perfect as they could be! They kept a straight course for about 10 minutes, while continuously migrating/ jumping out of the water with the whole pod. The babies were happily joining the adults on this jumpfest! 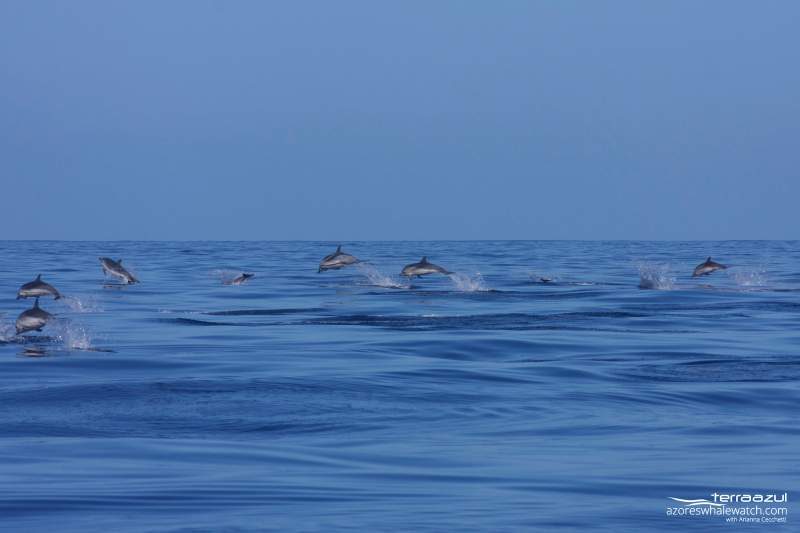 After the dolphins that left us breathtaking, we went on the move to see Fin whales, while suddenly a pod of 3-5 Beaked whales appeared from a distance. Beaked whales are very shy and rare so we were just able to see their back’s from a distance. They had a brown coloration so probably it was the Cuvier’s beaked whales, but the exact species is hard to say.

Now we finally continued to see 3 Fin whales of which 1 was a young juvenile. Well…we smelled them before we saw them! The rotten fish smell from their blowhole was getting into our faces, but this is part of nature’s experience so it was a pleasure to witness. 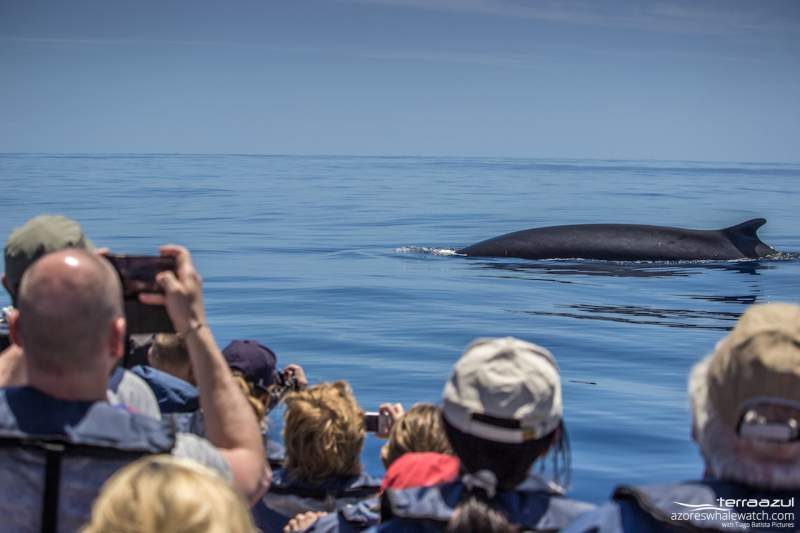 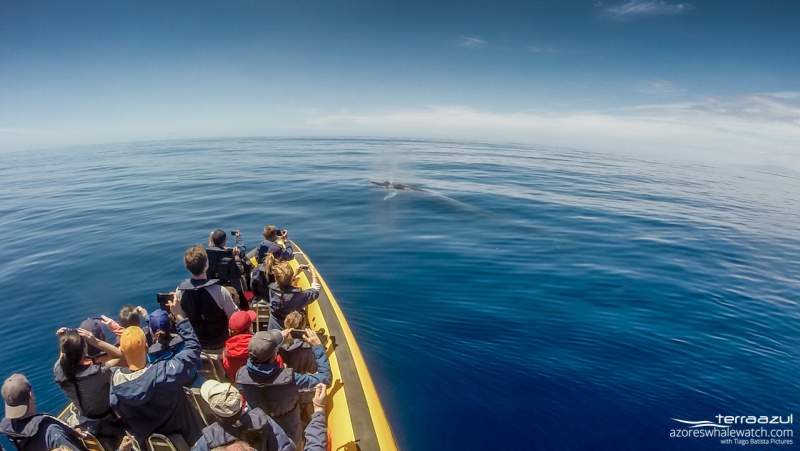 We even saw their bright red faeces floating at the surface and slowly sedimenting. They were feeding and resting as they were slowly circling around. 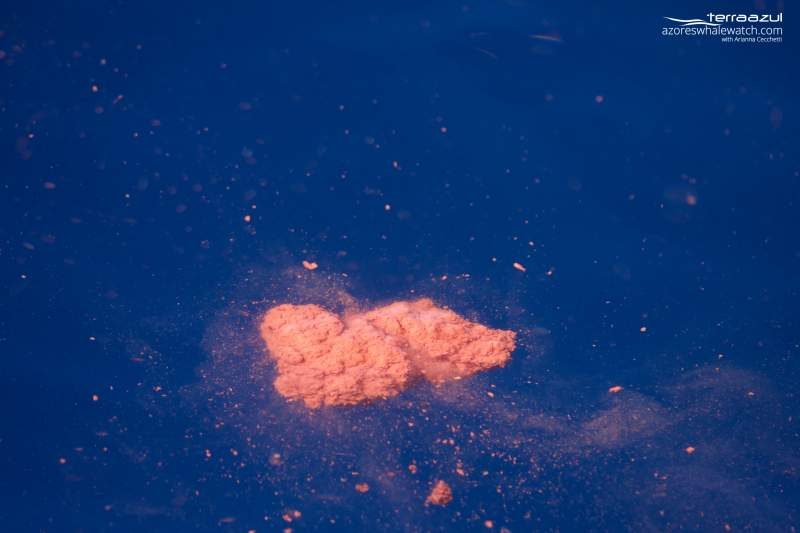 After this we made our way back to the land – or so we thought. Half of our way back we sighted another large and active group of dolphins on the horizon, which turned out to be Atlantic Spotted dolphins! The second time we saw them this season, as they have only arrived last week to spend their summer here. Even 2 Loggerhead turtles were floating on the surface near the dolphins, with hundreds of fish underneath them. 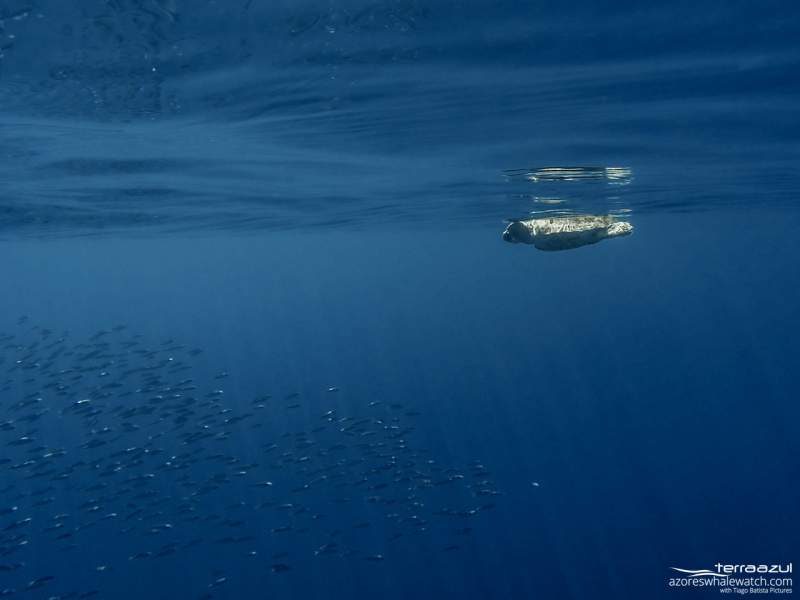 That was a spontaneou surprise, so now it would really be time to return to the marina, right? Wrong again! As we drove another 100 meters to the marina a pod of white Risso’s dolphins appeared next to our boats. Nature was going to keep us entertained this morning and would not let us leave! 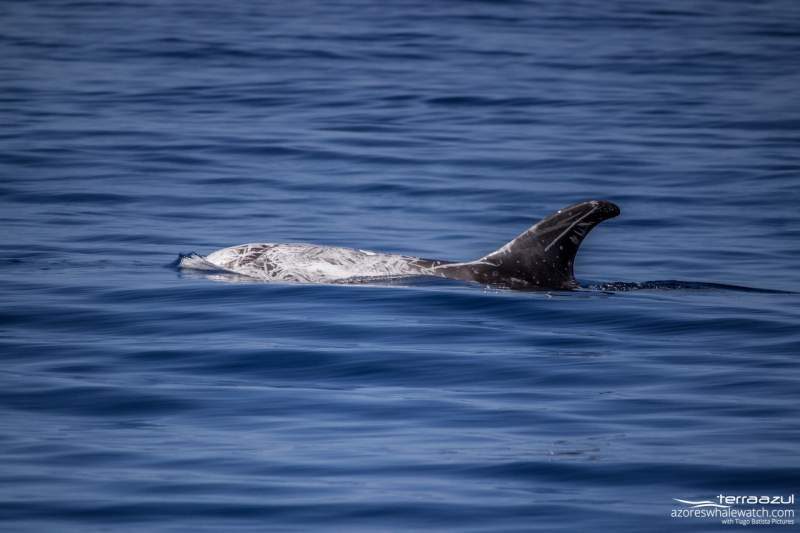 This was a good example of how spontaneous some sightings can be, especially when weather conditions are perfect. 3 out of 6 species from this tour just accidentally appeared on the surface without expecting them.

The afternoon was amazing as well! We were escorted by a huge pod of Cory’s shearwater at the beginning of the trip, probably resting after a feeding time. As the sea was very flat, we were able to spot some loggerhead turtles on the way 🙂 We found easily a group of 4 Fin whales, resting at the surface. When we arrived, they started to get very curious around our boat. They were probably doing “people watching” as they came very close to us, pointing their head to us, and passing slowly under our boat :O It was amazing, we could see them by transparence!!

Then, Felipe spotted Sperm whales, the emblematic species of the Azores, and we were not disappointed!! We saw 2 calves playing with each other before one of the two began to drink milk from his mother. It was a special lovely moment… 🙂 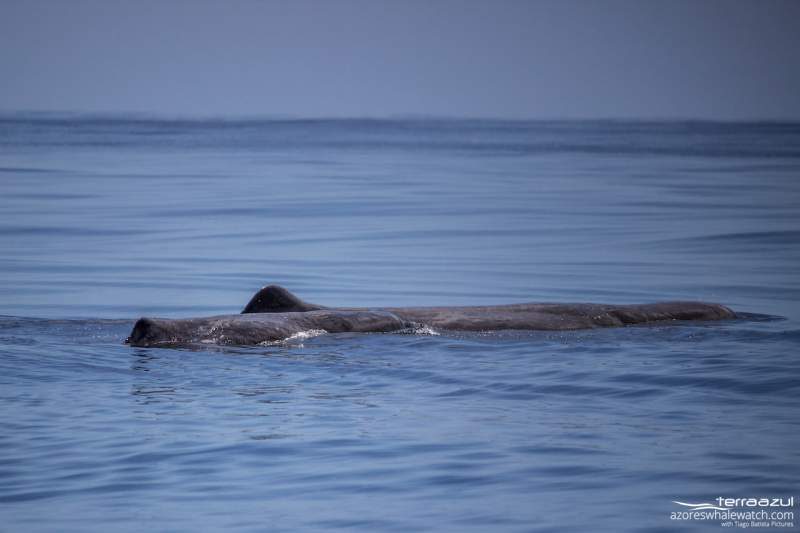 And finally, on the way back, a group of Bottlenose dolphins showed up to end this nice afternoon. Lucky whale-watchers! The last trip of today was a swimming with dolphins experience where our group swam with the Common dolphins!