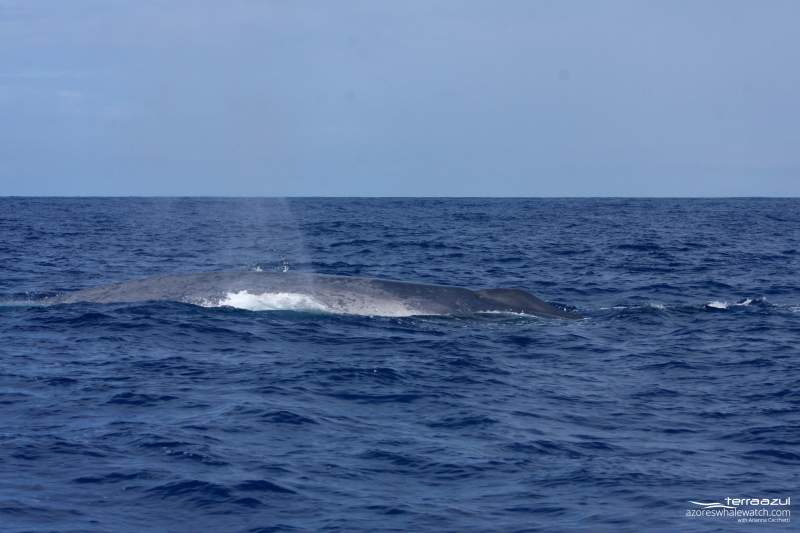 Today Filipe spotted for us fin and blue whales.  The whales were about 8 miles from the coast at a bathymetry of over 1000m and were foraging.

During the first encounter we had one blue whale surfacing twice and two fin whales staying in the area for a while and showing themselves several times. The fin whales were alternating fast diving patterns with slower ones. In one occasion a fin whale surfaced very slowly that seemed almost in slow motion 😀 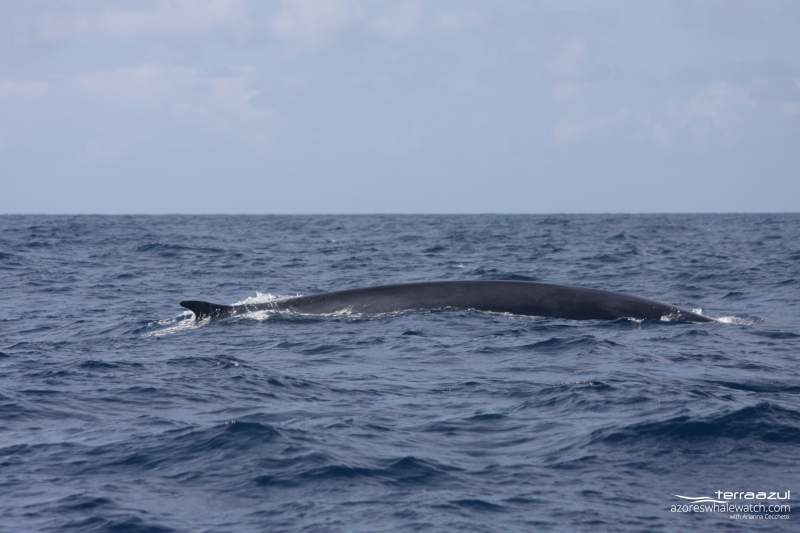 During the second encounter we had again a blue whale, likely the same seen previously, but we couldn’t confirm it as we were not able to take a photo. The mottled coloration of blue whales helps in fact identifying single individuals. 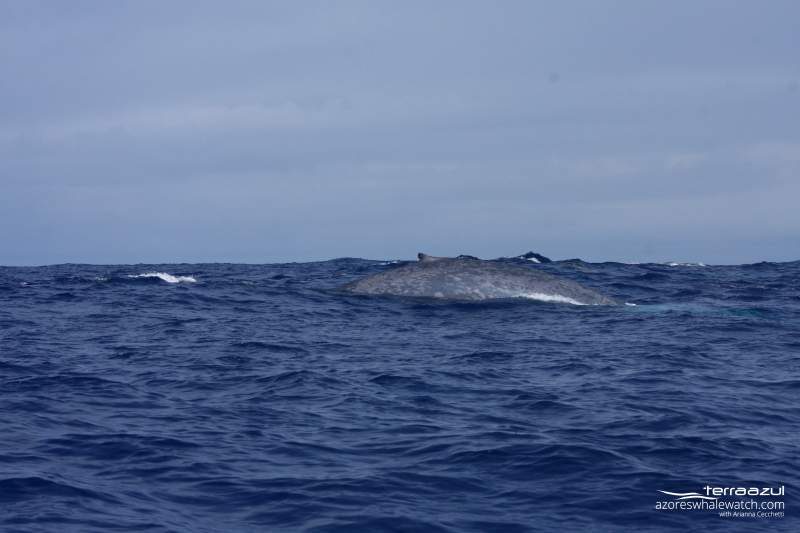 In the photo-identification catalogue of whales and dolphins of the Azores there are currently 35 different individuals of blue whales and 89 of fin whales. Give a look at them here  🙂 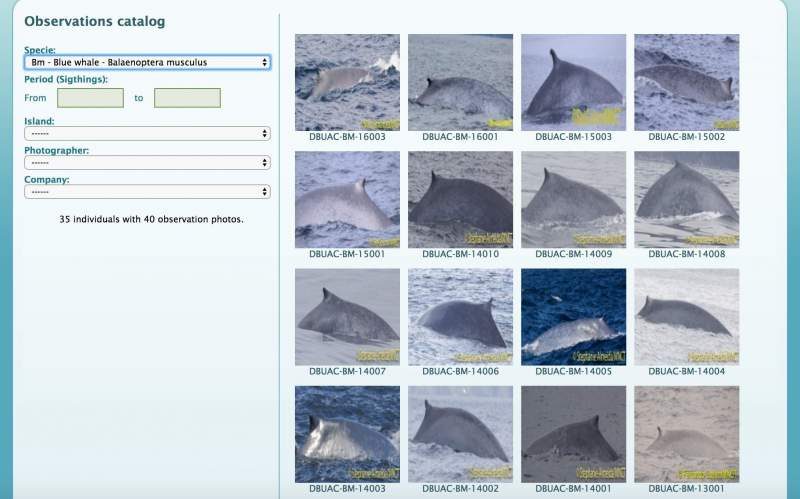