A sea of dolphins 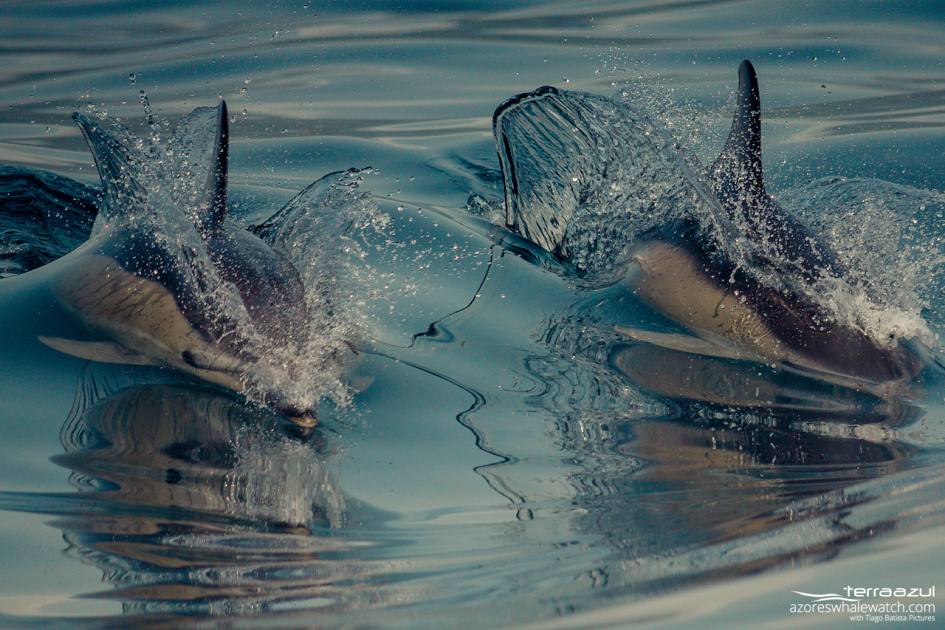 In these days we encountered many groups of Common Dolphins (Delphinus delphis) feeding and socializing. Terra Azul boat often represents an interesting distraction for them, especially for juvenile dolphins. One large pod of several hundreds dolphins was fast approaching Fajal da Terra from offshore waters and we could only guess its actual size before to head back to Vila Franca do Campo.

Loggerhead Turtles (Caretta caretta) are also becoming a quite frequent sight, like this one encountered today and accompanied by a remora fish (Echeneidae Family). 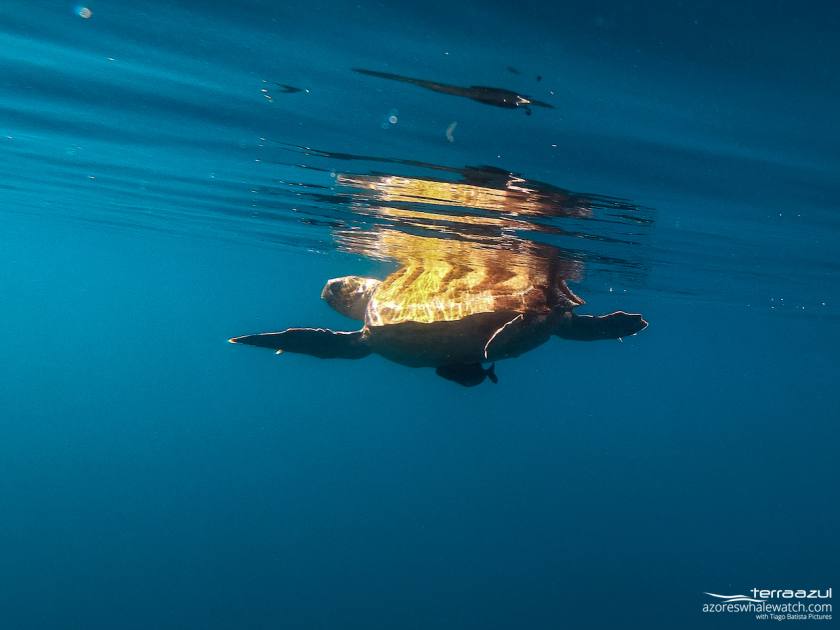 Remora’s frontal dorsal fin is a large, oval disc that acts like a sucker. This allows the fish to firmly attach to the skin of large marine animals such as whales, sharks and turtles, like in this case. Depending on the species, remoras mainly feed on the host’s feces, external parasites, dead skin tissues and meal leftovers. In addition, they benefit from the protection provided by the host and from the continuous flux of water through the gills. This relationship with the host is an example of phoresy. That is, the remora is able to swim but attach itself to the host to reduce the energy spent for travelling. Remoras seem to do not affect their hosts but it is not clear weather they are of any benefit to them.