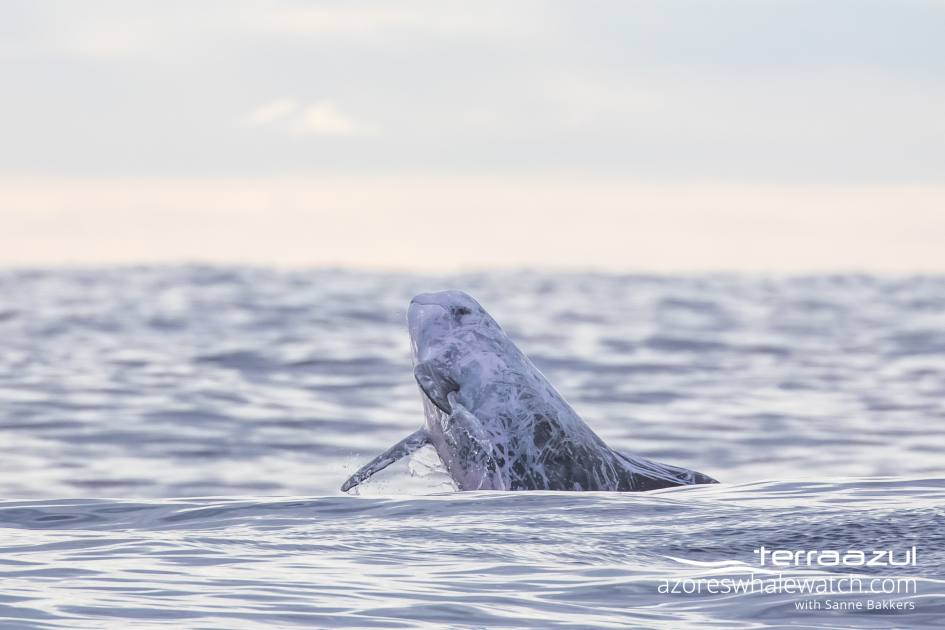 The next couple of weeks will revolve around a species that is iconic to the waters of the Azores: the Cory’s Shearwater (Calonectris borealis). Why? From mid-October to mid-November, juvenile Cory’s shearwaters – only a few months old – leave their nests for the first time. Soon they will embark on their first transoceanic flight across the Atlantic Ocean. Leaving the nest at night, they use the celestial lights to orientate themselves. They let the moon guide them. However, artificial lights on the streets confuse the young shearwaters, which at the same time are also still building their flight skills. They fly the wrong direction and some juveniles end up hitting light poles or other objects. They may fall down on the streets and in harbours where they are vulnerable to (for example) car collisions and cats. 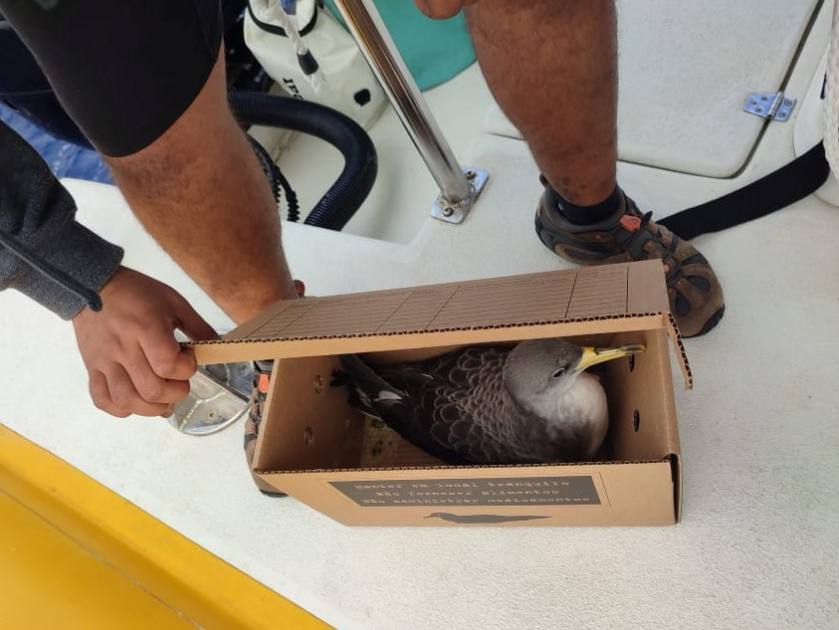 One of our Cory’s shearwaters in his rescue box right before release.

The SOS Cagarro Campaign aims to increase awareness about the Cory’s shearwater and the need to preserve this protected species. Since 1995, the campaign engages people in the rescue of juvenile Cory’s shearwaters that are found on the streets. Terra Azul has been participating in patrols around the harbours and coastal streets of Vila Franca do Campo for some days now, and yesterday we rescued our first two juveniles. This fact made the whale-and-dolphin-watching tours from today extra special, because our guests got the chance to witness the release of these two beauties at sea! The conditions were perfect to send them off to their new lives. Once the juvenile Cory’s shearwaters make it out to sea, they normally do not return to their colonies of birth on land for four or more years. We wish our two youngsters all the best. We hope they will thrive and survive their oceanic juvenile phase, and perhaps have them return to the colonies several years from now, to find their own partners for life!

The other rescued Cory’s shearwater released at sea.

Besides saying our affectionate goodbyes to our two Cory’s shearwaters, we enriched our lives with the encounters of three dolphin species. First we observed a pod of five Risso’s Dolphins (Grampus griseus) and were wowed by one adult breaching several times against the beautiful morning sky. Secondly, we visited a larger group of Atlantic Spotted Dolphins (Stenella frontalis): hyperactive as usual, joining us by swimming in the pressure waves around our zodiacs. The larger part of the group was clearly involved in a feeding frenzy. The Atlantic spotted dolphins were speeding through a baitball of fish over and over again, alongside tunas and seabirds! Last but not least, we watched a pod of Common Dolphins (Delphinus delphis) close to the coast, pretty much in front of Ponta Garça’s lighthouse. This area happens to be the work location of our great vigia Nicole, who found all these beautiful dolphin species for us! 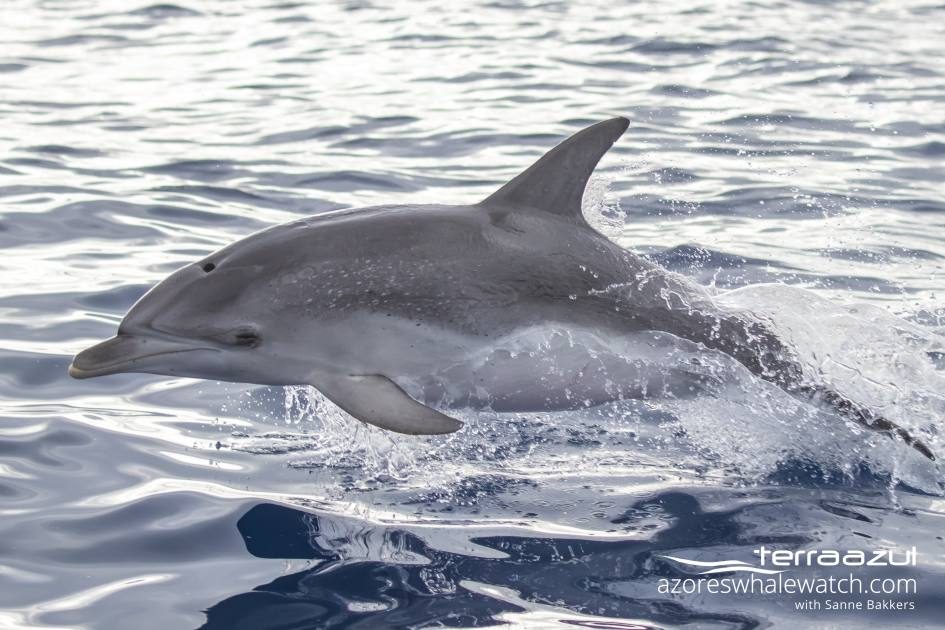 Atlantic spotted dolphin jumping alongside our zodiac, an arm’s length away.

We cannot wait to see what happens tomorrow. October has given us a lot of great experiences so far!