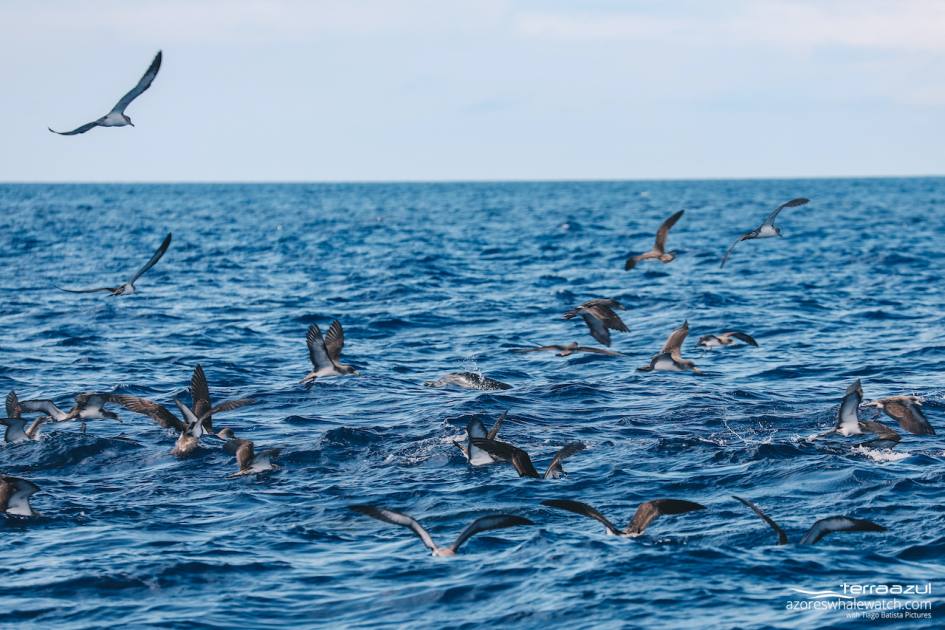 Summer is definitely arrived in São Miguel, at least on the South Coast of the island!

And with the warming waters, fish biomass grows attracting a large number of predators near shore. Today we had a good example of this sudden abundance of prey and the Ocean was literally boiling up with life!

First, we encountered a very relaxed group of Risso’s Dolphins (Grampus griseus). The recent sightings confirmed their return in the waters of Vila Franca do Campo after almost ten days of absence. 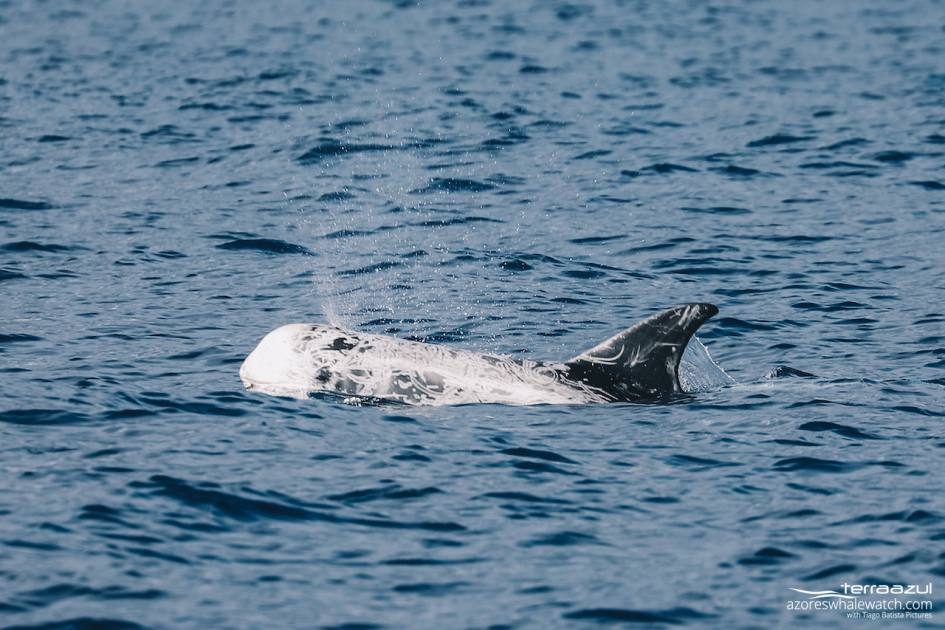 Then the skies started to fill with hungry Cory’s Shearwaters (Calonectris borealis). Their aggregations are always a good proxy for the presence of small schooling fish, and where there is fish, there also some of the top predators of the Atlantic Ocean. Soon our ‘vigia’ led our boats to a large pod of Atlantic Spotted Dolphins (Stenella frontalis) which were still in the process of “work up” the fish chasing it towards the surface. 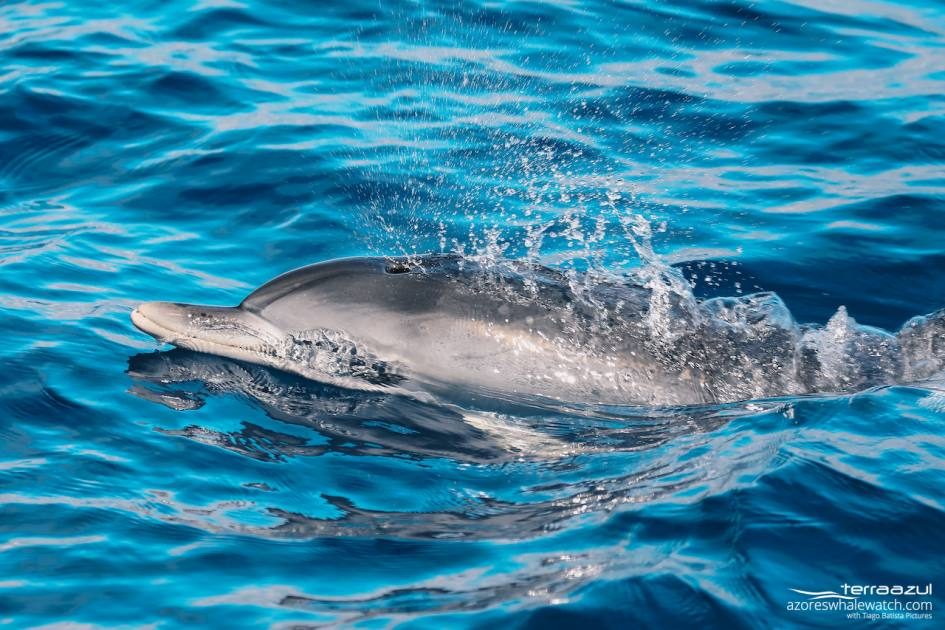 Several miles off-shore we also found a pod of Common Dolphins (Delphinus delphis) which already brought some schools of horse mackerel (Trachurus trachurus) near the surface. It was the perfect moment to witness a “feeding frenzy” which involved Cory’s Shearwaters, Dolphins and, probably, pelagic fish which is often associated with them. Thanks to the birds, we actually managed to see which fish was targeted by birds and dolphins!

Thanks for reading and let’s see what this explosion of life will bring in our waters in August!