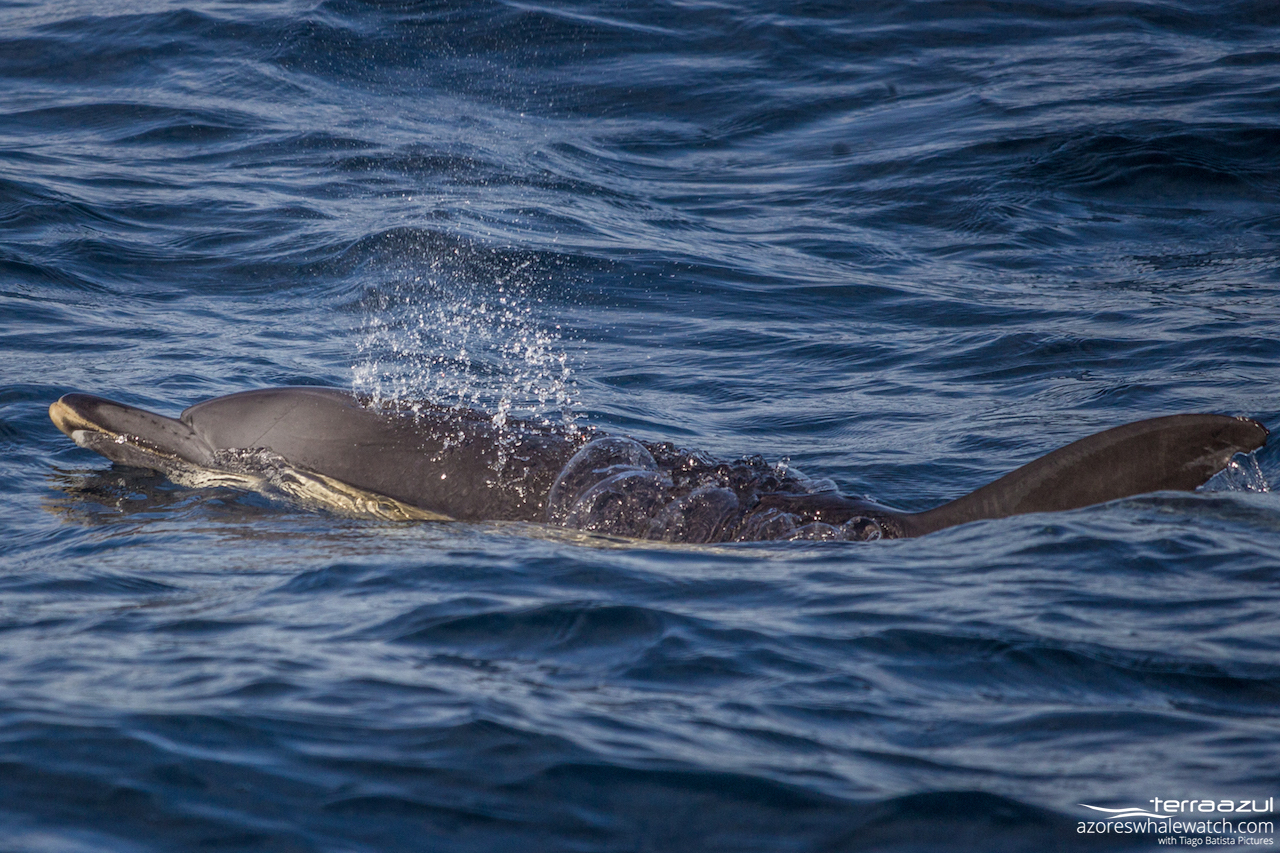 It was a very sunny day in Vila Franca do Campo today. As we went out with East wind, it was a nice surprise that the sea was in a pretty great condition.
Soon we headed for a group of about 25 Common dolphins that were first resting, and then feeding on tiny fish. We stayed for a good amount of time with them as this was the only species sighted today. It seemed like there was at least 1 small animal in the group. That is very possible, as Common dolphins give birth all year long. However, peak season is between early spring and late summer. Did you know that pregnancy of Common dolphins is between 10-11 months? That is much longer than humans. No wonder that they are such a developed creatures 🙂 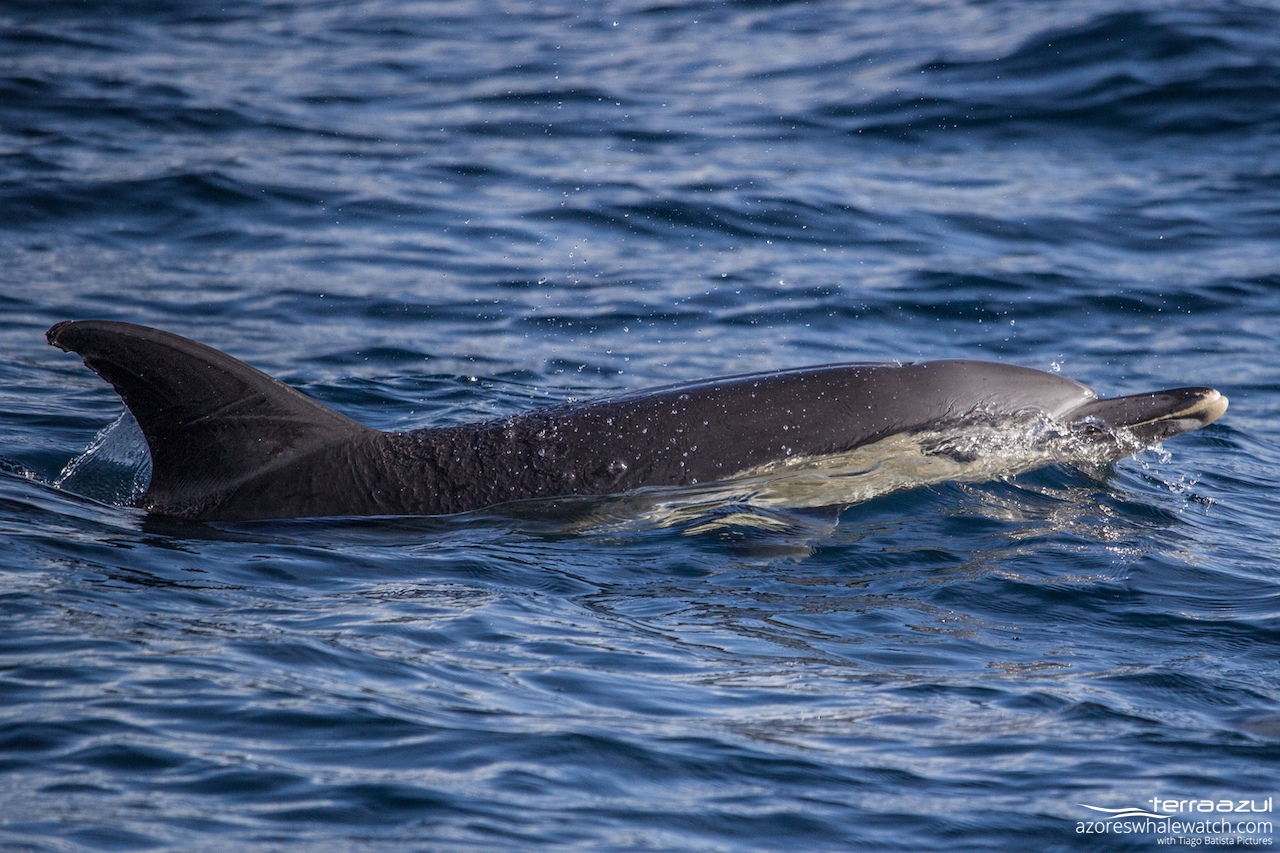 On the way back we passed the waterfall cliff that has around 12 officially counted falls. After the past day’s rain, 8 were visible today. 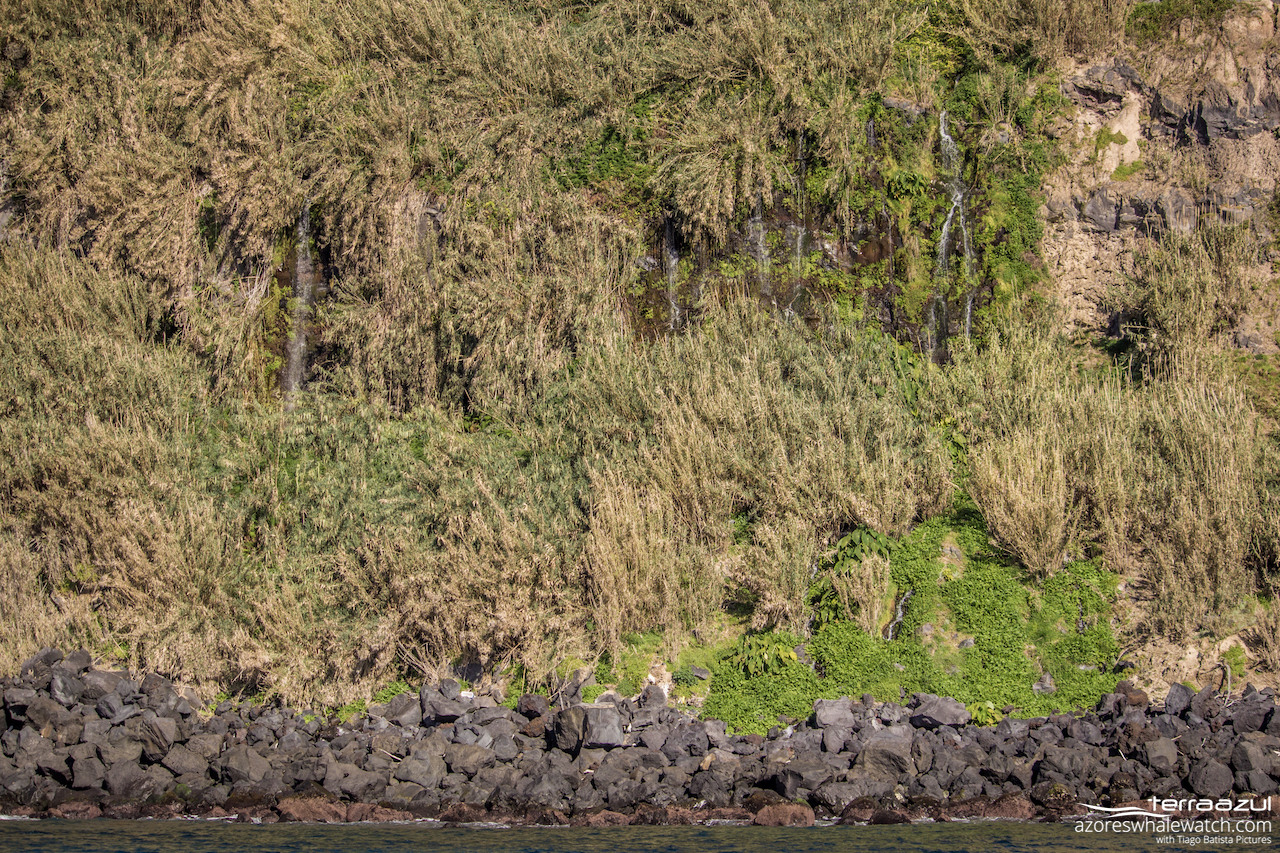 How many waterfalls can you count today?