A day full of surprises 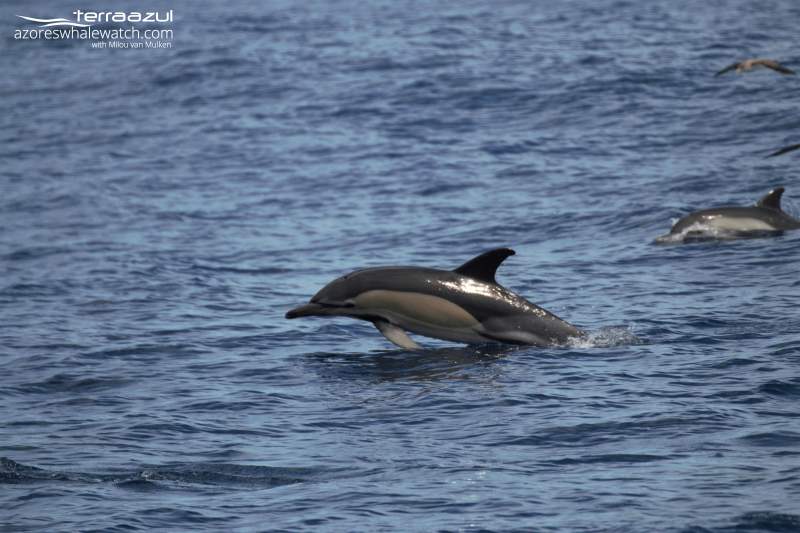 Hello everyone! Today was very chilly and cloudy but of we went to see what was waiting for us. A few minutes later our lookout saw something that seemed a Fin Whale, but it was a bit dificult to see because it was always moving, after all they were 2 Fin Whales. 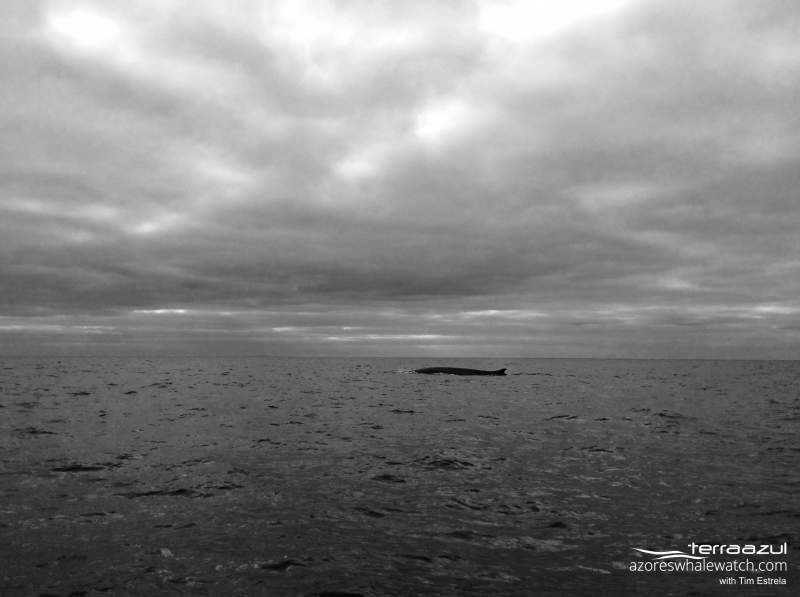 After we enjoyed the Fin Whales we already had another animal to see…it was a Sperm Whale and it was very far so we went at full speed but it was already late, we saw the fluke far away and went to a deep dive yet we had another Sperm Whale around the area so we stayed and looked for a bit and then we found a male juvenile between shallow divings. 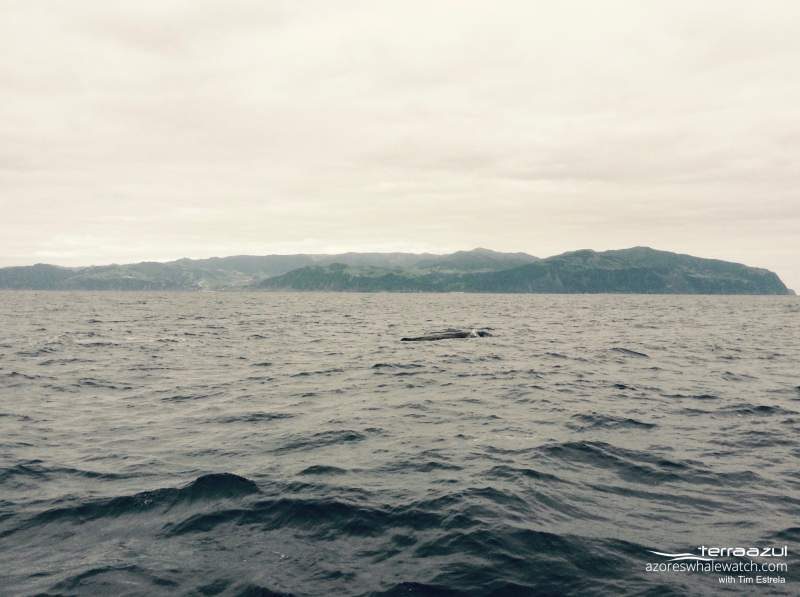 It was already time to return and we went back to the Marina. On the way back we had a surprise… Common dolphins in feeding mode, a group of more or less 40 individuals. We could hear the whistles that they were making to comunicate with each other.

And it was the end of a trip full of surprises! Hope you enjoyed this post and come visit Terra Azul soon 🙂