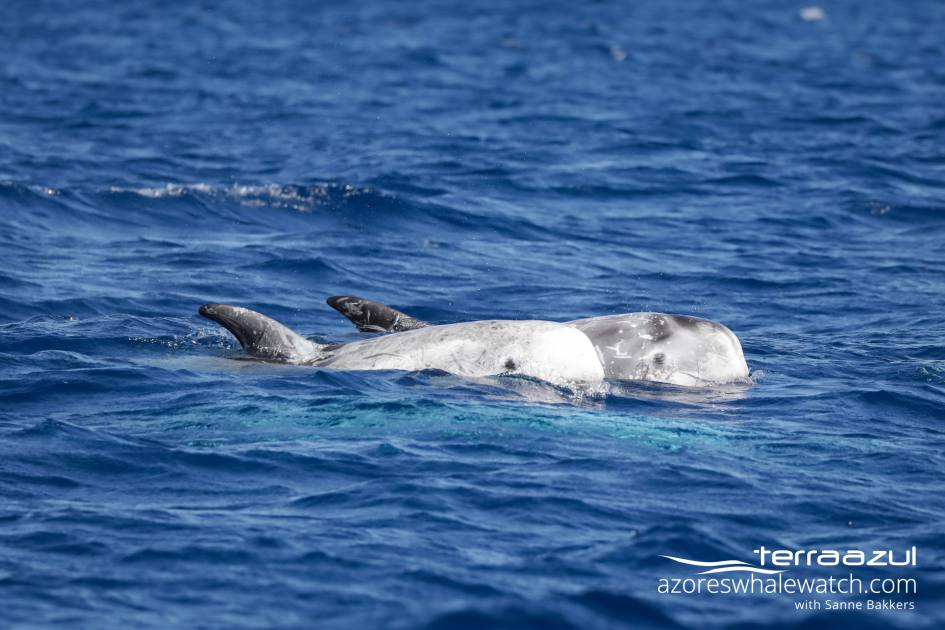 Yesterday we ventured far to the eastern side of São Miguel’s south coast. The miles we covered could have easily taken us to Santa Maria island! Throughout the day we found pods of Atlantic Spotted Dolphins (Stenella frontalis) scattered across the area – we could enjoy their vibrant energy on all three tours. We observed many different behaviours, from feeding to socialising and mating. Cherry on the pie: a quartet of dolphins jumping into the air simultaneously! 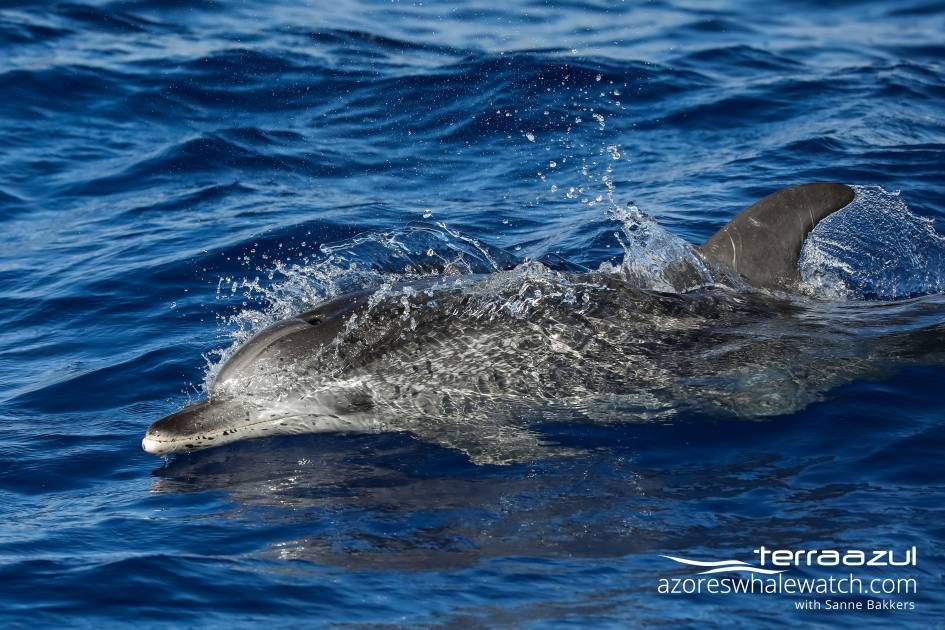 Atlantic spotted dolphin cruising through the water while taking a breath.

Our eastward journey also took us into “deep divers territory”. During the morning, we were able to find two species of deep diving cetaceans: the Risso’s Dolphin (Grampus griseus) and the extraordinary Cuvier’s Beaked Whale (Ziphius cavirostris)! Risso’s dolphins often dive to less than 50 m, but are capable of dives to at least 300 m. The Cuvier’s beaked whale, however, is a real champion! This species has been recorded to dive to 2,992 m (off southern California). Their feeding dives typically last around 60 minutes, but off southern California, scientists recorded a dive with a duration of 137.5 minutes. This shows what incredible creatures they are; think about how well adapted they are to making a living in the deepest parts of our oceans. Mind-blowing! 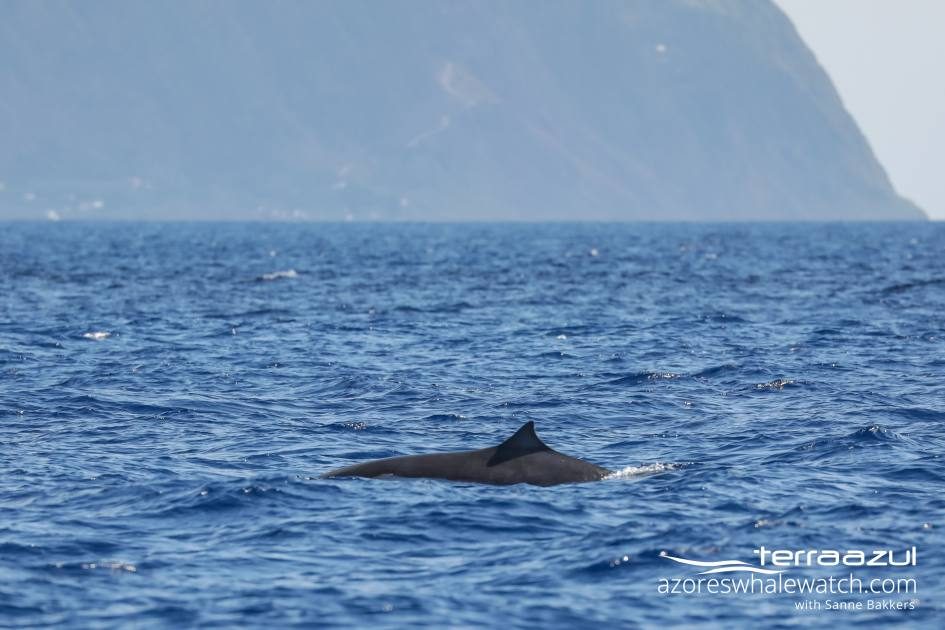 A Cuvier’s beaked whale at the surface with the back and dorsal fin visible.

During our last tour of the day, we came across a small group of Common Dolphins (Delphinus delphis), and Risso’s dolphins were seen again but this time in bigger numbers. We observed not one, but TWO pods of Risso’s dolphins! In contrast to the morning, it was immediately clear that we were not only watching a bunch of adult males…this time there were also some females with their offspring. During all three encounters of this day, the Risso’s dolphins were mostly travelling. Risso’s dolphins appear to hunt mostly at night and during the late afternoon, while during daytime it is more common to see them socialising, travelling and resting. 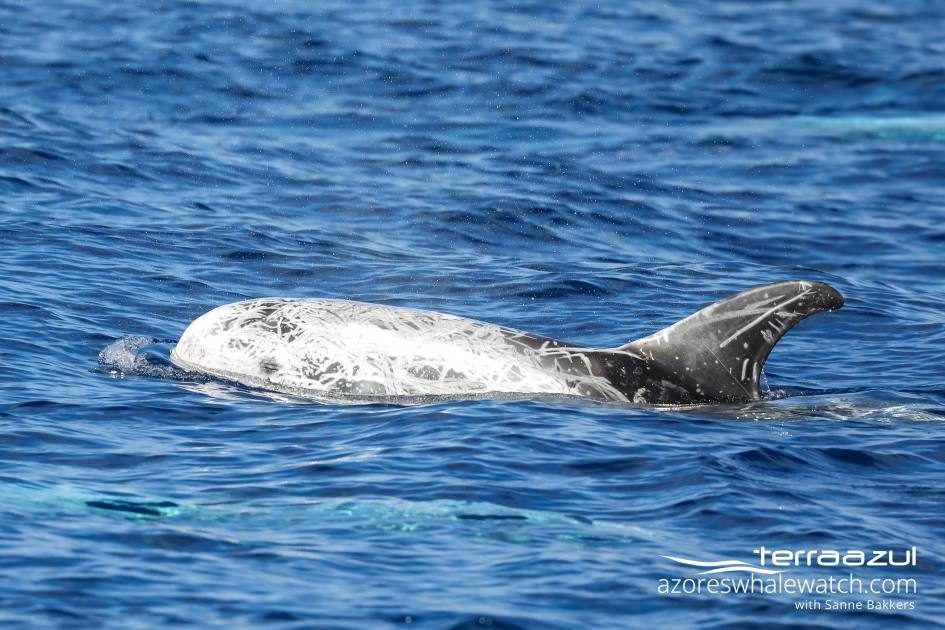 Risso’s dolphin showing the head, back and dorsal fin while surfacing.

How great it is to be surrounded by all this biodiversity, and how amazing are the people- our guests and Terra Azul crew – that make this possible!