Finally back at sea! :D 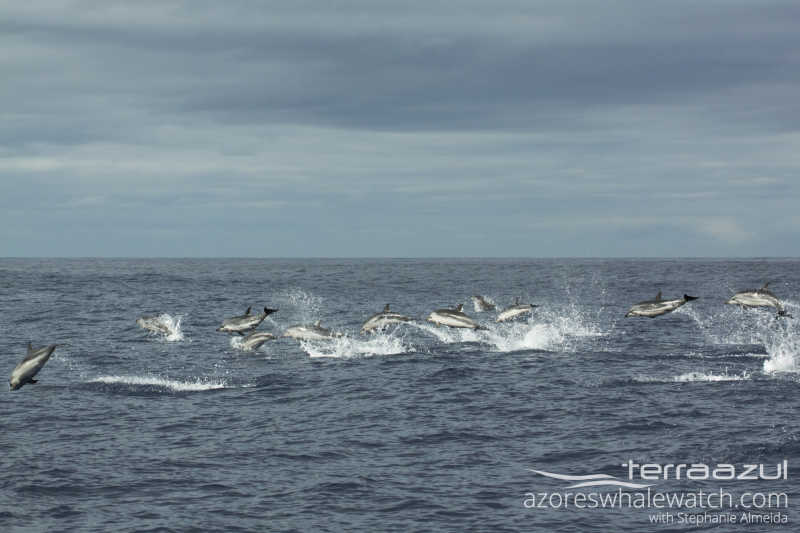 It is already one week now that we have been forced to stay on land due to strong winds and today we took advantage of the weaker breeze and much calmer sea to finally go out after a longer night sleep. We met at our base at 8:30 of the new local daylight time and after the initial briefing we got the green pass from our lookout. That is, when the sea state is safe and comfortable enough, and when there are animals around it means it is time to wear your life vest and get onboard 🙂 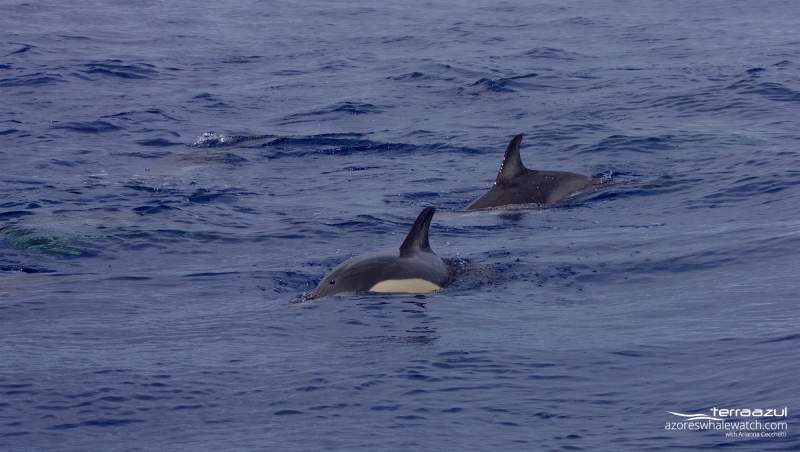 The first encounter counted with some shy and busy foraging Common dolphins and a huge flock of Cory’s shearwaters. The birds were basically everywhere and were surveying a large spot, likely an interesting resources patch. It is possible that most of the individuals were youngster which just left their nest for the first time to reach the ocean. Young shearwaters leave their nests in October and due to their sensitivity to light, they often get disoriented by artificial illumination ending up in streets and urban areas with higher chance to be hit by a car or harassed by cats and dogs. Here below is a young individual released on the beach after been found in a neighborhood in Vila Franca do Campo. For more info about this topic check here and here! 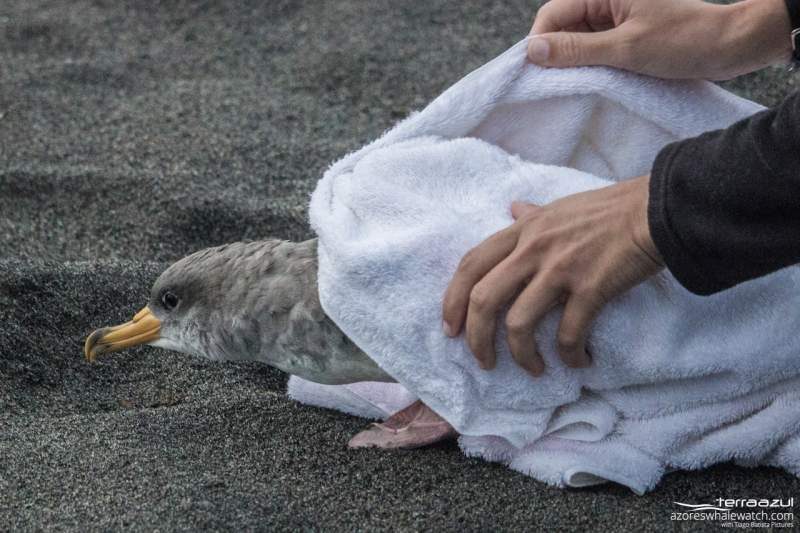 Our lookout today spotted also a blow: a baleen whale was in the area, likely a sei whale! However, as sometimes happens the whale decided to don’t show up. Instead we went to see some very active striped dolphins, which we followed until they disappeared among the blue waves.

Happy to be back to our ocean and its wildlife, we are now waiting for tomorrow’s adventure! Join us 😀