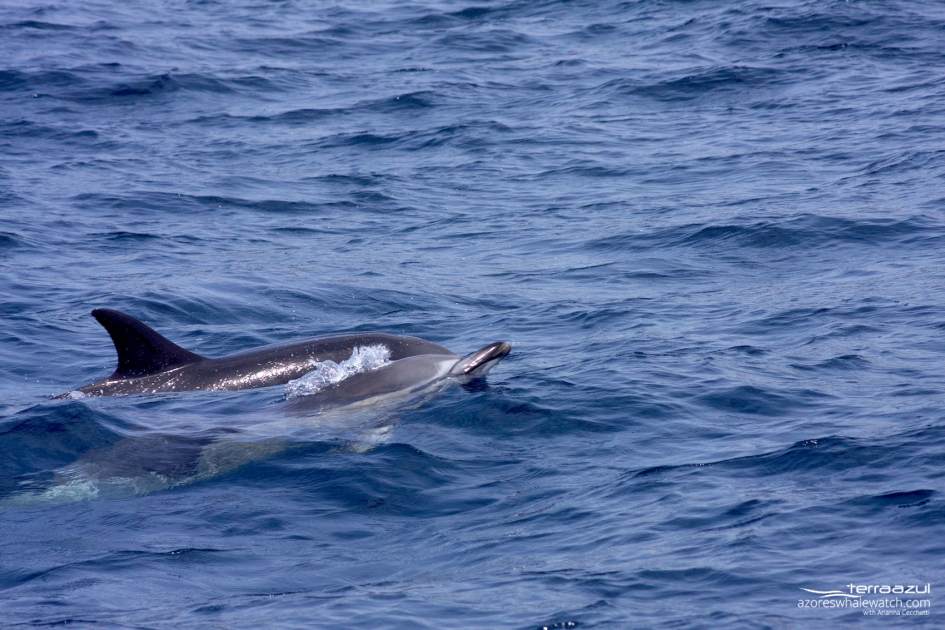 Nice weather to go out in the ocean today! In the morning we were able to see a very nice group of common dolphins, with some individuals leaping out of the water and showing their typical colouration. Few of them had completely pale dorsal fin, contrasting with their dark back, others had completely dark fins and others showed a lighter patch. This variation in colouration seems to be stable over time and have been suggested being a possible tool to identify single individuals, either alone or together with other markings present along the edges of the dorsal fin. However, in common dolphins these notches and nicks are not that frequent. 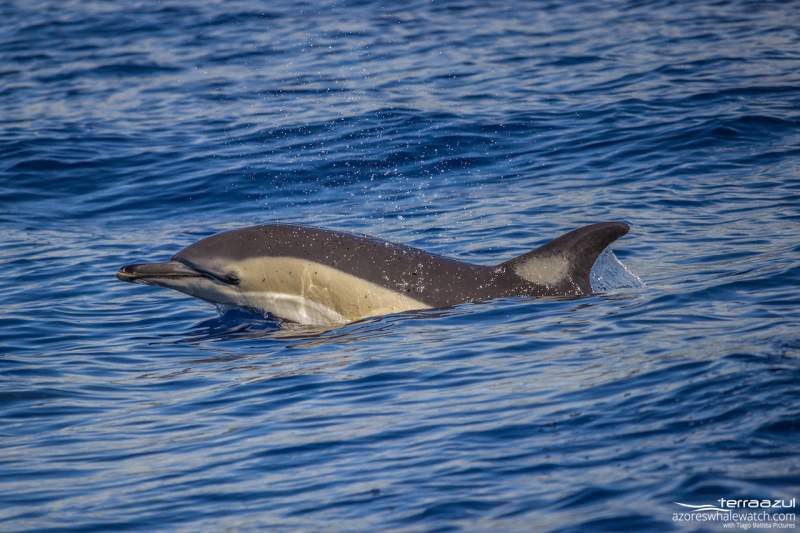 These dolphins seemed to be the only species around, until eventually a fin whale was spotted not far from the coast. The individual was likely resting and we could see it coming up once before disappearing again. We also had the pleasure to see a young loggerhead turtle 🙂 This time we were not able to tag it, though, as it dove almost immediately.

In the afternoon we saw again the common dolphins and our lookout spotted the blow of the whale, likely the same individual, but this time it decided to don’t show up. Few guests also saw a loggerhead turtle, so when you join us always keep your eyes open, you never know what you could see 😉 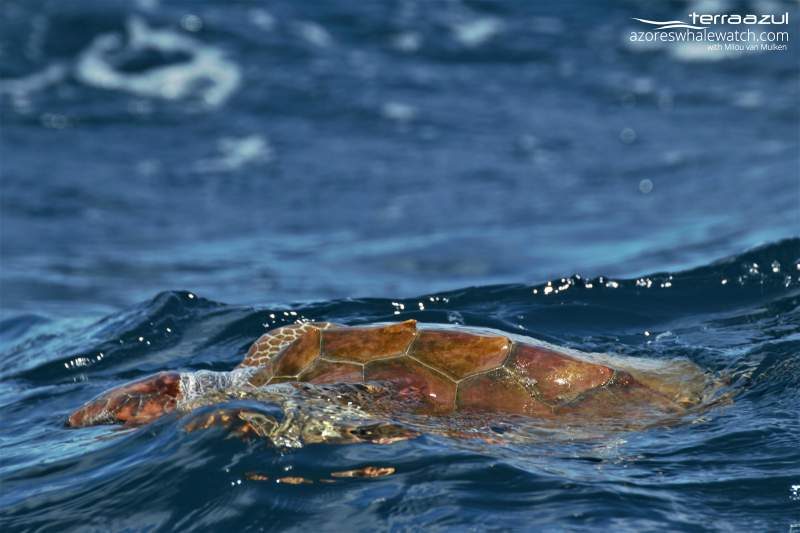