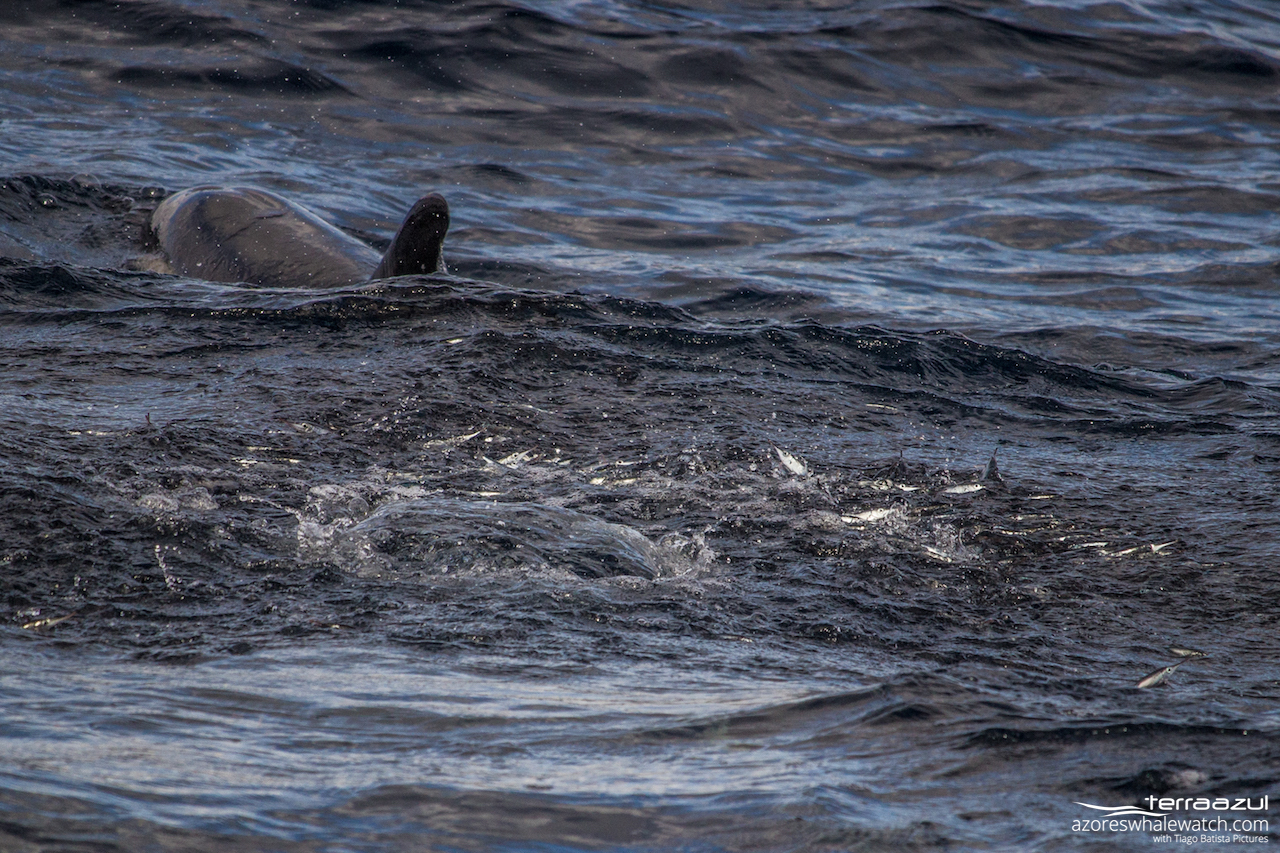 It has been a nice and sunny February day today! But don’t let the sunshine fool you….on the sea it was freezing cold!
Luckily the animals were not so cold with their blubber 😉 and they showed up as usual.

In the beginning we stayed with a very relaxed and small group of about 15 Common dolphins, that seemed to be resting. 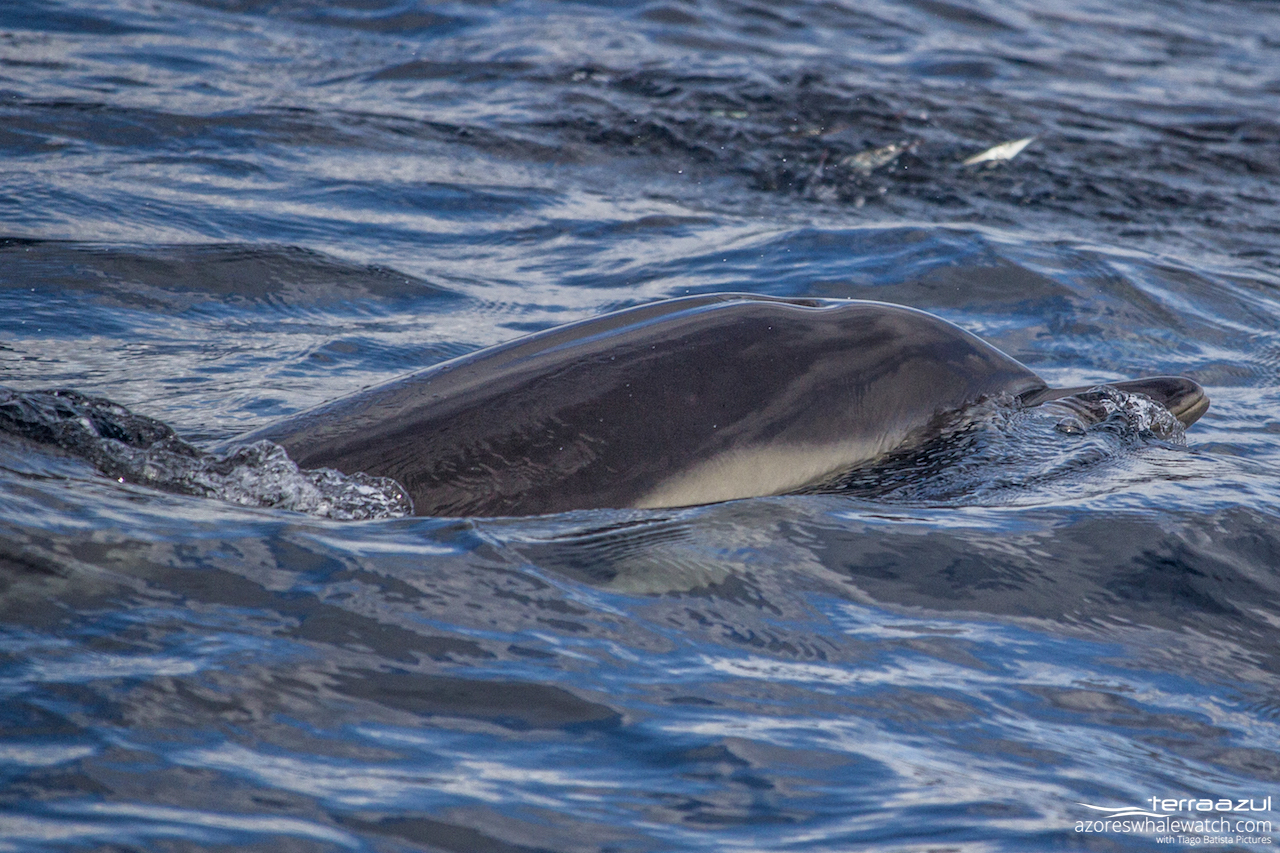 But after a while our lookouts surprised us like they like to do very often! And we went to an area where we found 4 or 5 Beaked whales. We don’t see these species very often, and especially not as well as we saw them today. As they usually surface only once and then disappear, this time they surfaced at least 4 times, with intervals of about 8 minutes. There are about 6 species of Beaked whales known to appear in the Azores from time to time, some more then others. Since we did not get to see their head area and colors can often be misleading, we cannot identify which species it was today, so let’s just say “Beaked whales” 🙂

And one of the larger Beaked whales of this family surfaced…

And then we went back to the Common dolphins. This time it looked like another group and they were so funny; they were more than the first time we saw them, and were feeding on the surface on tiny fish. They were one on one with the fish, as they were grabbing them out of the water. As the dolphins surfaced, the fish were all flying around and they actually sticked to the dolphin skin and fell off when they went down again. It was so cute to look at!

Don’t forget to bring your hat, scarf and gloves for your next trip, and join us on the adventure! 🙂