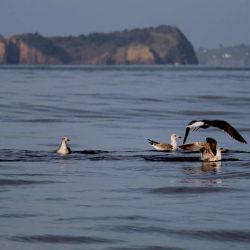 Yellow-legged gulls (Larus michahellis) waiting for the best chance to feed. In the background the ilhéu of Vila Franca do Campo 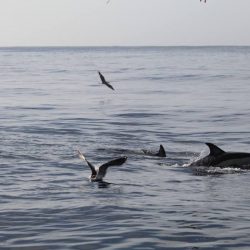 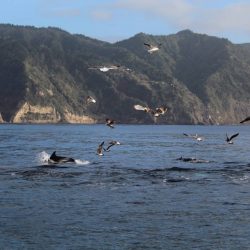 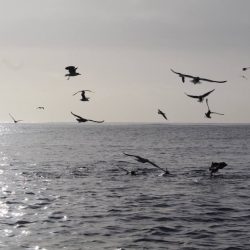 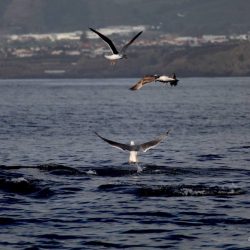 We started February with a beautiful day out at sea. The chilly air reminded us of the time of the year we are in, but the sun was bright and the ocean close to the coast was completely flat: a peaceful atmosphere interrupted only by the surfacing movements of a group of very calm common dolphins. The group was split into two, with some engaged in a “lazy” social behaviour and other resting. This calmness, though, didn’t last that long, as the resting dolphins all of the sudden started travelling and engaging in foraging. Soon the acute calls of the yellow-legged gulls were filling the air, while excited were trying to take advantage of the banquet. The protagonists of this scene will be soon replaced by the migratory Cory’s shearwaters, expected to start arriving by the end of the month.

Further from the coast another group of common dolphins was socialising, while displaying a tight cohesiveness and a lot of body contact behaviour.

A good start for this month I would say 😉