Not gold, but dolphins at the end of the rainbow 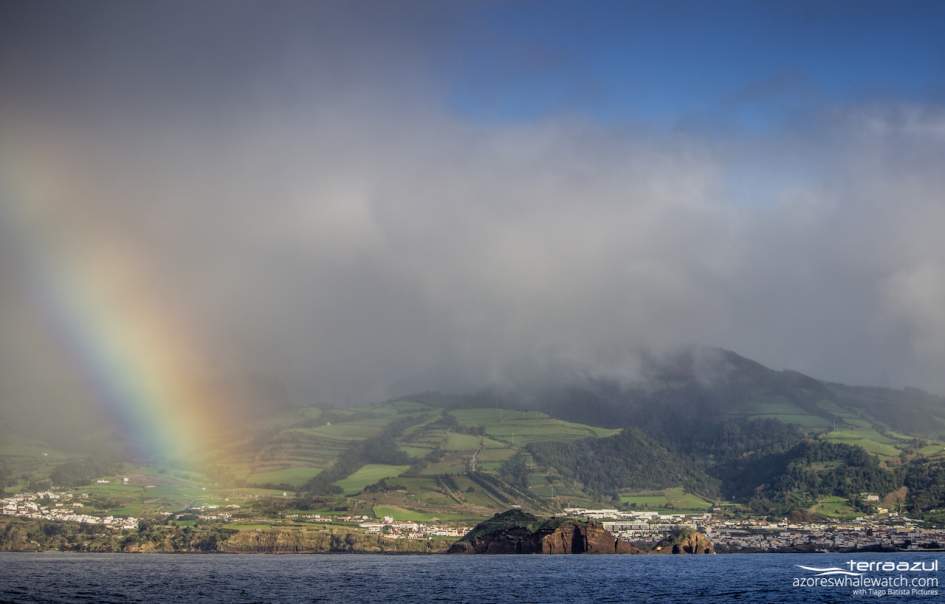 We left the marina with views to a rainbow today. Let’s be honest, we get rainbows here about 340 days a year. But there are not always whales and dolphins jumping under them. Today was such a day, that we found a group of Common dolphins at one of the rainbow’s ends. It was just a good as finding a pot of gold, though!

The dolphins were just with the 2 of them at the beginning, but after a while they became more active and at least 15 were seen at the surface. It seemed that they started their feeding rituals, as they sheared through the water, followed by the birds.

We noticed this is the first day of this year that the Portuguese Man of warship’s were back around our coast. They were all really tiny and cute, but when they sting you, it’s not very cute at all. Be careful for their tentacles that can reach 50 meters in length (in exceptions) because they hurt very much. We expect them to stay around now for quite a while. 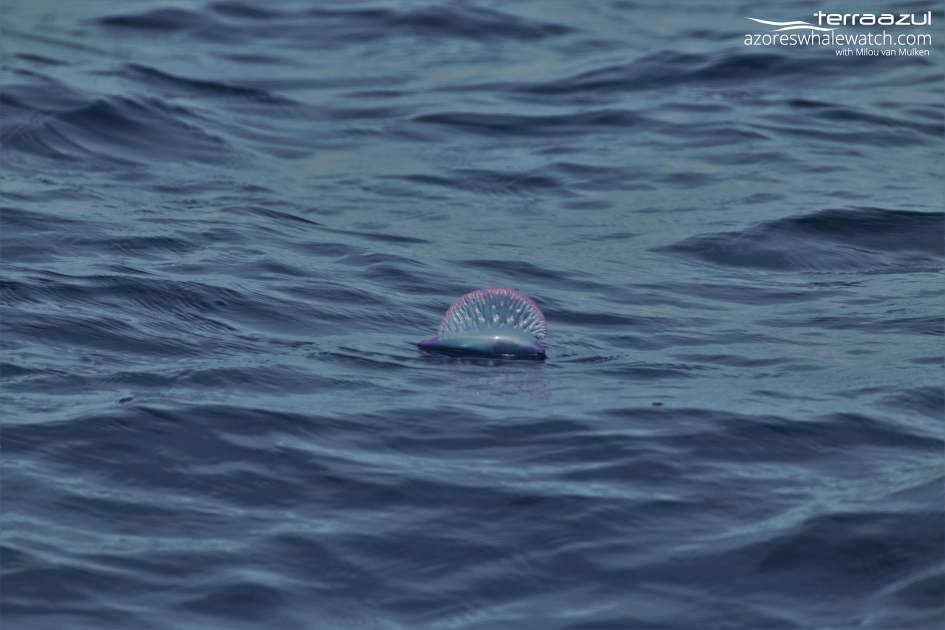 At some point we let our new hydrophone under water to listen at what’s below us. Turned out we could hear the distinctive clicks of a Sperm whale, using its sonar system. Sound can travel extremely far under water, so this time we did not see the whale, but hearing it live was super interesting too and a different experience.

See you soon, we are going out more often now, since good weather is coming up! 🙂