A Saturday morning in the company of whales and dolphins :)

Now, this was a great morning! 😀

Besides the difficult light conditions due to the clouds which created a mirror effect on the ocean surface, we had very good sightings today. First we met a group of common dolphins just outside Vila Franca do Campo, our backyard 🙂 They were foraging and kept changing direction quite often and quickly, nevertheless we could appreciate their beautiful colours. One calf was also observed in the group, possibly born in autumn.

We then left this area to reach a group of ca.10 sperm whales which were close to the coast, indicating they were not foraging as this species occurs at >1000m bathymetry when feeding. We kept due distance to avoid disturbance, especially considering they were likely resting and some socializing, with one individual spyhopping. 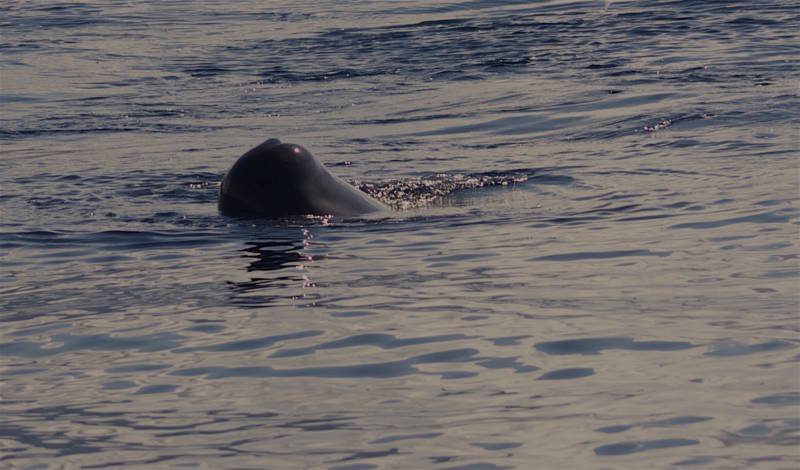 Portion of sperm whale’s (Physeter macrocephalus) head while spyhopping, namely the blowhole which is visible at the far left tip of the head

Example of sperm whale sightings off the south coast of São Miguel. The black line is indicating the bathymetry of 1000m, where most of the sightings of this species occur.

To check more maps on sperm whale and other species sightings please visit: