We started our morning tour with so much energy! A large school of common dolphins were travelling eastward alternating a medium to a fast pace rate. Many individuals were leaping out of the water showing for a quick glimpse their beautiful colours. Later during the tour more individuals were joining this part of the group and all in all there were hundreds of them in the area. The second half of the group were even faster (porpoising) as if they were late in “catching up” with the others. One of the reason why dolphins travel is to move among areas of good availability of food, so these fellows might have decided to check the east side of the island for a fishy breakfast 😉

In between these speedy encounters we enjoyed few relaxed sperm whales, which not being too far from each others, they were recovering from their deep dives. With no rush we waited the time needed for them to oxygenate their bodies and eventually they were taking another deep dive showing their tails. 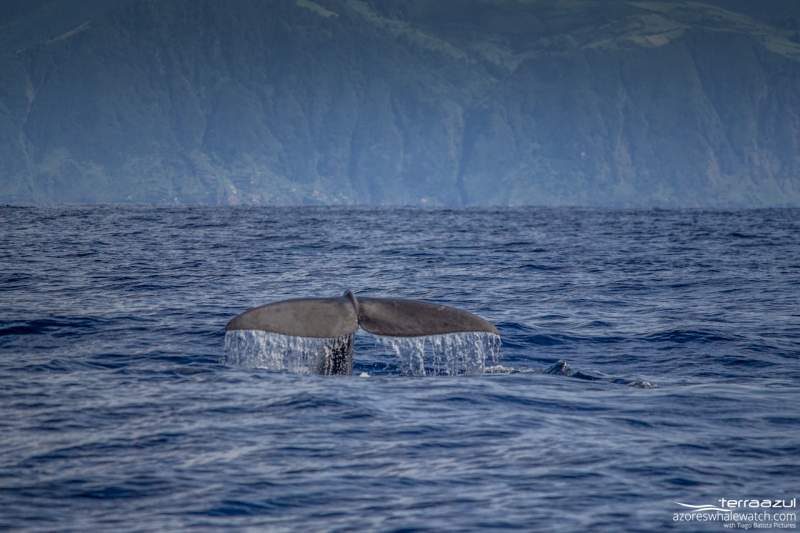 We did have a whale…and a dolphin of a time! 😀