Sperm whales in the air, everywhere I look around !!!!!!! 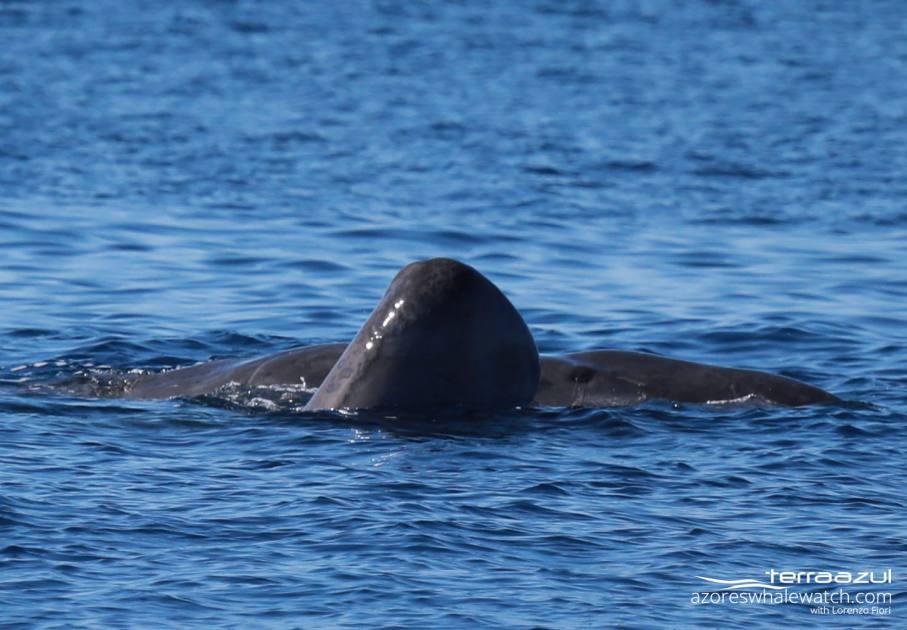 Today the sea was amazing, not only were we lucky to encounter a 5 different species of cetaceans but their behaviour was outstanding.

It is always a delight to observe animals in their own environment and how they behave. Today our sightings began by locating 3 juvenile Sperm whales (Physeter macrocephalus). They were spyhopping in order to better understand what was going on around them. The social animals were interacting amongst themselves.

We continued our journey and observed a small group of Common Dolphins (Delphinus delphis). The fast animals were just surfing the waves at the surface and interacting with the Cory’s Shearwater (Calonectris borealis). We decided to focus our attention on the migratory Striped dolphins (Stenella coeruleoalba), that were in the area. Their behaviour was as usual, diving and avoiding being disturbed. We decided to leave them alone since the pod of dolphins had a lot of new born babys. Not only humans have a maternal instinct, the same applies to mammals in the wild. 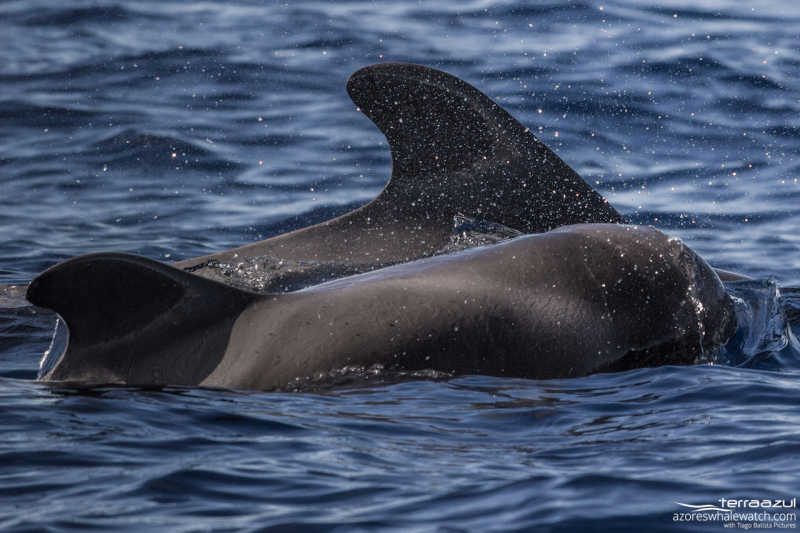 Closer to shore we observed a big momma Sperm whale spyhopping as well, but this time there was a calf with her, milking. The calf usually stays at the surface with the mom who is very still sucking the nipple and moving up and down, in order to be able to feed as much as possible. After we decided to the leave the animals alone, since it’s important to respect mothers and calves. We headed back to our beautiful island of Villa Franca do Campo to explain about this important protected area that is a nesting area for different species of birds.

Another amazing day filled with emotion and amazing adventures thanks to the cetaceans that we can find Azorian waters.