Where will you resurface ? 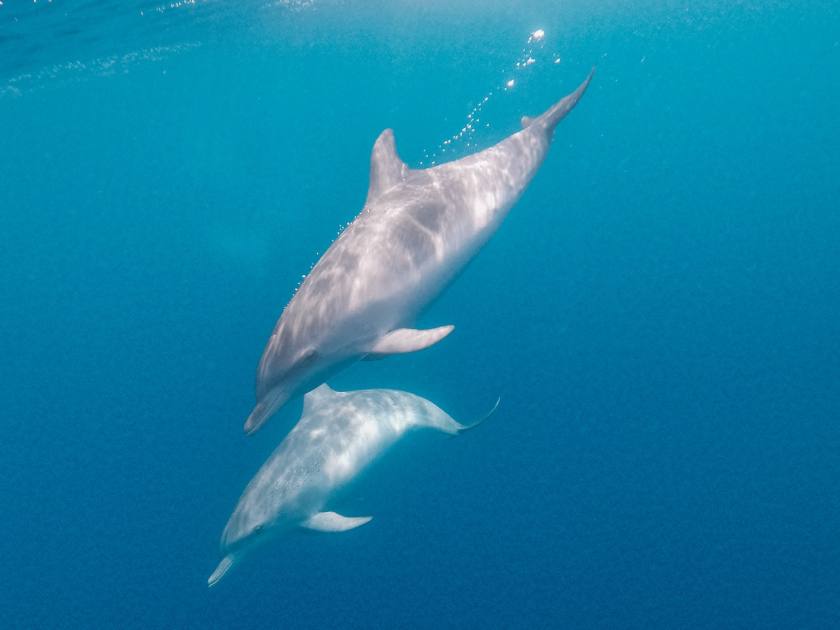 Well, today the Sea conditions were a bit peculiar to be honest. We had a perfect mirror clear ocean combined with dusty air surrounding us. It’s true, we might not think about it but actually we are not that far away from the Canary Islands and the ashes appear to have reached the Azores.

But no worries, we still had an amazing time out at Sea.

A nice pod of Common Dolphins (Delphinus delphis) greeted us from up close. I love it when they slalom between the left and right side of the boat obliging us to guess where they will resurface next. 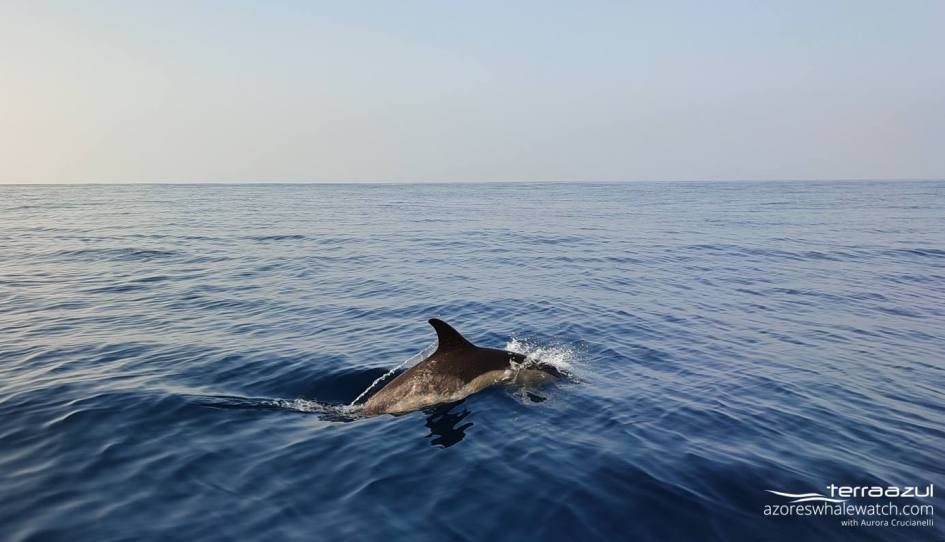 Then, we managed to have a look at our “Spotties” or commonly called Atlantic Spotted Dolphins (Stenella frontalis). Normally, they like to be very active but during our trip they were super relaxed and just slowly swimming next to us and resurfacing to breath. When the water is as clear as today, the look of them swimming under water is just magical. 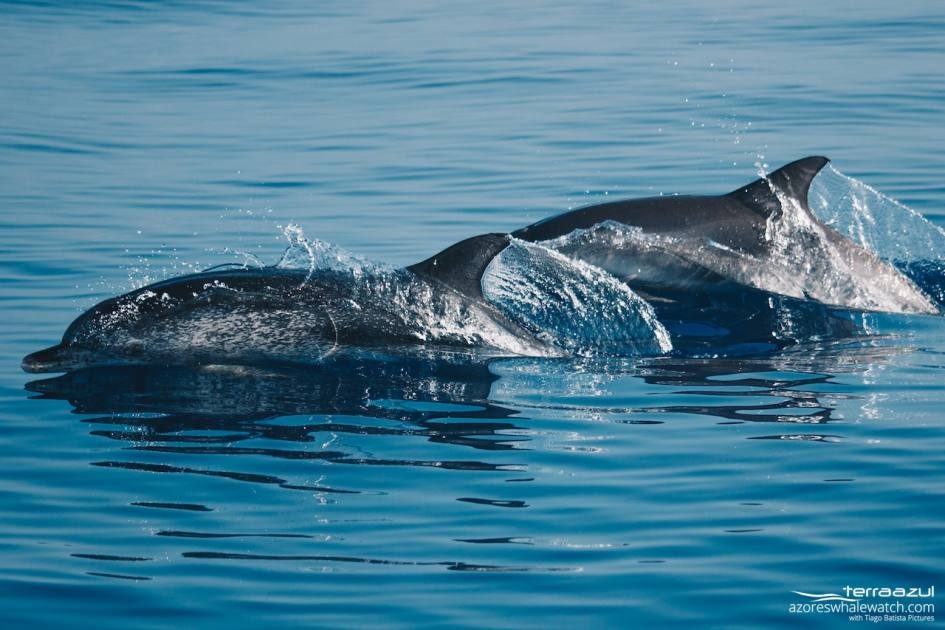 Atlantic Spotted Dolphins (Stenella frontalis) swimming side by side

Ohh and wait, the Risso’s Dolphins (Grampus griseus), my all-times favorites, showed themselves too. It was a few days that I was missing them. They just are majestic, so calm and empowered. 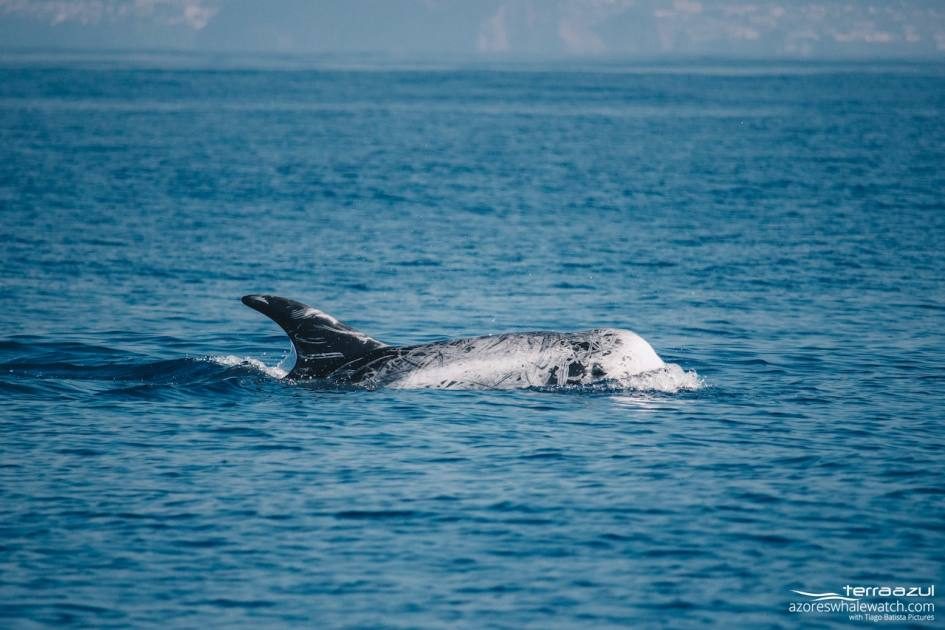 And well, it seems that it was around lunch time for everybody. The Risso’s went for a few deep dives and we retrieved some remains of Seven-arm octopus (Haliphron atlanticus) which was probably the leftovers of one of the Risso’s Dolphin. 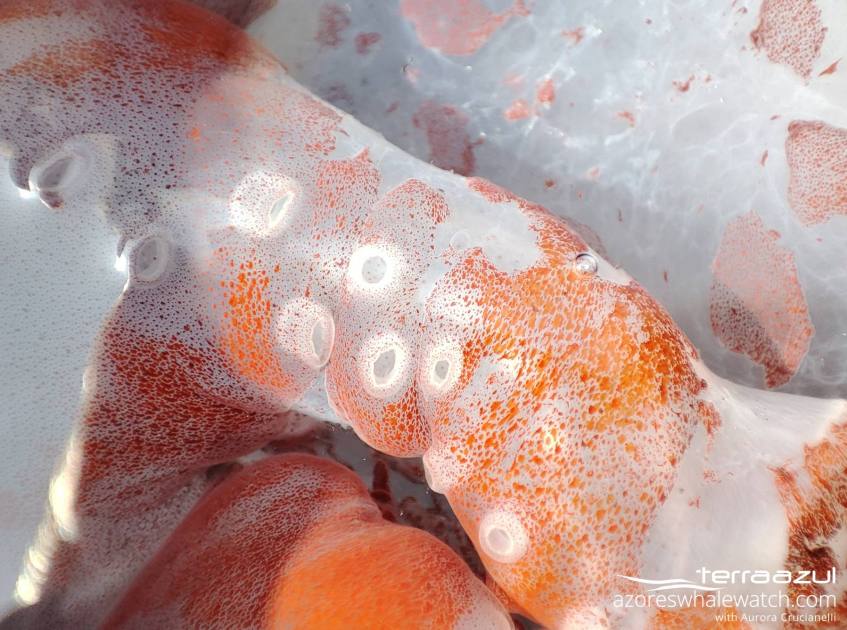 Seven-arm octopus (Haliphron atlanticus), zoom on a tentacle and its suckers

Do you know what else is very cute to observe out at sea? A Common Tern (Sterna hirundo) resting on a wooden raft and trying to keep in balance. So funny to watch. 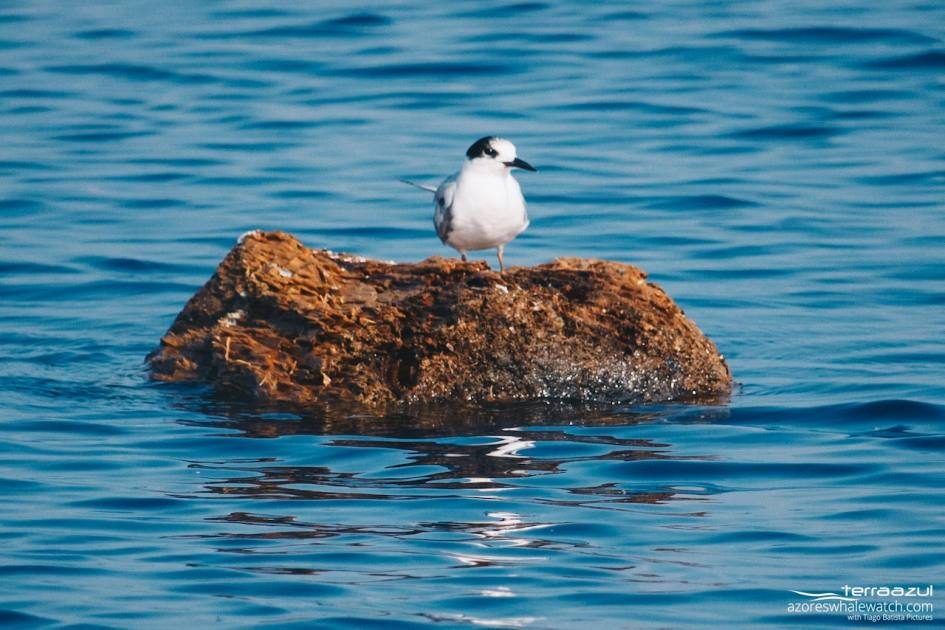 Common Tern (Sterna hirundo) resting on a piece of wood

See you next time for some update on some amazing Azorean marine wildlife.