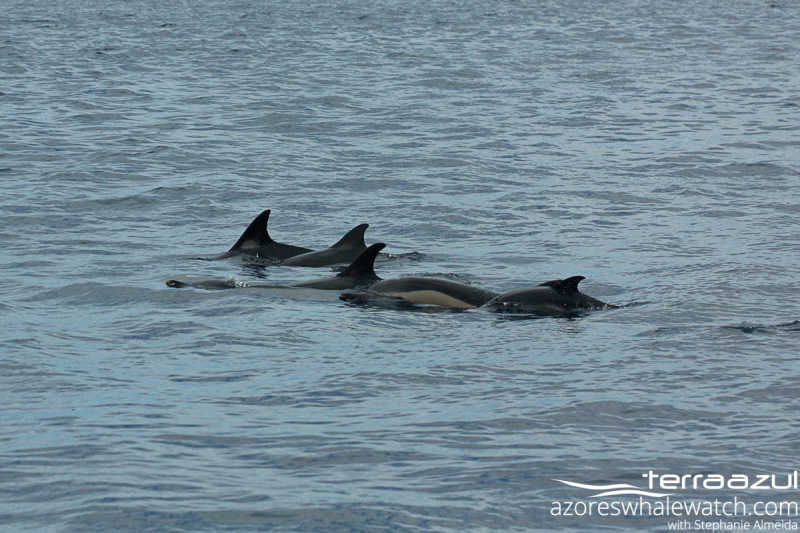 In the morning our boats headed out in the ocean to find some marine life. After a couple of minutes we were close to a group of Bottlenose dolphins. There were adults, juveniles and calves in the group. Did you know, that there are two different ecotypes of Bottlenose dolphins? The coastal are smaller, slimmer, and lighter; and offshore are bigger, bulkier and darker. Here in the Azores we have something in between: after all they live close to the coast but on an oceanic environment.
The coloration of this species varies too, mainly individually but also geographically, with some all grey and others having conspicuous white belly and/or a darker cape. 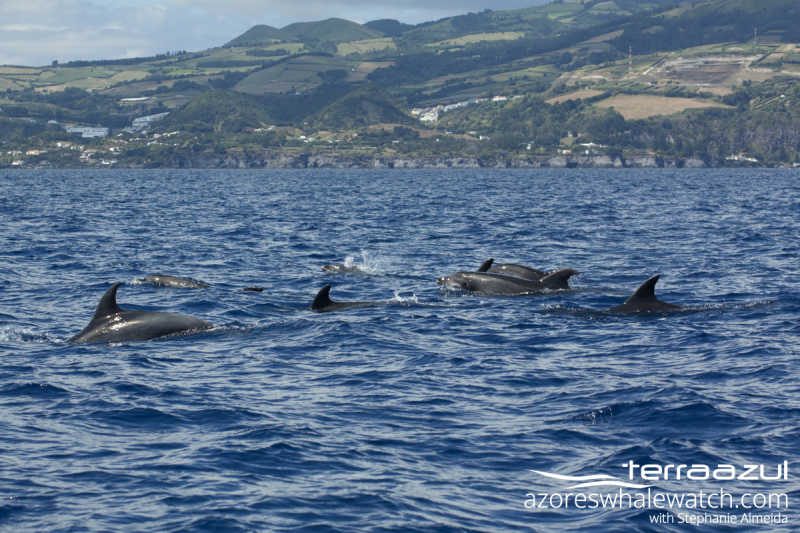 Subsequently we were able to observe a lot of Portuguese Man O’ War on the surface and also a large group of Cory’s Shearwaters, that were resting on the sea.

Near to the Shearwaters, a huge group of Common Dolphins appeared and showed their streamlined body in artistic jumps. It was amazing to see such a big group of dolphins and Cory’s Shearwaters together! We often see them in close association during feeding time as the dolphins push the fish to the surface, making the job much easier for the birds.

In the afternoon, the animals seemed to be a bit shy until Filipe spotted a big, spread out group of Bottlenose dolphins. Some were coming close to the group, some socializing in the distance. We were enjoying their company when a baby Sperm whale came to the surface! Although we didn’t see it’s mother, Sperm whale calves are never alone. However, they can’t keep up with their mother’s long dives so they wait closer to the surface. 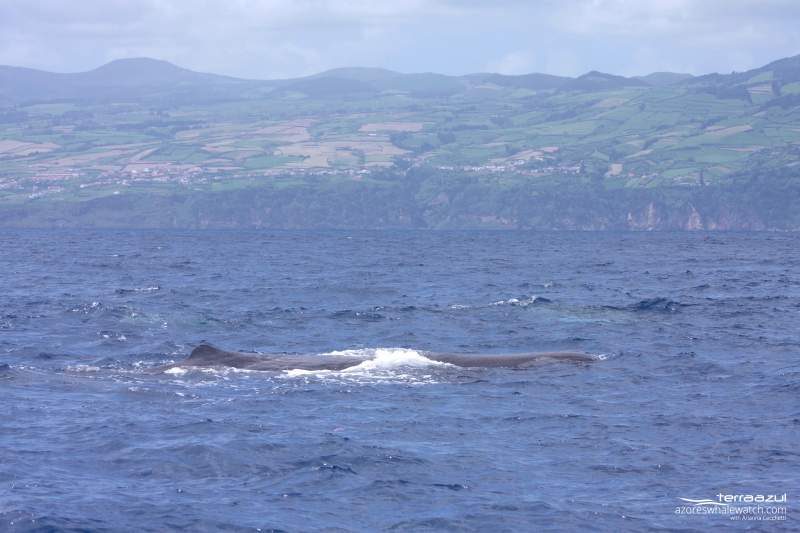 The trip finished with a large curious and playful group of Common Dolphins, which were also the protagonists of our swimming tour. They were feeding and associated with Cory’s shearwaters. Some of them approached very close our swimmers showing curiosity and one even touched the feet of a young swimmer. Everyone was satisfied and enjoyed very much their time spent with the dolphins.

When will be your turn to join us? 😉