False Killer whales, the cousins of earlier this week! 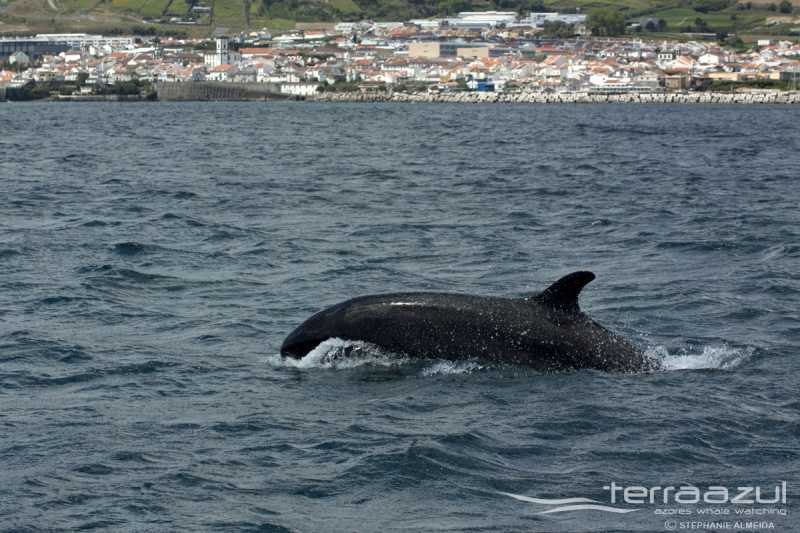 Our today’s afternoon-tour started with something extraordinary. After leaving the harbor and driving south for approximately 10 minutes we found ourselves in an area where False killer whales would travel through. And after a few moments they did. While seeing them from a distance is already really special we have been extra lucky today, as they soon started to approach the boat! They could not possibly have come any closer. Despite their name, the False killer whales are actually dolphins. Once you know this you wil maybe see how their dorsal fins have the same shape as the ones from (for example) Atlantic spotted dolphins – except their size and colour of course. The scientific name of the False killer whale is Pseudorca crassidens. Today we could easily see their size in comparison to the boat. Beautiful black swimmers 🙂

After a long time with them we decided to leave them alone again, as our lookout spotted a blow of a “big something” somewhere in the east. While being a bit tricky to find in the beginning, our patience has been rewarded and we could see the beautiful Fin whale. During the next hour we saw several individuals with different behaviour, some of them feeding, others resting a bit longer before their next dive. It is touching, seeing these calm giants in front of the island, hearing their blow and trying to imagine how their life looks like. In between these calm moments, several Common dolphins appeared on their travel route. Before heading towards the harbor another group of them was shortly around us.

It has been a special day!