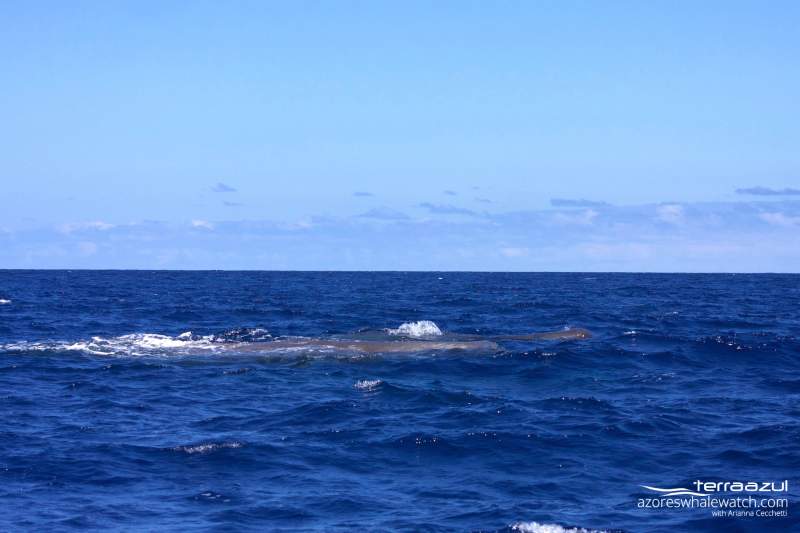 We started the day with a huge group of Atlantic spotted dolphins, or better to say the ocean was filled with them and everywhere the eyes were looking they were finding dolphins 🙂

They were alternating travelling with foraging and at some point they started porpoising, which is the best behaviour to appreciate their coloration patterns as they come up completely out of the water. The end of the day was also filled with these little and active dolphins still engaged in foraging with many Cory’s shearwaters. 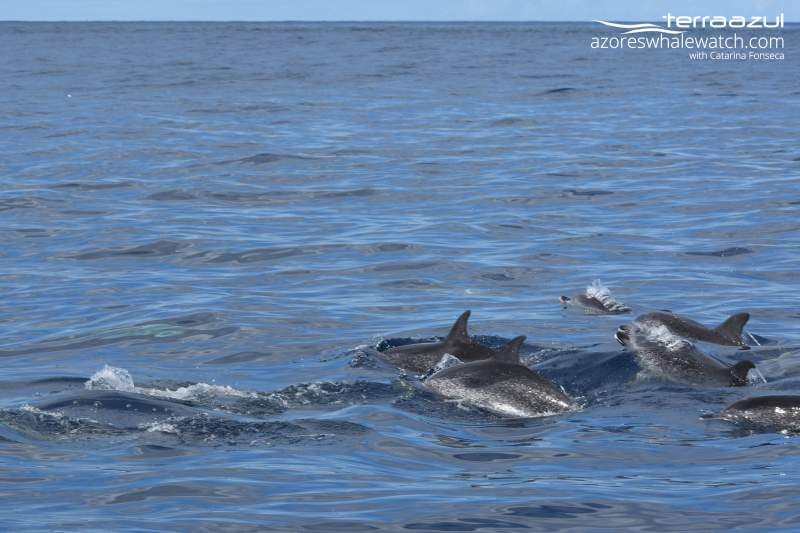 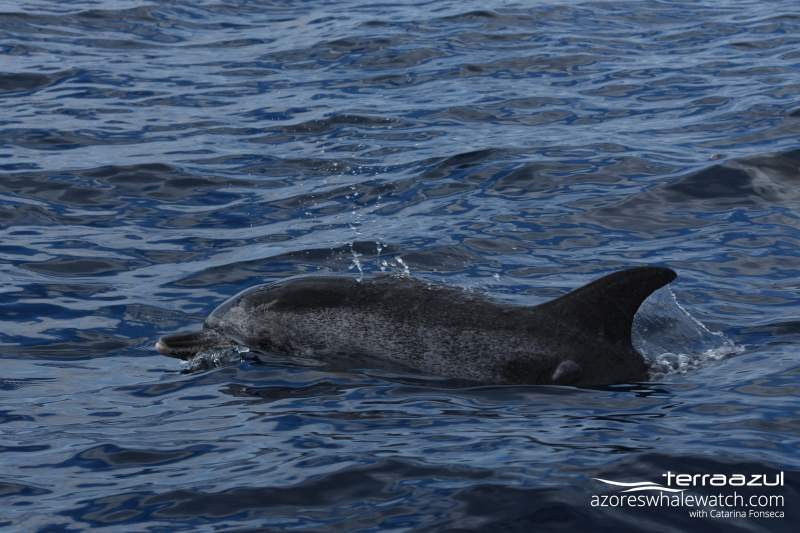 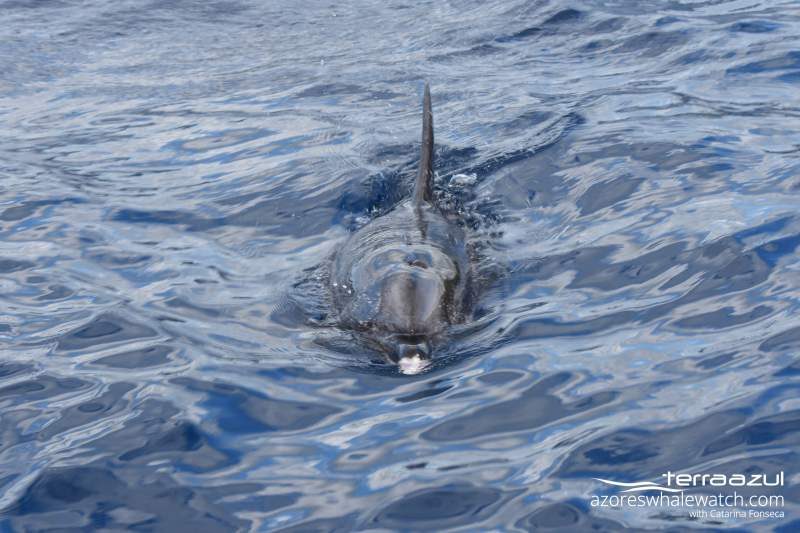 Filipe also spotted some travelling short-finned pilot whales. The group included a large male which approached the boat while the rest of the group stayed a bit further away. The pilot whales were still in the area when we headed out in the ocean in the afternoon, however their elusive behaviour prevented us to find them again.

We enjoyed instead a tight group of travelling common dolphins, while the other boat of Terra Azul could swim with them. We also saw a juvenile loggerhead turtle while swimming below the surface. 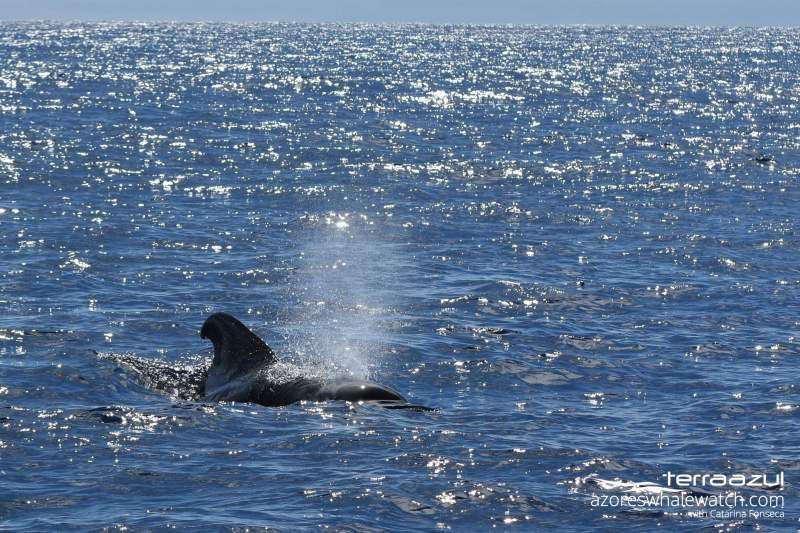 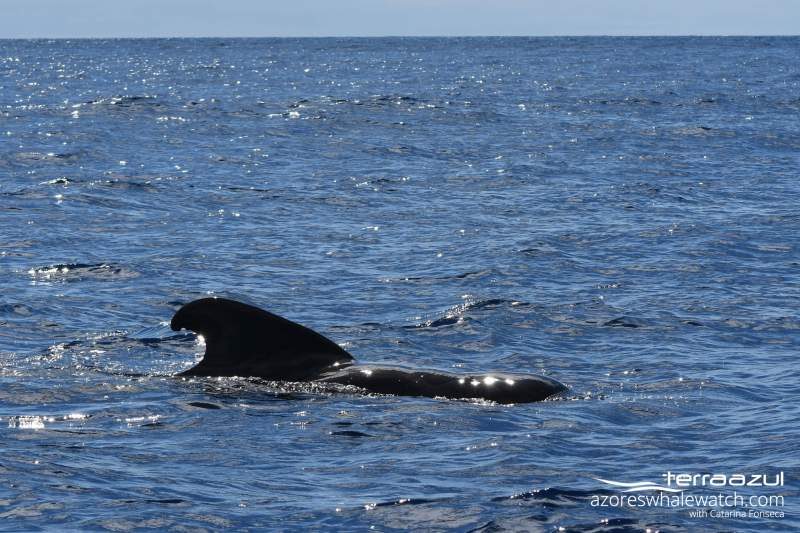 At some point Filipe spotted very far out some sperm whales so we headed there, and for the joy of our eyes we saw eight individuals of which one was a calf. They were socializing, rolling sideway and exposing half of their fluke out of the water, one did spy-hop twice and the calf approached our boat before rolling sideway and exposing its flank with its little flipper. Just adorable!

So in the end we were payed off by our patience while waiting to see the pilot whales. That’s nature, unpredictable!  😀 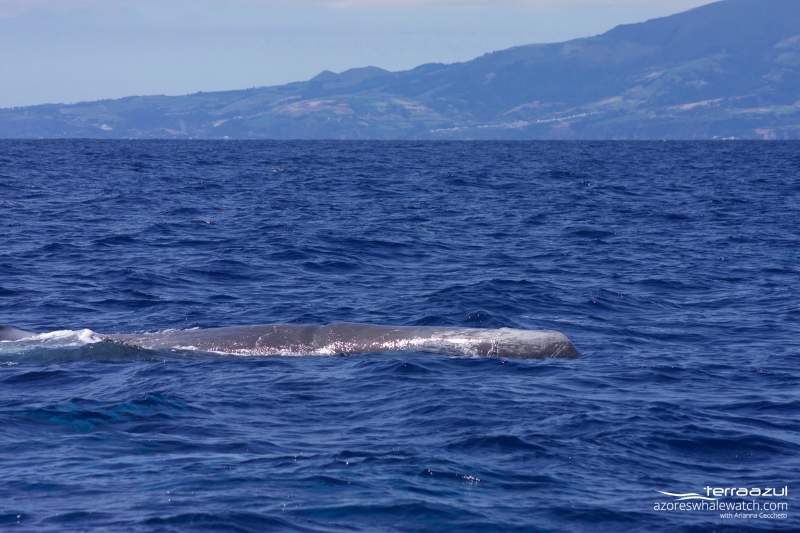