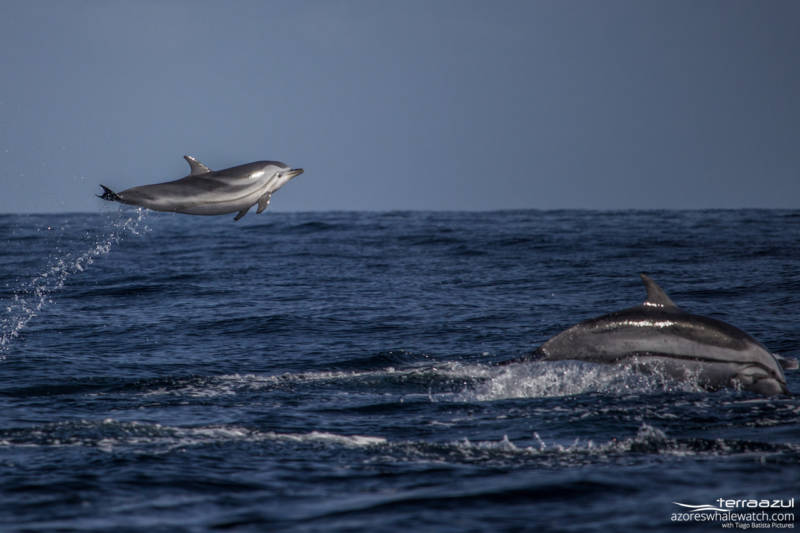 Male sperm whales can reach 18m in length and today we had the chance to see one of these large creatures. It was travelling and when surfacing to breath it was showing its prominent head, typical for males. Since it was travelling it didn’t show the fluke given the fact that the tail is shown only when the whale takes a deep dive for foraging. 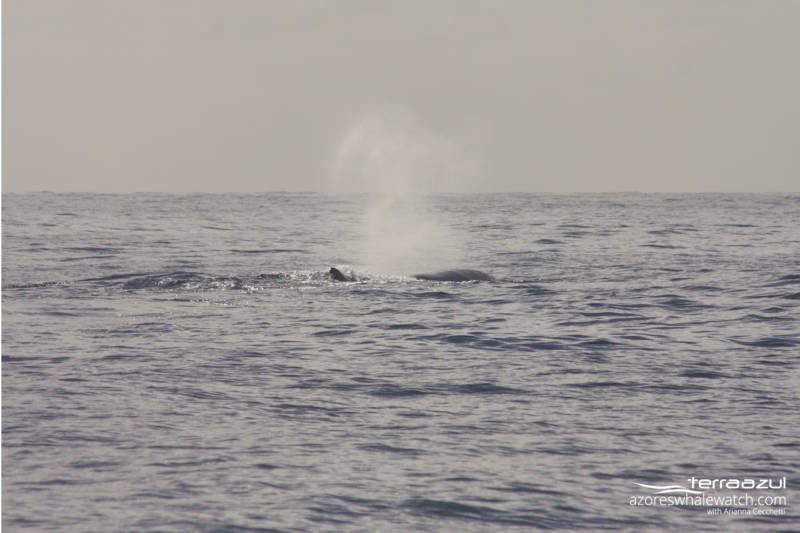 It is always impressive to see whales in their natural environment and male sperm whales are even more striking for their size and because we get see them less often than females and juveniles which reach “only” 12m in length.

In the area of the sperm whale there was also a fin whale and further East a very large group of porpoising* striped dolphins which included many calves. 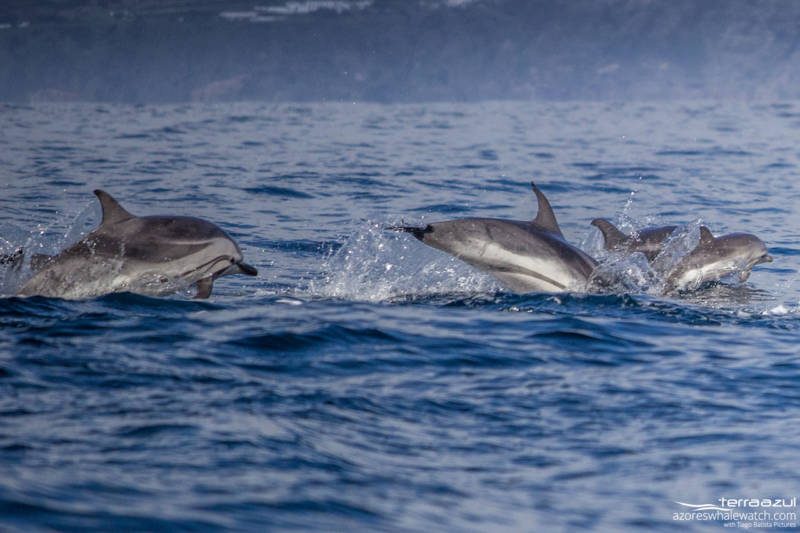 *jumping out of the water during fast travel