Yesterday on our morning tour we saw dolphins, a loooooot of dolphins 🙂

Let me give you a small recap.

We started with a very friendly Risso’s Dolphins (Grampus griseus) encounter. This large, torpedo-shaped dolphin usually travels in groups fewer than 15 individuals, although larger nursery pods with calves swimming alongside their mothers occasionally occur. This was the case yesterday. Usually they are very shy, but yesterday they seemed to be in a kind mood and even approached our boat a couple of times. One of them was spy-hopping and a few minutes later we saw a breach. 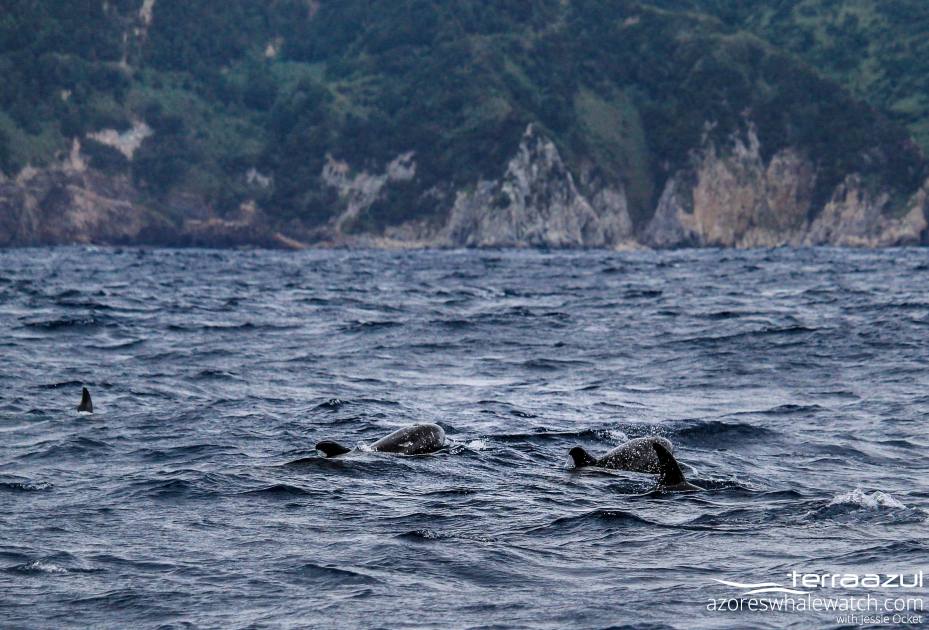 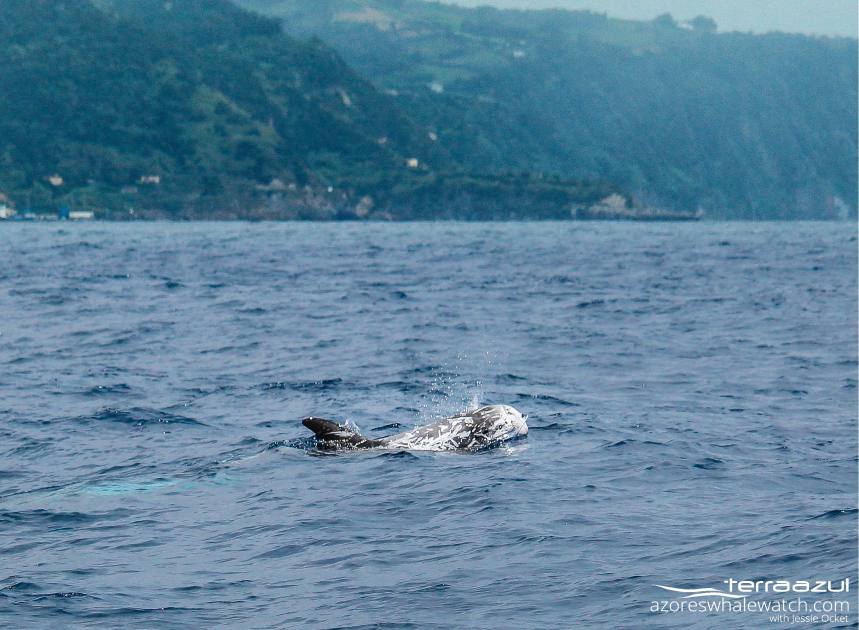 The second dolphin species we met were our resident Bottlenose Dolphins (Tursiops truncatus). It was quite a big group, in a socializing behaviour.

Not so far and long after this we experienced something else. In the distance we saw some of them already jumping. A superpod of Atlantic Spotted Dolphins (Stenella frontalis). And when I say super, I mean super! There must have been at least a 1000 dolphins around. I had never seen so many dolphins all together in my life. It was like an invasion 🙂
It’s also incredible to see the differences between the species. The Spotted Dolphins looked so small compared to the Bottlenose and Risso’s we just saw before! 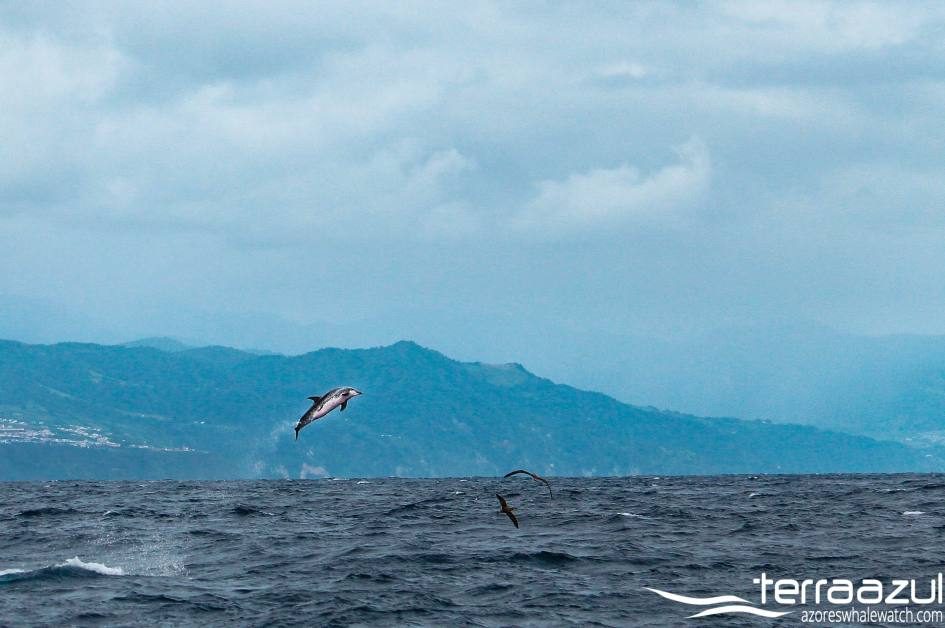 In the afternoon tour we encountered the same pod of Risso’s Dolphins (Grampus griseus) like the morning, still being in the same mood.

After cruising around for some time suddenly one of the guests discovered a group of Sperm Whales (Physeter macrocephalus). It was a group of 4 juveniles and a mother-calf pair. Nature can really surprise us! That’s why it’s always important to keep your eyes open and stay focused on the water.

Seeing these beautiful animals in their natural habitat really is a gift of mother nature.