Our friend sei whale is still around :) 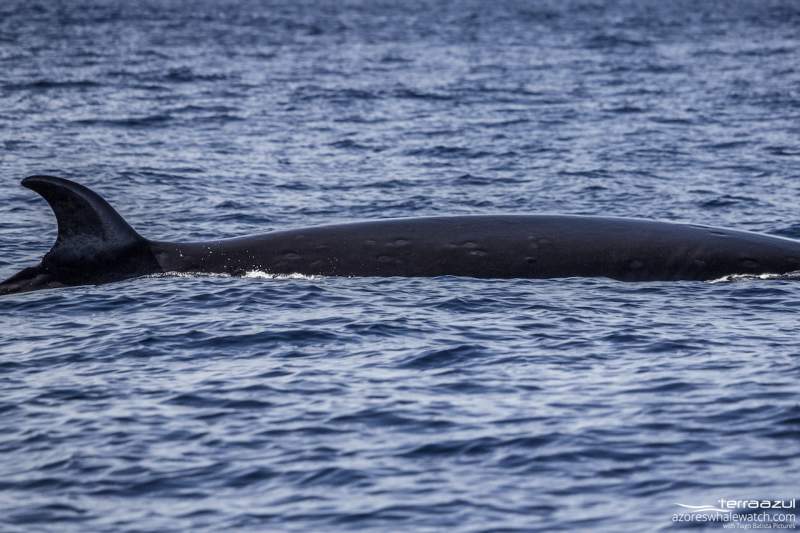 Today the weather and the sea state conditions were a bit worrying at first as the wind started to pick up and more and more waves were breaking the sea surface. It was anyway safe to go out, and as soon as our lookout gave us the green light to go there we were, heading towards the ocean and its inhabitants.

We started our tour with a nice group of bottlenose dolphins fast travelling towards E. Once in a while some individuals were leaping with their bodies completely out of the water giving us the chance to appreciate their large sizes and strong bodies. 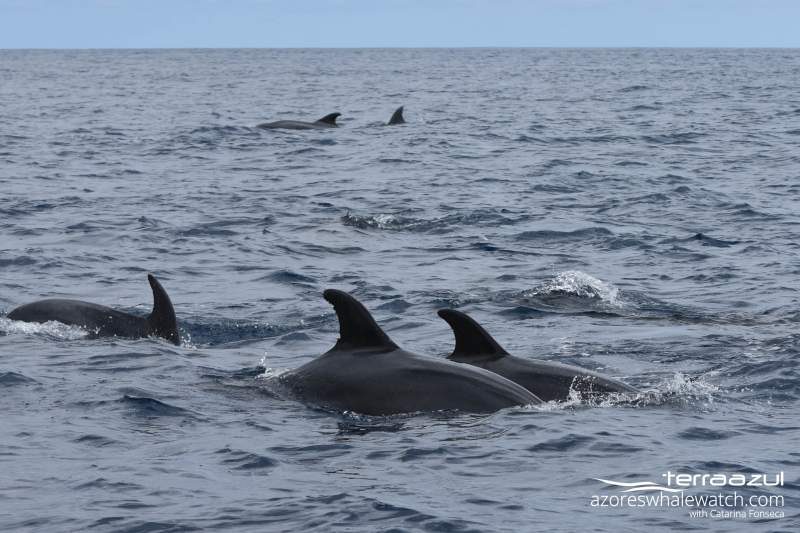 A bit further south a huge group of Atlantic spotted dolphins was foraging in the company of Great and Cory’s shearwaters. Spotted dolphins are much smaller, but we often encounter them in very large numbers and being so active they for sure never go unnoticed 😀 Especially for the swimmers who today got to see lots of them all around. 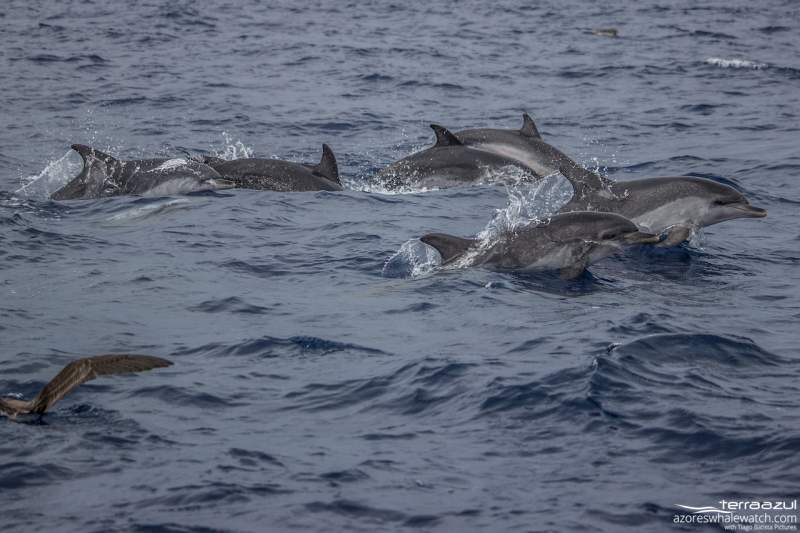 In the same area as the dolphins were, Filipe already spotted a sei whale. So we started to check in all directions to detect a blow or a black back with a dorsal fin. The whale was also foraging, explaining the unpredictability of its movements. Eventually we saw it and so we tried to keep track of it, although it was not always easy as it tended to surface only once to breath. Despite the waves and the erratic movements of the whale, we could confirm it was the same we have been seen on the past few days. How do we know that? Simple! looking at the dorsal fin this particular individual has a large notch at its base. The whale also shows some oval scars deriving from cookie-cutter sharks, a small deep-water shark attacking its prey by biting off rounded chunks of flesh. 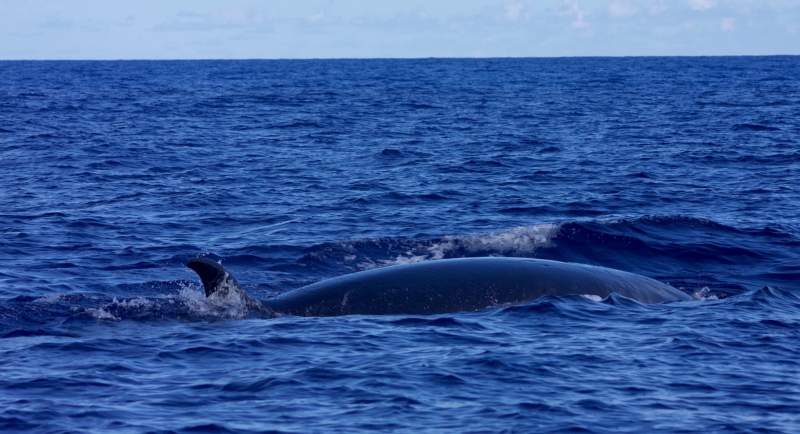 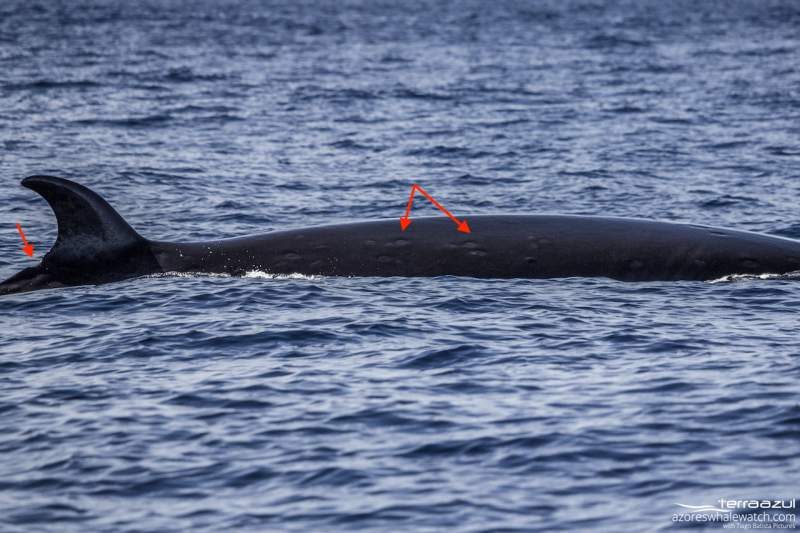 sei whale showing the notch at the base of its dorsal fin, and some oval scars

In the afternoon the wind slowed down a bit at least closer to the coast where we met a large group of socializing common dolphins. They were tight and mostly in body contact, with some individuals mating. Our swimmers were ab;e to see them while passing by all together. We had the chance to follow them for a while, until the wind decided to pick up again. No problem it was time to go back and so we left the waves and the whitecaps to reach the marina and our base for a nice and hot cup of local green tea. 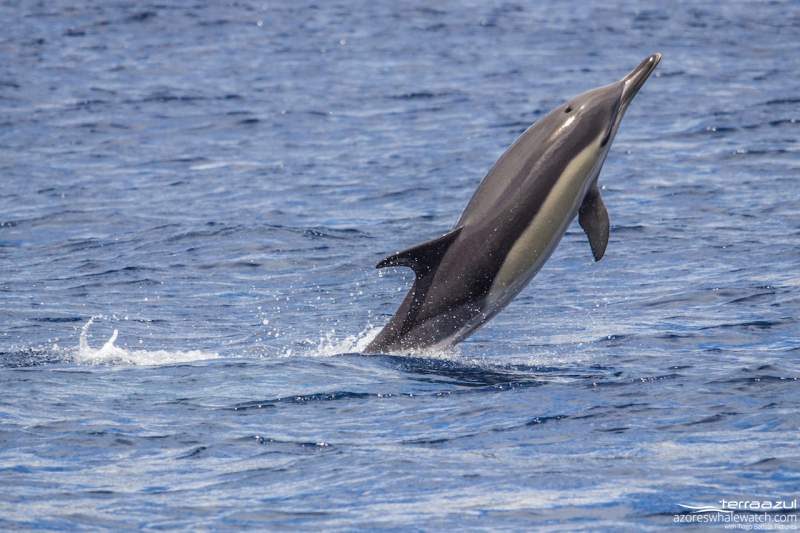 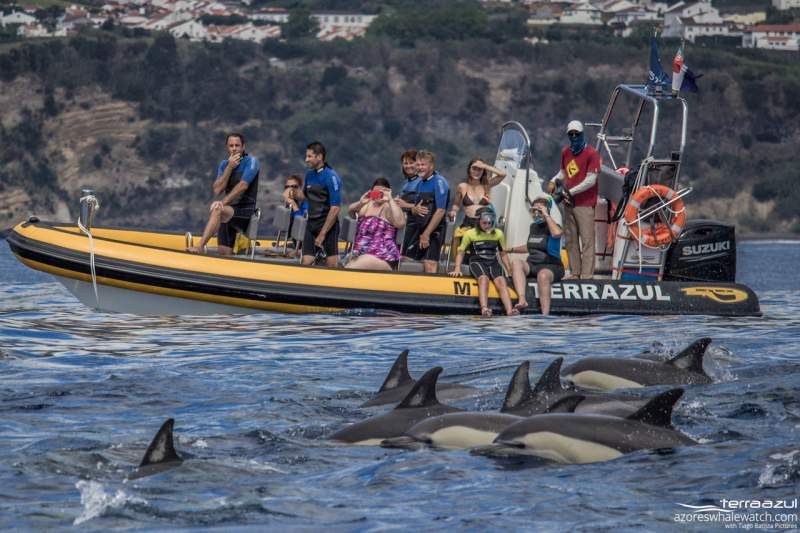