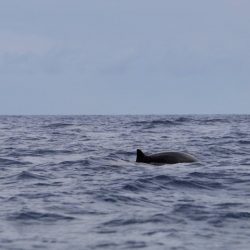 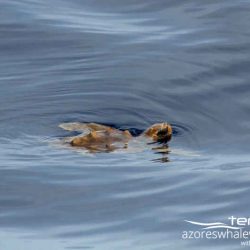 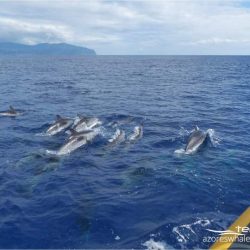 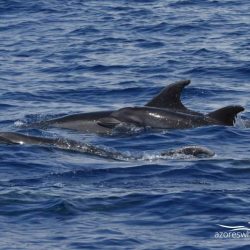 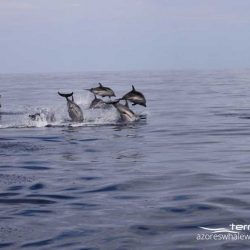 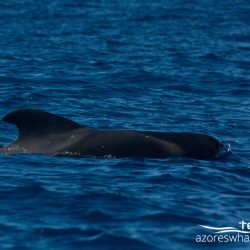 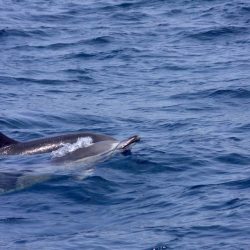 We could enjoy the Atlantic spotted dolphins with lots of calves, the calm short-finned pilot whales and a mix of striped with Common dolphins. Both species were socializing, but they were sharing the same area. The bottlenose dolphins in the afternoon were offering a short show of jumps while the rest of the time were slowly travelling and we could follow them for a bit. The beaked whales, as usual, were difficult to identify as details of their rostrum were not easily visible. At some point one of them approached the front of the boat just like dolphins do, but it did underwater and surfaced only far ahead, so again no good view of the head and rostrum, the part of the body used to identify the different species of this elusive whale family.

A tiny loggerhead turtle swimming in the middle of the ocean was, though, the most lovely sighting of the day!