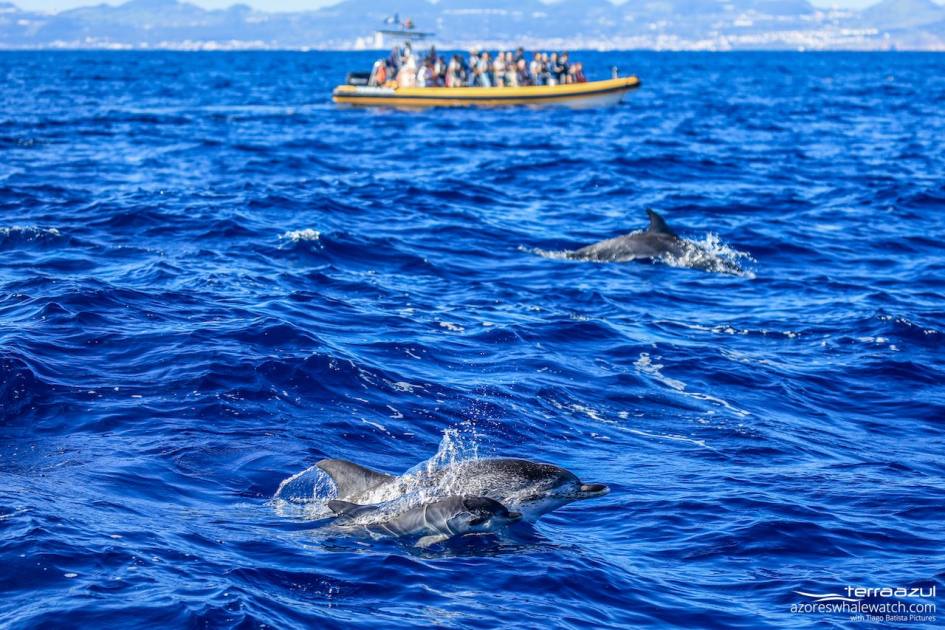 And it was totally worth! The whole coastline from Ponta Garça to Ribera Quente was a feeding frenzy of Atlantic Spotted Dolphins (Stenella frontalis) and Cory’s Shearwaters (Calonectris borelis). It seems unreal for us that these might be the last sightings of these beautiful animals until the next year Spring and Summer. That is, Atlantic Spotted Dolphins will be soon on their way back to the Caribbeans where they will winter until next July. Cory’s Shearwaters instead will have to travel to the South Atlantic wintering grounds and they will be back to breed in Azores in February. Today we could spot hundreds of fledglings measure themselves for the first times with the hard life that is waiting for them at sea. They will not be back on our shores before to spend around five years wandering on the Ocean and become sexually mature. If you want to learn more about these amazing sea birds, check our previous post HERE! 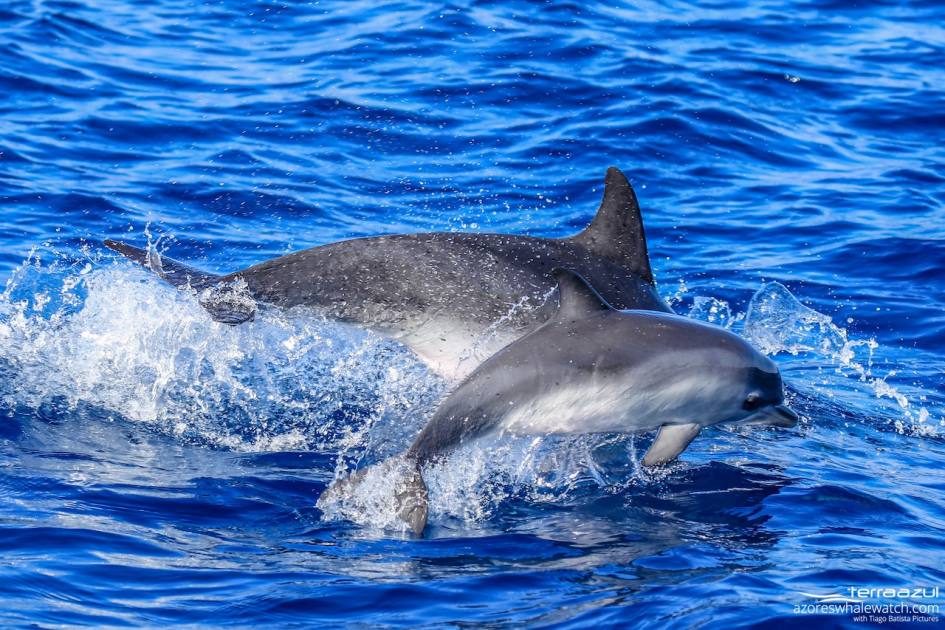 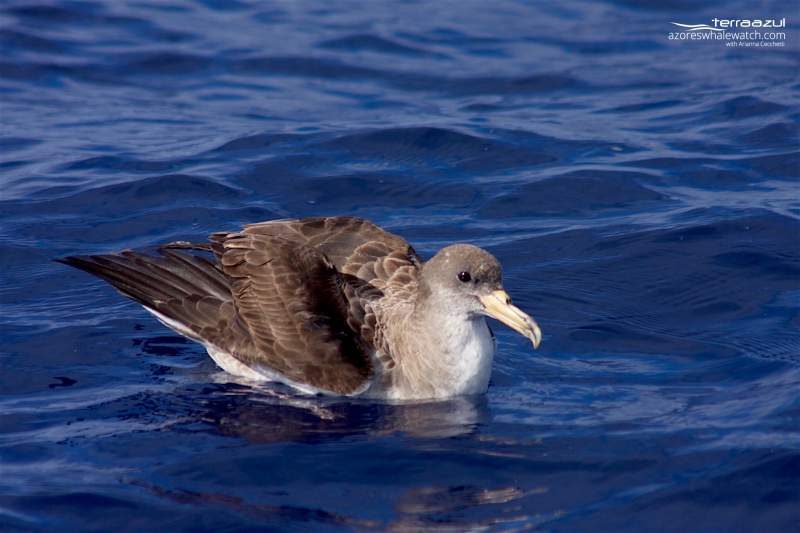 During the trip we also encountered a quite large juvenile Loggerhead Turtle (Caretta caretta) with a carapace measuring 56 centimeters in length. How do we know this? Well, we even managed to catch, tag and release this turtle for the COSTA project! Feel free to have a look to our previous post HERE if you wish to have more information about it. 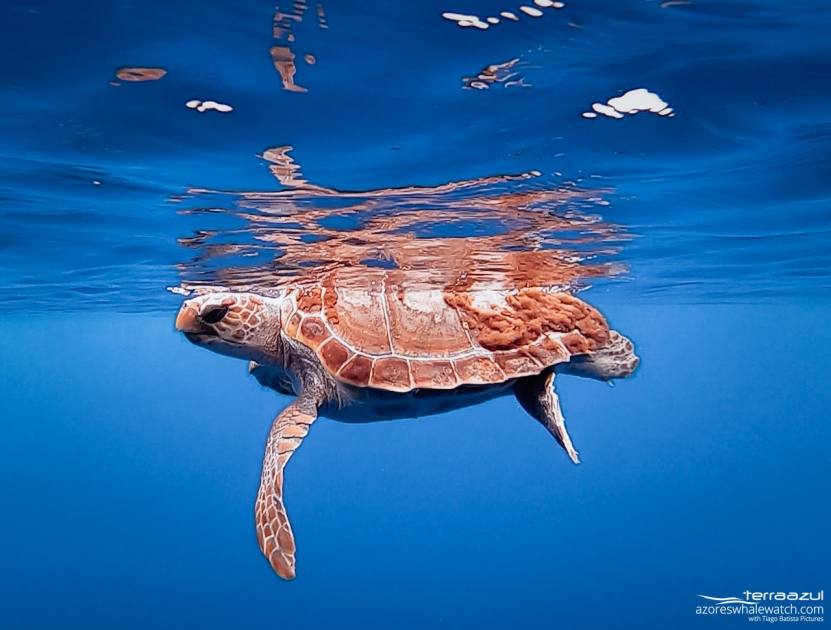 A juvenile Loggerhead Turtle (Caretta caretta) resting at the surface.

That is all for today, to the next Ocean adventure! 🙂