So many whales on a November day. 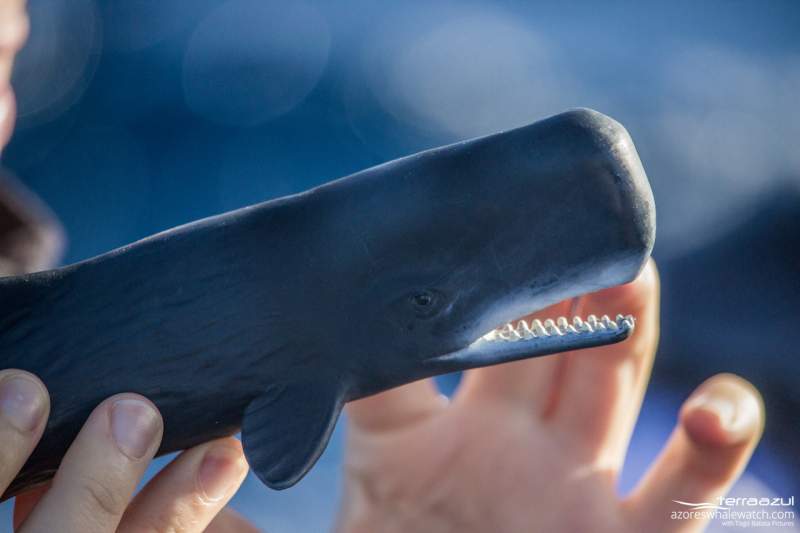 It was a whale zone today! But before we get there, we found a large group of about 100 Atlantic Spotted dolphins!
They were pretty active as usual, and it was a mix of all ages!

After the dolphins, we moved on to see a mother and baby Sperm whale, although they dived pretty soon, showing their 2 flukes together. Our look out also spotted a Sei whale but this time the Sei whale was very hard to find with the bright light and choppy sea conditions, so we focused on the Sperm whales 🙂 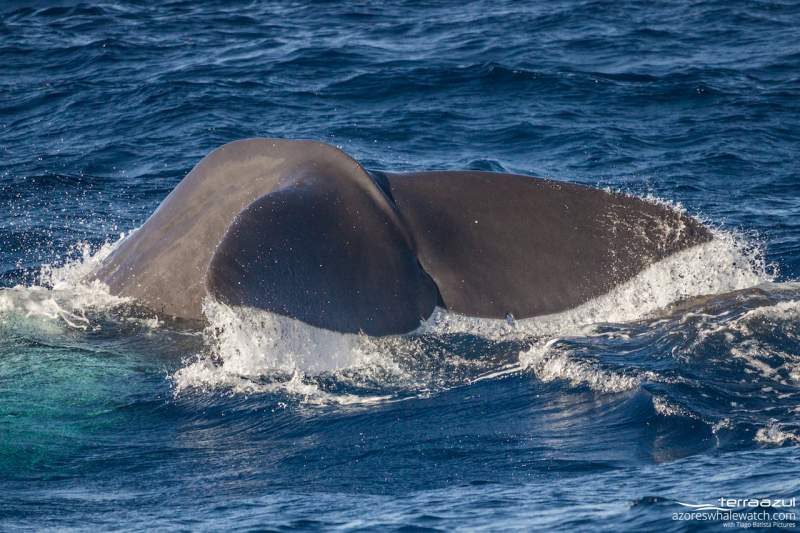 Sperm whale going down for a deep dive.

Then we moved to another area where we spotted one more mother and calf Sperm whale, that also dived pretty soon, showing those beautiful flukes again. Eventually our lookout spotted Bottlenose dolphins, but once we reached the area where the dolphins were supposed to be, suddenly a big Sperm whale made its jump out of the water!!
Well….that was not the Bottlenose dolphin we came for 😉 so we stayed around for a bit more until the large female whale went alone on her deep dive. The Bottlenose dolphins never came around, but at least we saw that jumping whale and many others to enjoy! 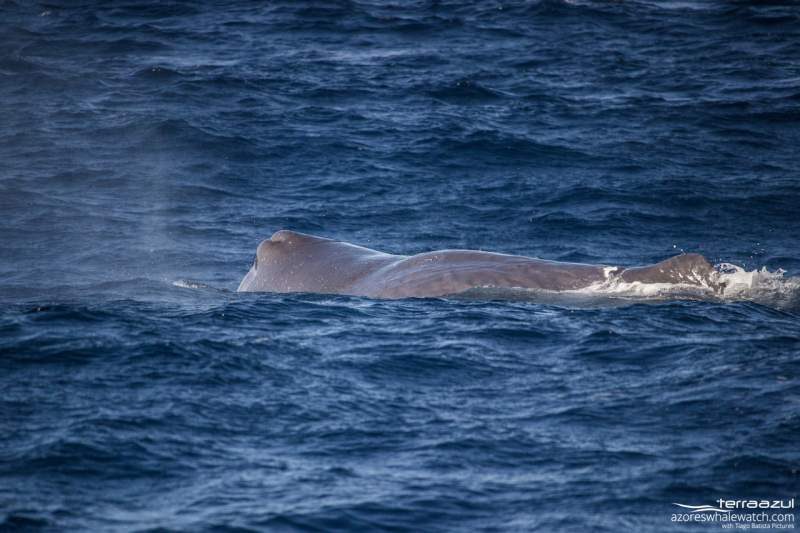 Sperm whale resting on the surface like a tree 🙂