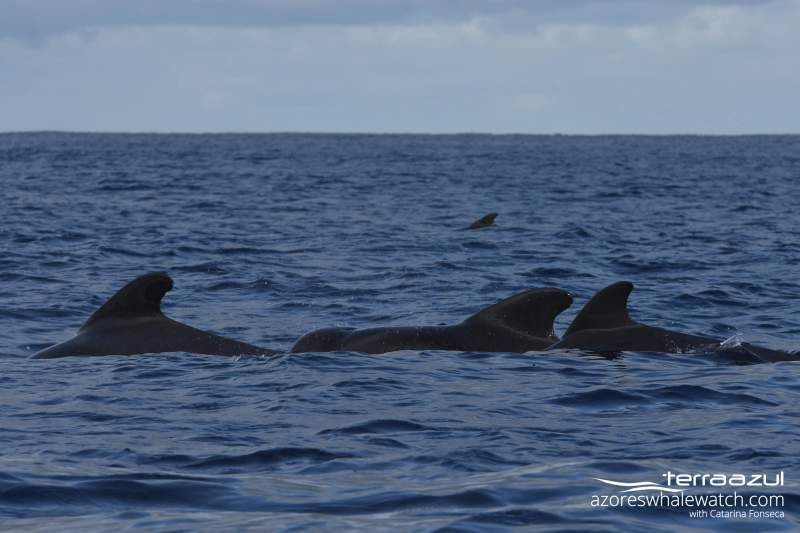 Today we had such a wonderful morning! The sea was flat, the light was beautiful with a mix of sunshine and dark clouds threatening rain. And, most importantly, unexpected animals!

Our first species of the morning were Short-finned Pilot whales! 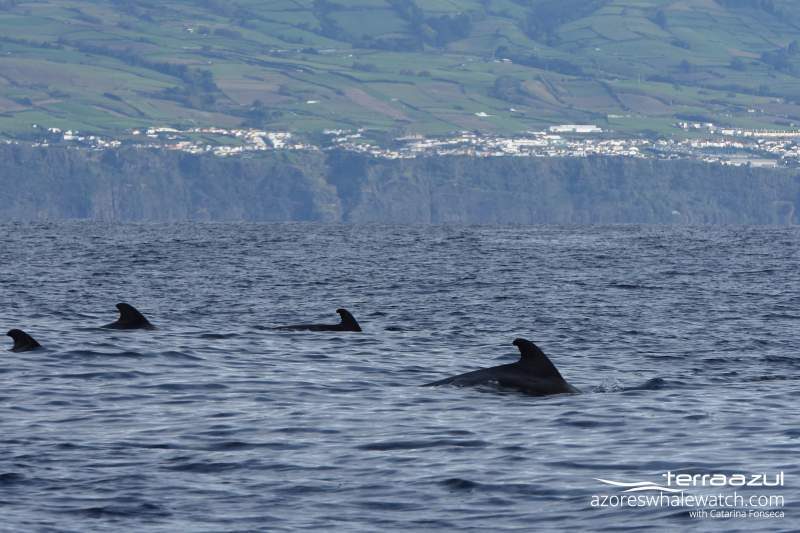 Of course it is not a huge surprise as this occasional species can be seen a little bit throughout the year, and there is usually a peak aorund November. But we hadn’t seen them in a while and it is always a pleasure! 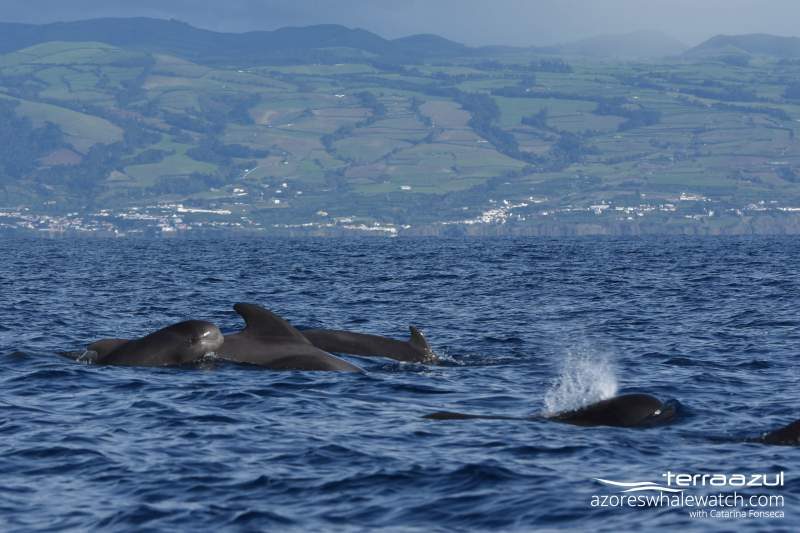 Shortly after leaving the Pilot whales we had a glimpse of another occasional species: Beaked whales! These animals are famous for their shyness and today was not an exception. Just a couple breaths and off they went again so it was all very quick and not possible to identify the species of beaked whale.

No tour would be complete without a resident species, so we finished with a playful group of Bottlenose dolphins. They didn’t seem to mind us too much today as they were busy playing with each other, but that didn’t stop some juveniles from checking out the boat 😀 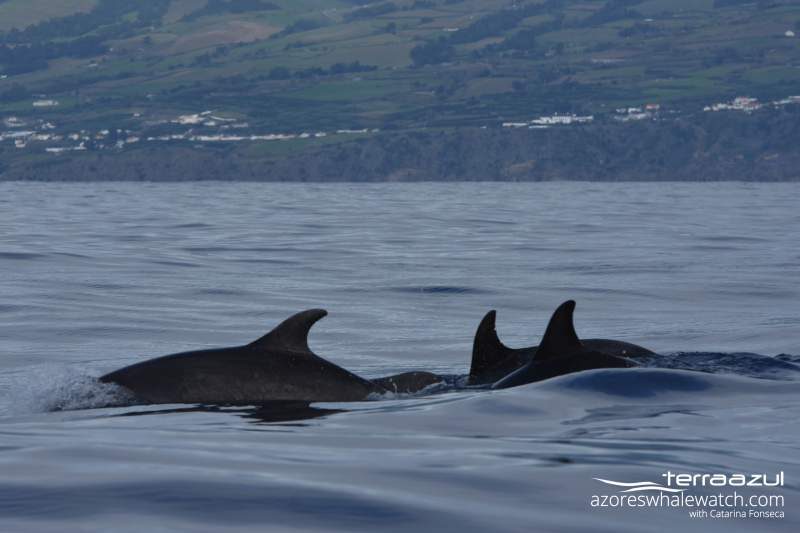 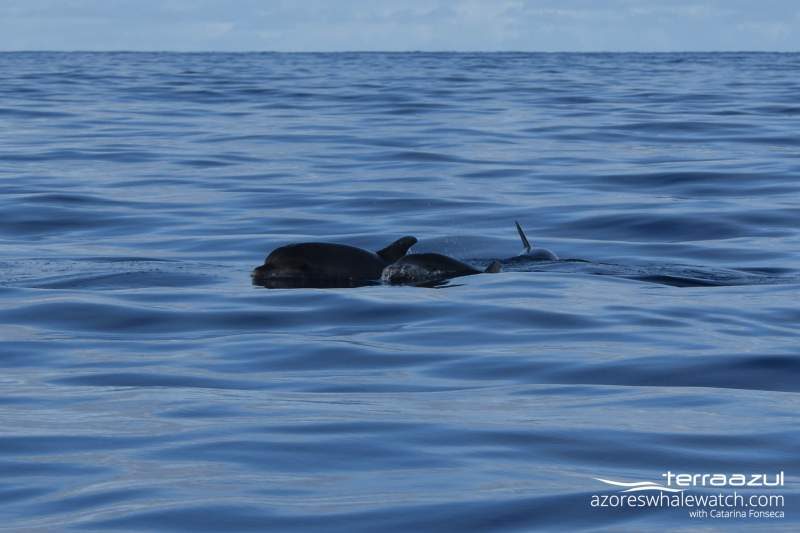