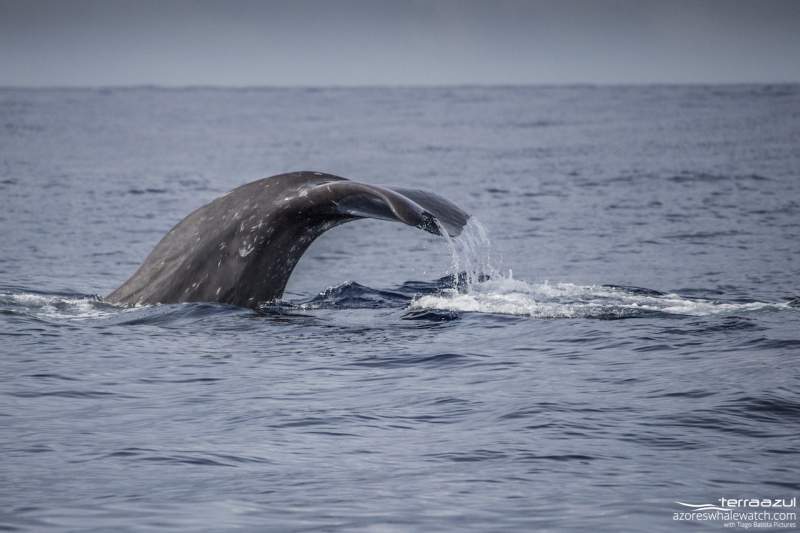 Today the animals decided to let us wait a bit before showing up, but when they appeared what a show! We first saw a very large group of striped dolphins to the far east of the island. striped dolphins are usually very fast and even when they leap out of the water is not easy to see their typical stripe crossing their flanks and giving the name to the species. Our second encounter was with another large group of dolphins, this time the common. There were many calves synchronised with their mothers when jumping and chasing their prey while busy feeding. 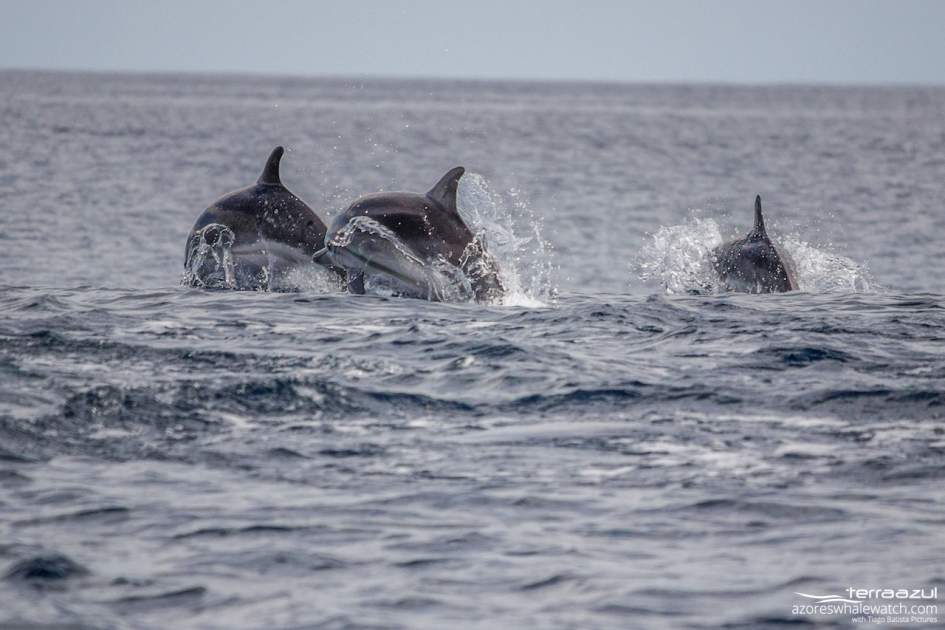 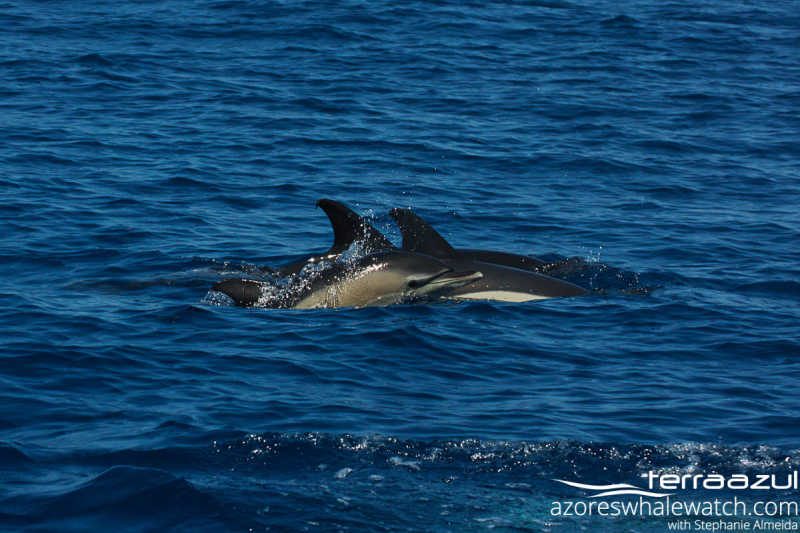 From the boat radio some rumours arrived at our ears that sperm whales were also in the area, and while waiting for them, a small group of bottlenose dolphins showed up briefly before taking few long dives. One sperm whale appeared at the surface, but the time we reached it, it was already gone down for another foraging trip. The second sperm whale appeared far and when we moved to get to see it, it decided to be fast and we could only have a glimpse of it while diving. So, bye bye sperm whale, see you next time!