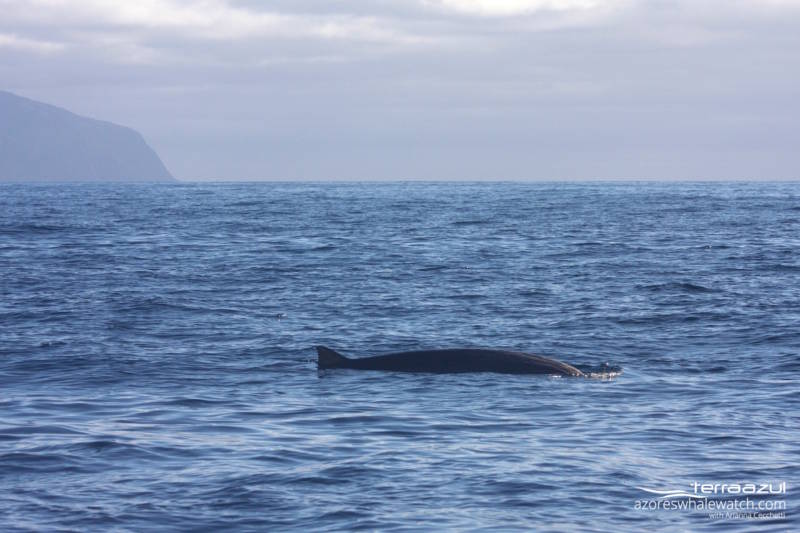 after a rough windy and wavy weekend the ocean has finally calmed down! The last few days we had perfect conditions for the observation of our beloved Cetaceans. We started our morning trip with a nice encounter with a group of Common Dolphins (Delphinus delphis). Some smooth waves made it possible to see very well their yellow flanks between the dorsal fin and the eye. They were migrating and swimming synchronously side by side with a lot of tiny calves among them. 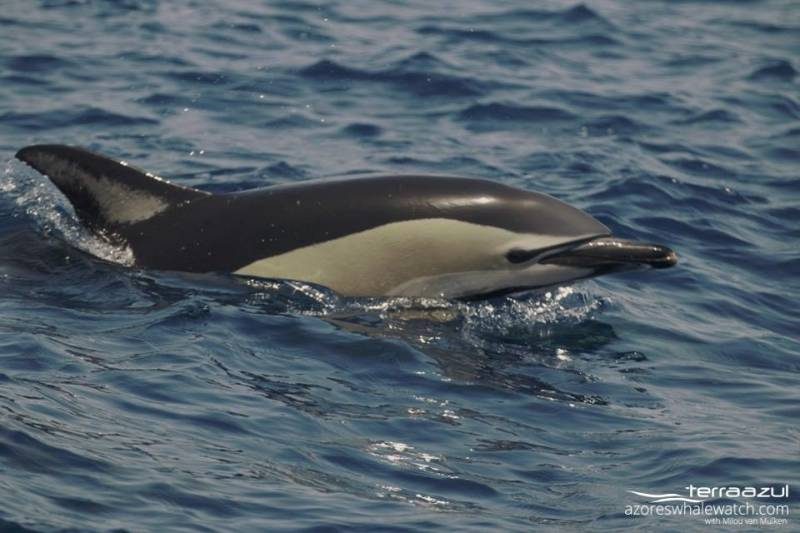 After we left the Common Dolphins we found a group of Bottlenose Dolphins (Tursiops truncatus).  Most of them were adults, so they seemed quite huge after having seen the smaller Common Dolphins. They were swimming calmly next to our boat. Sometimes you could even believe that they were looking at our boat. Curious and active as they are known to be, it is not unlikely at all 😉 . After a nice encounter with our Flipper friends we decided to move on as our lookout Filipe was spotting a Sperm Whale (Physeter macrocephalus) in some distance. 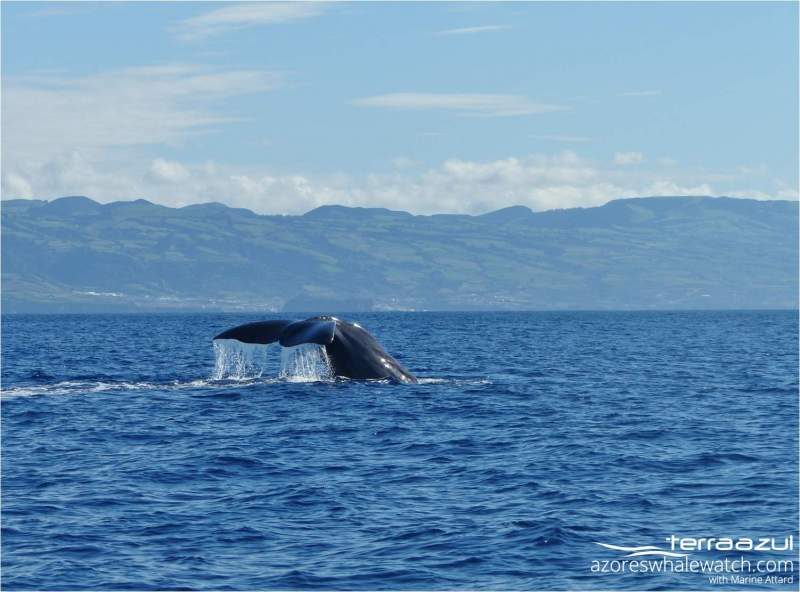 Just as we arrived at the position, where Filipe had spotted the Sperm Whale, it decided it was time for lunch and left us to go deep diving. Afterwards, we put the hydrophone in the water to here him generating clicks with the echolocation system while disappering into the depths of the ocean. Listening  closer to the sounds we realized that there must be some more Sperm Whales around in the area, so we decided to wait for them to come up to the surface….

After some sitting…waiting…and wishing we were super lucky! Two other Sperm Whales showed up. We stayed with them until they decided to say Bye bye.

On our way back to the Island of Vila Franca, nature donated us a little gift today 🙂 : Some Beaked Whales just next to us! With the perfect flat ocean conditions we were able to see our rare visitors for a short period of time. As we did not see the head part (you can see the back & the dorsal fin on the cover picture) we were not able to tell the exact species, but most of the times what we see here are Blainville’s Beaked Whales (Mesoplodon densirostris).