On our tour today we were lucky to see 3 different dolphin species: the Bottlenose Dolphin (Tursiops truncatus), the Atlantic Spotted Dolphin (Stenella frontalis) and the Common Dolphin (Delphinus delphis).

All three species were in a very good mood. What struck us the most was that there were a lot of babies in each group.

How do dolphins give birth?

Dolphins give birth to a single baby. Contrary to terrestrial mammals, birth usually occurs tail-first. In this way the risk of drowning is minimized. At the moment of birth an ‘aunt or midwife’ assists the mother. The mother positions herself close to the surface to allow the baby to breathe more easily. When the baby is born, the mother breaks the umbilical cord with a sharp shake of the body. The newborn dolphin is fully dependent on his or her mother and ingests milk which its mother injects into the mouth. The nipples of the mother are hidden under folds of the skin.

Most dolphins feed their babies milk for 2 to 3 years. Guided by their mothers, young dolphins can also begin to eat a few little fish when they are only a few months old. Over a period of years young dolphins learn to catch fish on their own and they drink less milk. They also learn to be independent on every level. Dolphin mothers are brilliant teachers. 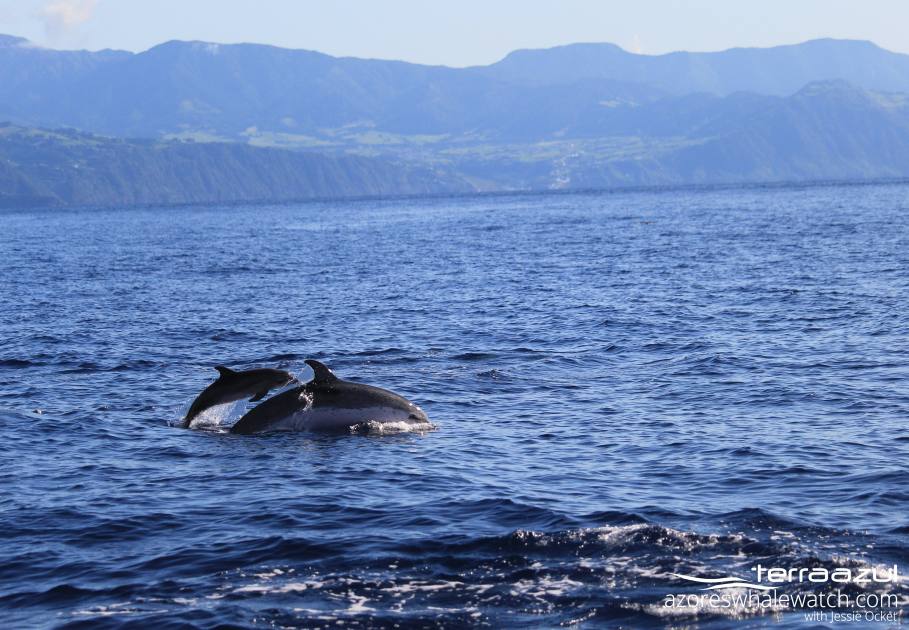