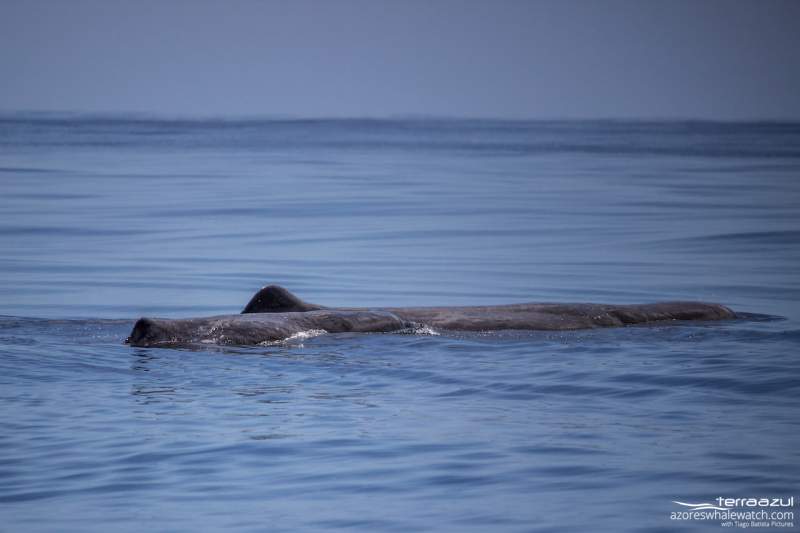 Today we were greeted by 3 well known species that you have all heard of before! As we left the marina with a warm breeze, soon we found a mother and calf sperm whale! It would not only be these 2, as at least one more mother and calf appeared and possibly a 5th individual. They were all going between little trips and resting mode. Showing their flukes but never going on a really deep dive. They must have been feeding their small ones. So…this were our Moby dick encounters!

Next would be Flipper. 2 Bottlenose dolphins aka Flipper, were rushing in between the whales, which is not a very common sight. They were getting close to the baby whales, seeming to want some kind of interactions, but eventually moved on. 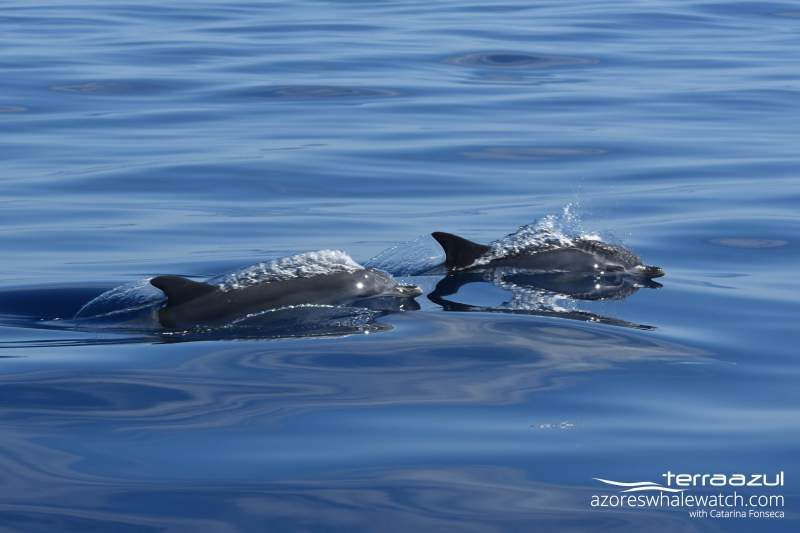 And the trip would not be complete without a few Michael Jackson’s! Or better called “Risso’s dolphins”. There were at least 6 of them, with 2 small and totally black babies. We got to see 2 big rainbows during the trip, and ended our way back with lots of sunshine again, so we can say this was another lucky day! See you soon? 🙂