Our residents showing off! 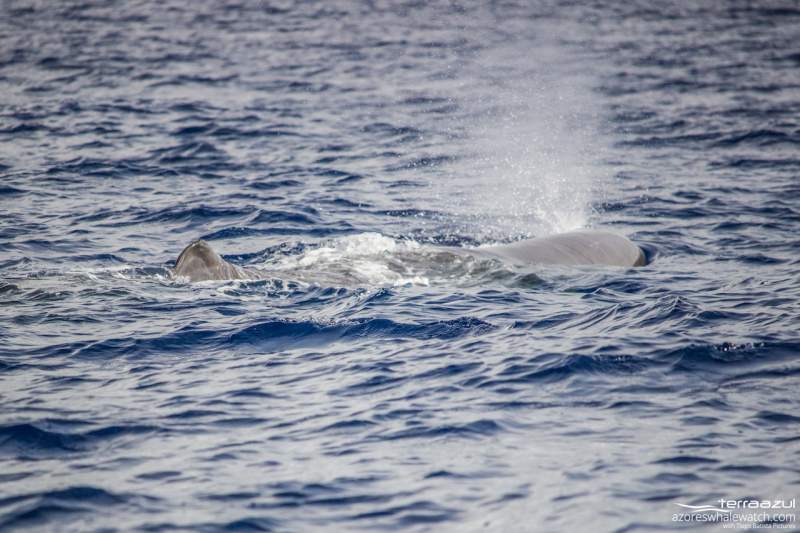 Today I was lucky enough to be the guide on our afternoon-tour – wuhuu!

We first spend a lovely time with a group of bottlenose dolphins. They were relatively calm on the surface and repedetly went diving for several minutes. Therefore we assume that they were feeding and pretty much busy with their own business. They also continued their dive-pattern when we were called by our lookout – he spotted something way bigger really nearby!

We followed his instructions and then could see a beautiful spermwhale ourselves <3 These animals will never fail to amaze me, their pure size and the sound of their blow are something to really take in. The individual we saw first stayed on the surface quite a while before its dive. But when it did, we could see the fluke we only saw as a shadow in the water before. Stunning!

Our spermwhale encounter was then followed by more! In total we saw the flukes five times today! The most amazing moment (I think) was seing a young calf swmming towards its mother from a distance and then watching the two of them meeting each other. Aw! The two swam next to one another for a bit before diving nearly simultaneously, so we could see the ‘adult fluke’ and then the much smaller one right after.

I am curious to see some of the pictures you all took! Maybe someone captured a fluke? 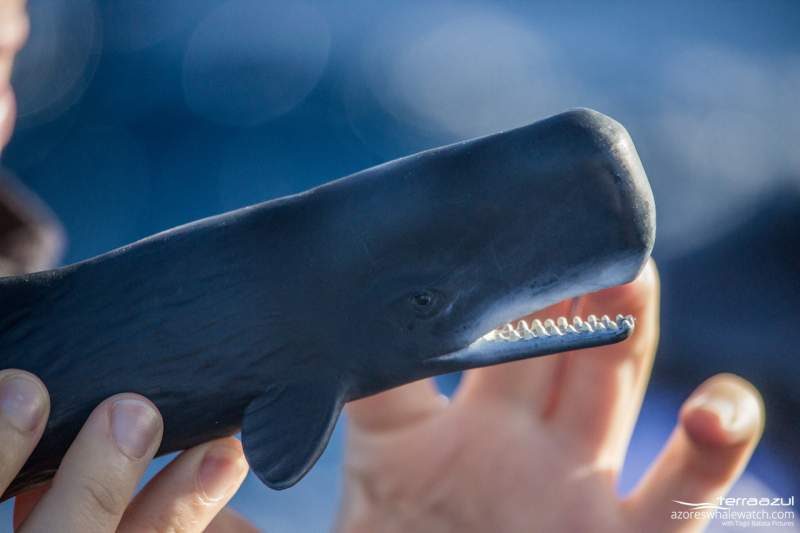 Sometimes we have to wait for whales for more than one hour and sometimes we do not get to see them at all  – so seeing so many spermwhales in such a short time was great! Once they all dived we decided to drive a bit more to the east before heading back along the coast, where we saw many hidden beaches and untouched nature.

I really really loved it today, a big thank you to everybody who was on board!