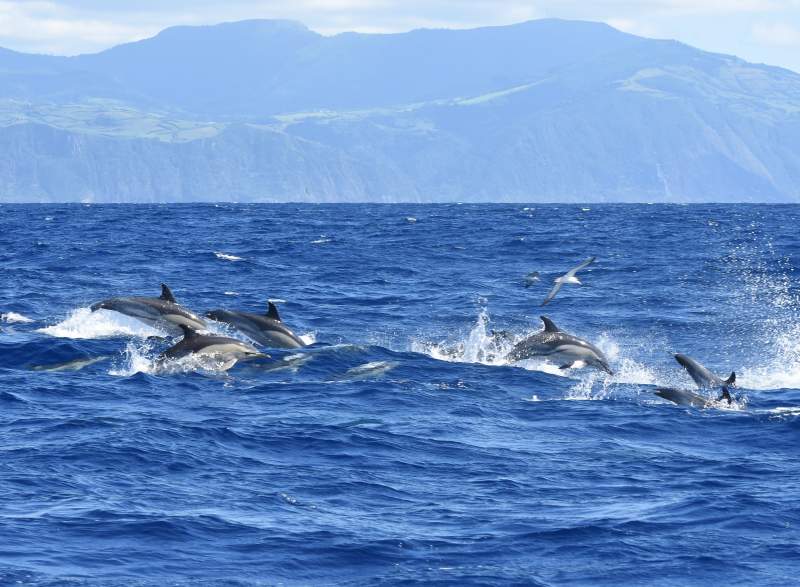 Today we enjoyed one of the most beautiful dolphin species that we have in the Azores: the common dolphin!

Distributed in all oceans and once abundant everywhere, the common dolphins are still a mysterious species. There have been described two species, the short-beaked and the long-beaked common dolphin. However, recent studies suggest that they are not two separate species despite morphological differences. Most of the worldwide populations are considered not concern for their conservation status, but the Mediterranean one is endangered due to intense fishery interaction. 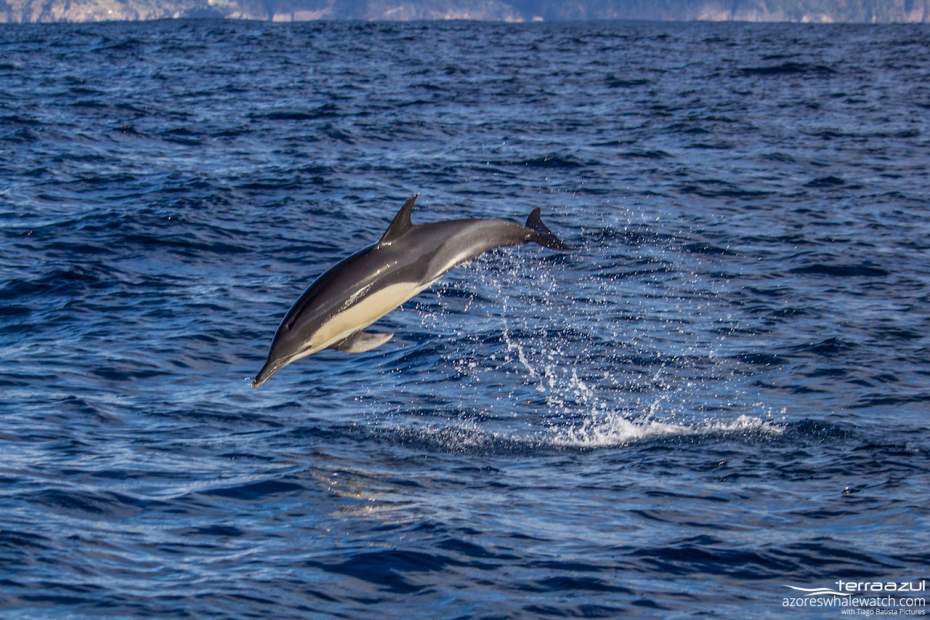 In the Azores we are able to see large groups including hundred of them, exactly what happened this morning. They were very active during foraging with Cory’s shearwaters and common terns and the many calves present were following the adults in such busy activity.

The other species of the day was the bottlenose dolphin. When we arrived in the area, though, there were already few boats around. We maintained further distance to avoid overcrowding the place and when most of the boats left we approached them. It was at this point that they surfaced all together surprising us with their remarkable group size, which at first seemed much smaller!