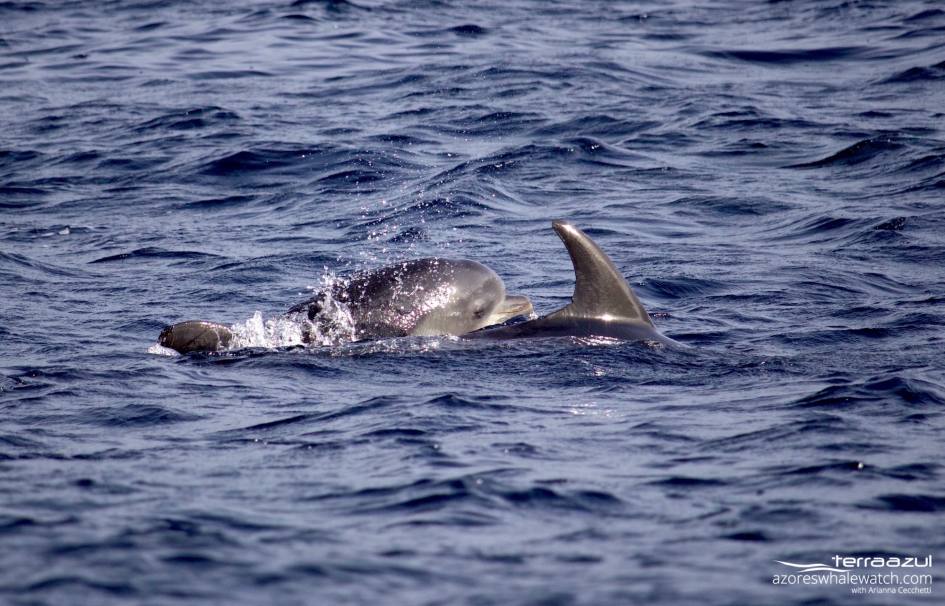 Today we met our friends resident dolphins, the ones we can count on the all year round 🙂

Both bottlenose and common dolphin groups included many young individuals and calves. The bottlenose were at first foraging and later started slowly travelling. The calves accompanied their mothers all the time, surfacing next to them. Young common dolphins, on the other hand, seem to be more intrepid and among many, one decided to shortly sneak away from the adults 😉 Part of the group was foraging, while the other one including the youngest members were socialising. 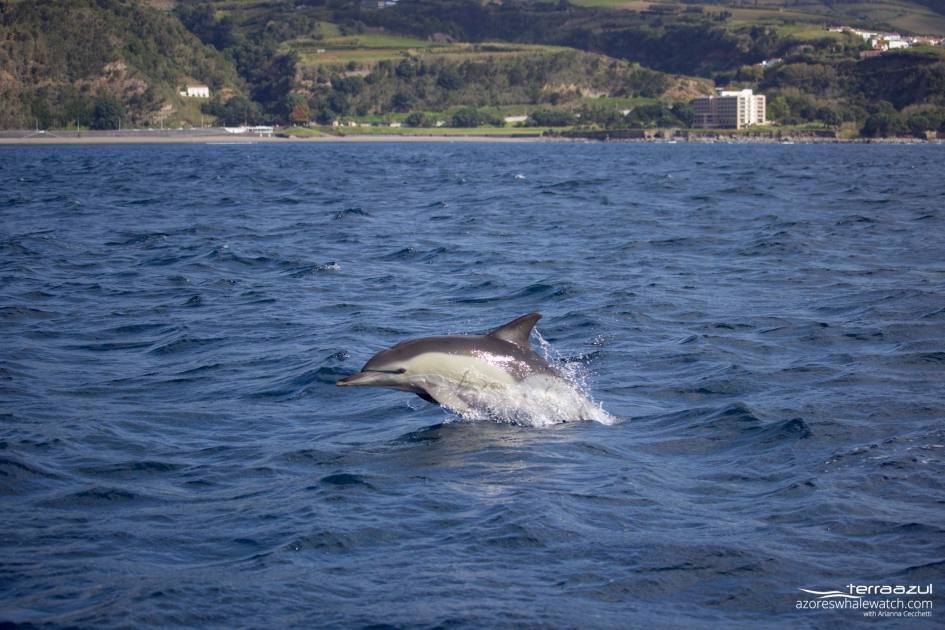 A solitary Risso’s dolphin showed up just the time needed for us to appreciate the difference among all these dolphin species. 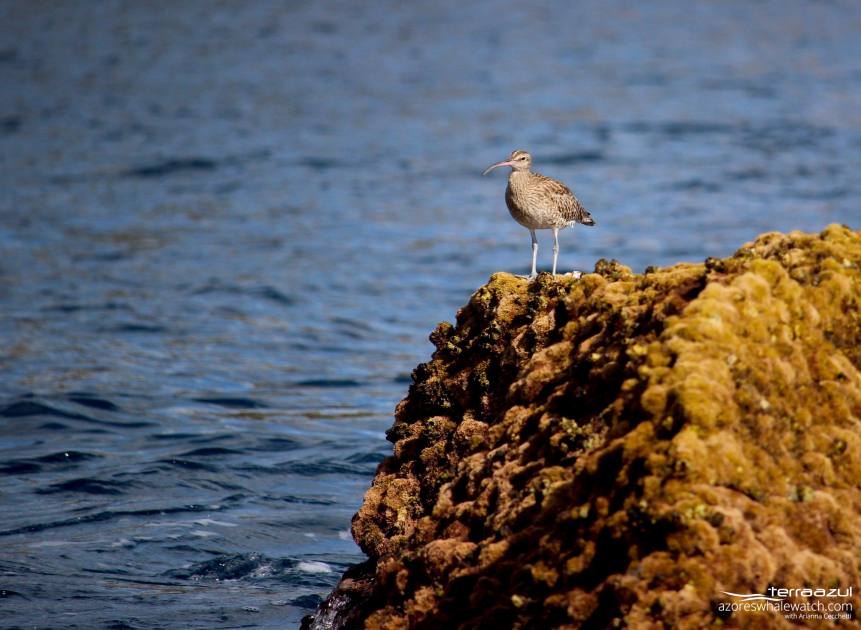