The white wise ones showed up! 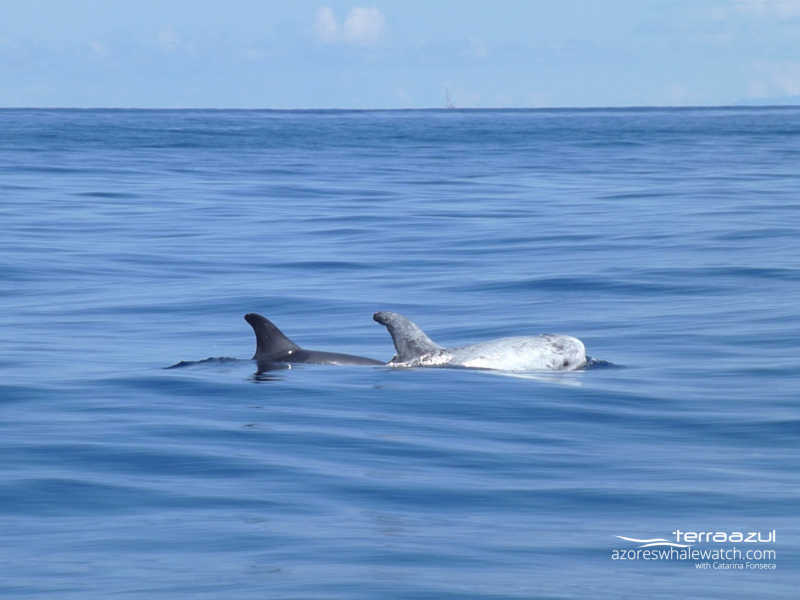 In the morning we went Swimming with oceanic dolphins, and how lucky we were; being able to swim with the 3 resident dolphin species! Bottlenose dolphins, Common dolphins and yes….Risso’s dolphins. Risso´s dolphins are not a species we usually swim with as they are deep divers, hard to estimate and very shy, but today the group was surfacing for long periods very near to our boat.

On the Whale Watch trip we sighted the same species. 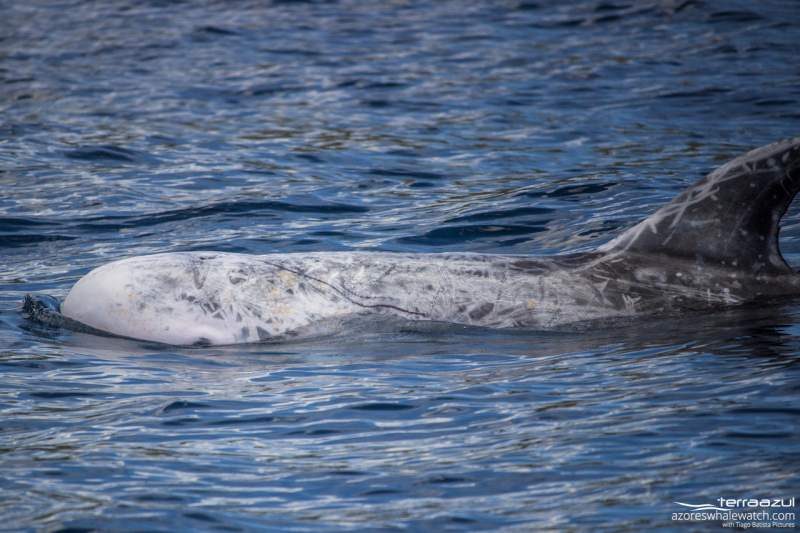 The afternoon trip was heading out in the ocean and we enjoyed the calm sea and the sun. Near to the lookout place we were able to observe a group of Risso’s dolphins. As they were resting, they showed us there dorsal fin at the surface. Did you know, that they are getting whiter the older they get?
This comes mostly from innerspecies fights and fights with their prey, for example squid. In the group of this afternoon we were able to find older individuals, because the fin were also white.

Such an amazing sighting!

Subsequently we were able to observe a group of Bottlenose dolphins, that were socializing and showed us their body while bow riding. Also we observed some very acrobatic jumps!

On our way to find some Common dolphins, we met a loggerhead turtle and a black swan 🙂 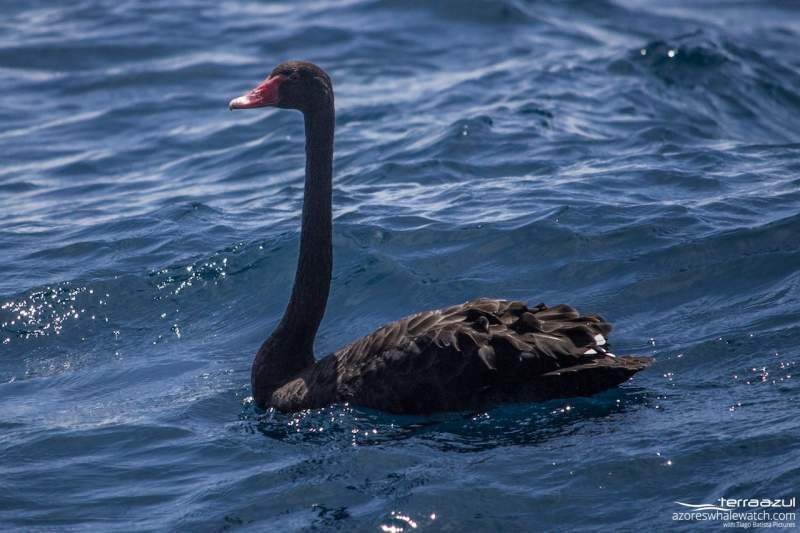 All in all it was a very special day!

Stay tuned for more reports of our Crew or come with us on the next trips! 🙂