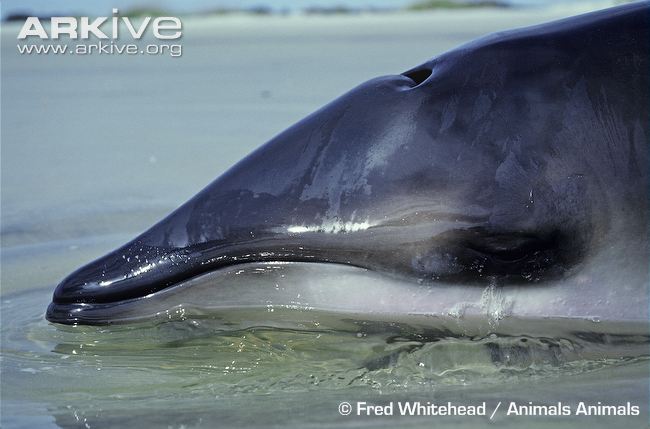 Gervais’ beaked whales, just like most of the other beaked whale species, are not very well known and especially information about their behaviour, social structure and ecology is mostly missing. The first individual sighted was back in 1840 in the English Channel, and it was dead. Beaked whales are deep divers and if it is already difficult to study coastal dolphin species, imagine studying oceanic deep divers, not an easy task! What we know about them comes mostly from dead specimens.

They are believed to be rare, but there are no estimates of the worldwide population. Their distribution is limited to sub-tropical and tropical waters of the central and north Atlantic Ocean, including the Azores Archipelago where a stranded individual was described first in 1989.

But how do they look like? This is probably the most reliable information we can have. Gervais’ beaked whales are between 4 and 5m long with a pronounced and narrow beak, where two small teeth, located at one third of it, are visible even when the mouth is closed. However, like in all beaked whales the teeth are only present in males, making it even more difficult to identify females at species level. The back is dark grey while the ventral region is lighter. The skin can present many scars from intraspecific interaction (interactions between individual of the same species), but also rounded lesions from cookie-cutter sharks which they get when dive deeper in search of squid, their preferred prey. Dives can last one hour after surfacing for short time.

Gervais’ beaked whales are threatened by entanglement in fishing gear, climate change, pollution and noise. In particular mass strandings of Gervais’ beaked whale have been linked to naval activities and in 2011 one young female was found dead with the stomach full with 4.5 kilos of plastic bags … a fact which is not fun at all 🙁 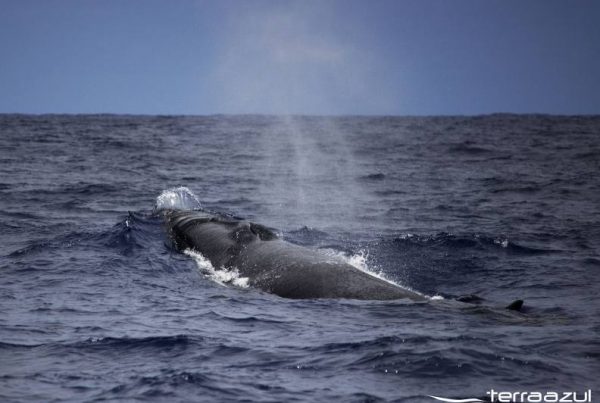 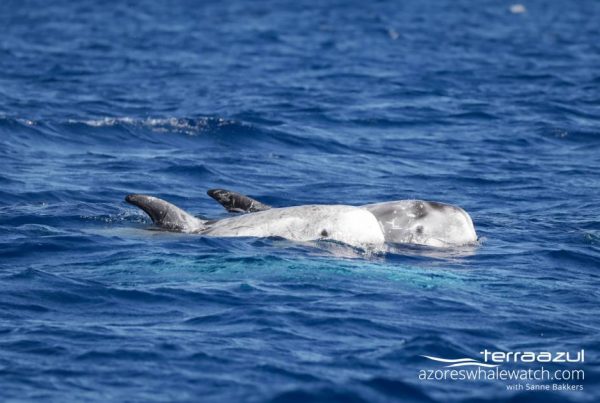 Flat base for some special vocalists