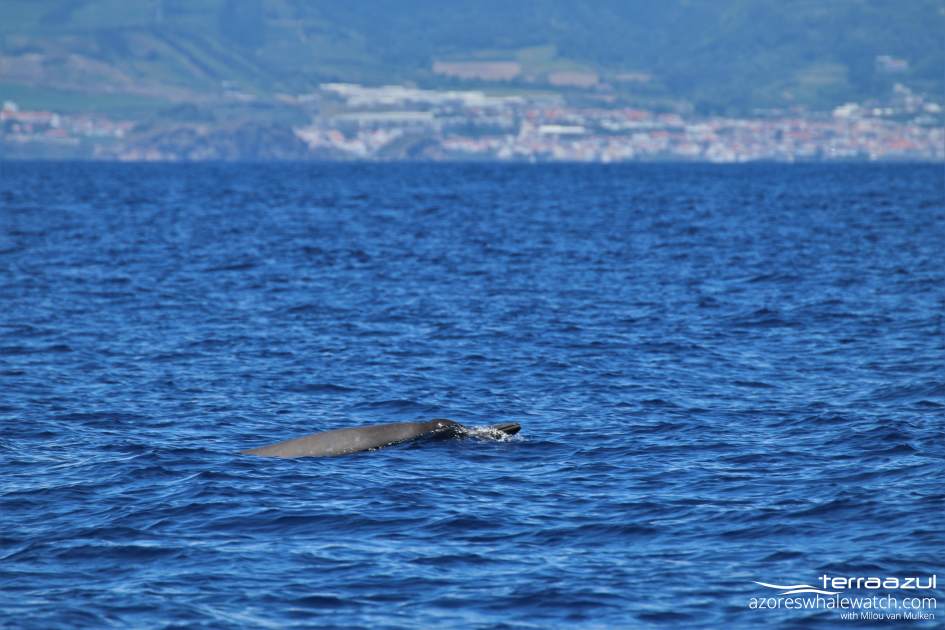 Hello everybody! This afternoon has been exciting!

We left the harbour with two boats and soon found ourselves in between a really nice group of Risso’s dolphins. They were really calm, staying close together and giving us a great time observing them. It seemed to be a lucky sighting of them already, but then it became an extraordinary one: we have been so lucky seeing them jump twice today! 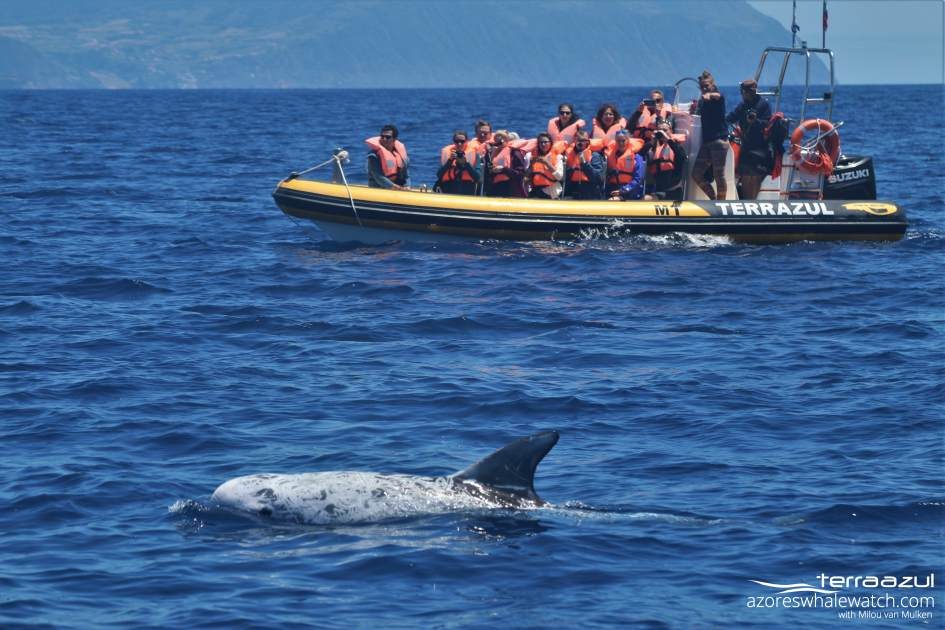 Happy and smiling we left the group after a while, as our lookout directed us approximately 8 miles out the coast to search for sperm whales. While we kept looking for them, lucky sighting number two happened! We saw beaked whales!! Not really close and not for too long, but because they are so rare and really shy it is always special to have an encounter like this. The lookout and crew discussed a lot which kind of beaked whale we have been seeing (there was at least one juvenile in the group!).. after we looked at the pictures now we can confirm that they have been Sowerby’s beaked whales (see featured image).

So cool! Also really nice is, that we afterwards managed to see the sperm whales we came for 🙂 After a while, two of them met eachother in front of our eyes and that was lovely to see. Today, also the sperm whales have been really calm and as they did not chose to dive deep we missed our chance of seeing their flukes. 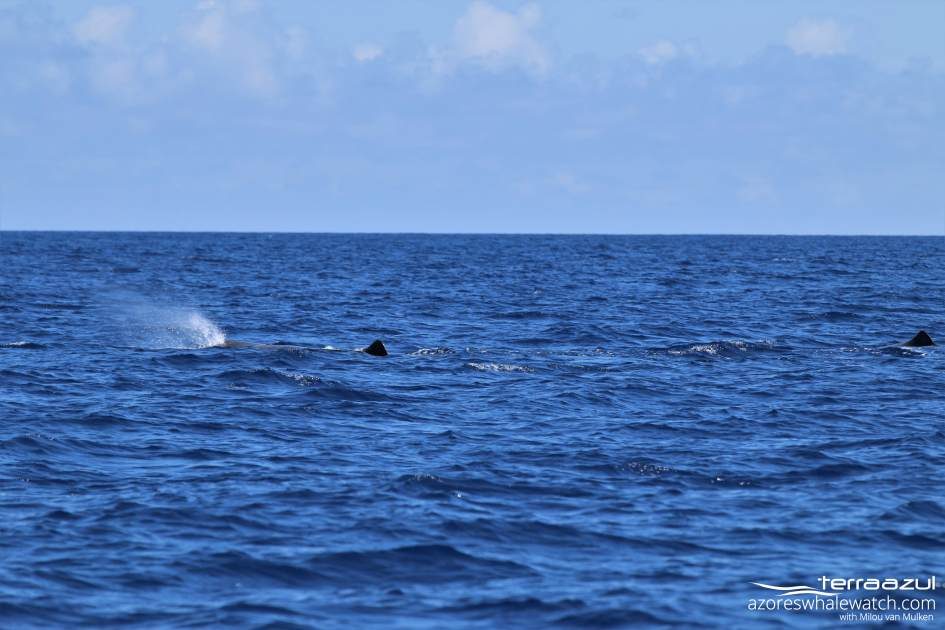 But at shore there was another unexpected sighting! The Eurasian curlew is an endangered species, which normally is not seen here on the Azores as their migration routes are not known to cross these islands. 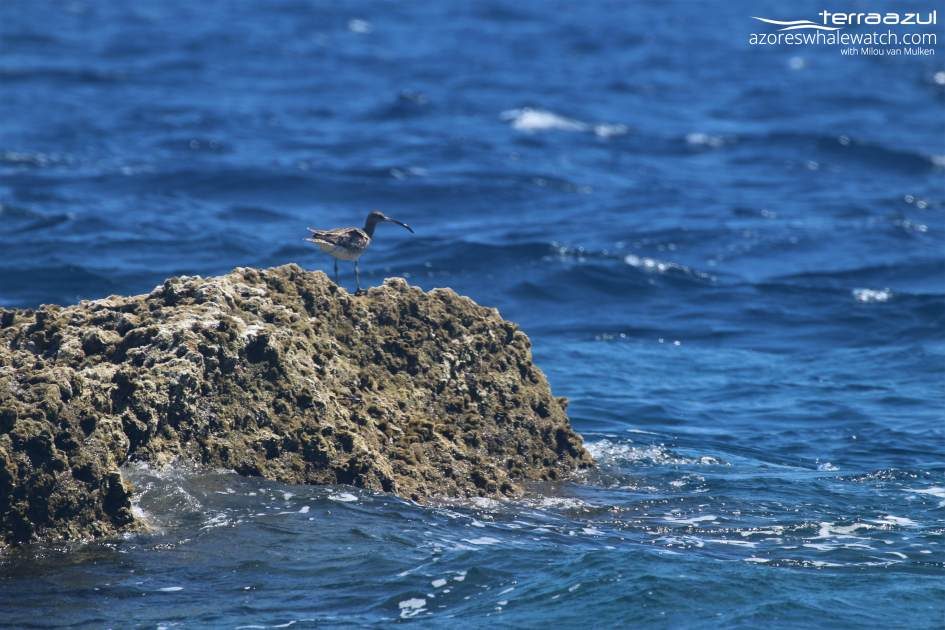 So all in all this has been a really special tour!!

Thank you all so much for being with us and asking so many questions, I enjoyed a lot!!