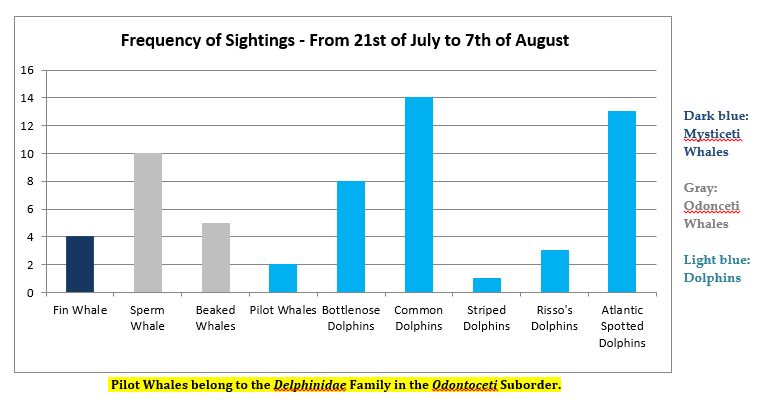 From the 21st of July to the 7th of August we sighted 9 different species of Cetaceans!

One Species of Baleen Whales: Blue and Fin Whales;

On several tours we sighted Sperm Whales socializing. These whales socialize by rubbing against each other and by vocalizing. When this happens we can even hear their clicks on the boat!

These clicks are in a pattern called codas. It’s quite amazing!

Breaching can also occur. Which in these days it did! No pictures though… It is a very difficult moment to catch on camera.

Here it is a picture below of a group socializing. 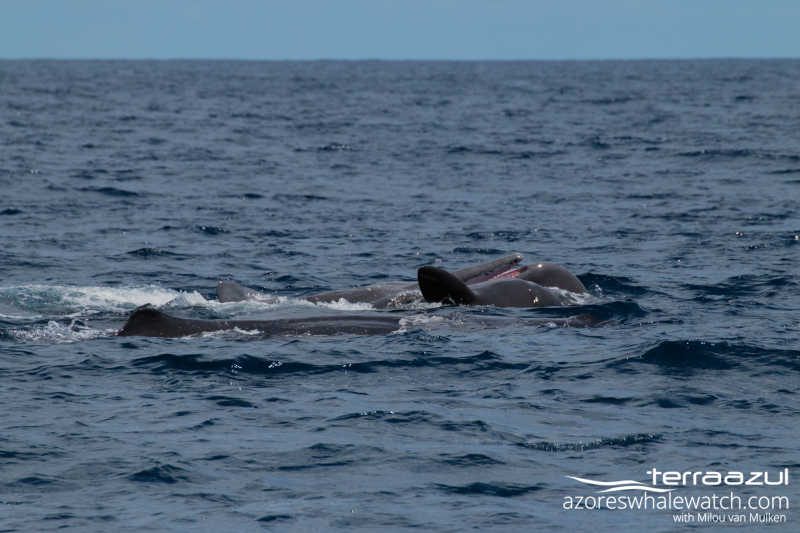 Females reach about 12 meters and males about 18 meters  when fully adults, and weight in between 20 up to 50 tons. Newborns are 4 meters in length.

There are two main types of groups: The “Breeding Schools” which contain the females with calves and juveniles.  And the “Bachelor Schools” formed by young sexually innactive males.

Groups of females can contain up to 25 individuals.

Sperm Whales can be submerged for 45 minutes to 2 hours (Males making longer and deeper divers than the females), with intervals on the surface of about 5 to 15 minutes, on which they restore the oxygen on their blood before making another dive. But can stay longer if they are socializing or resting. 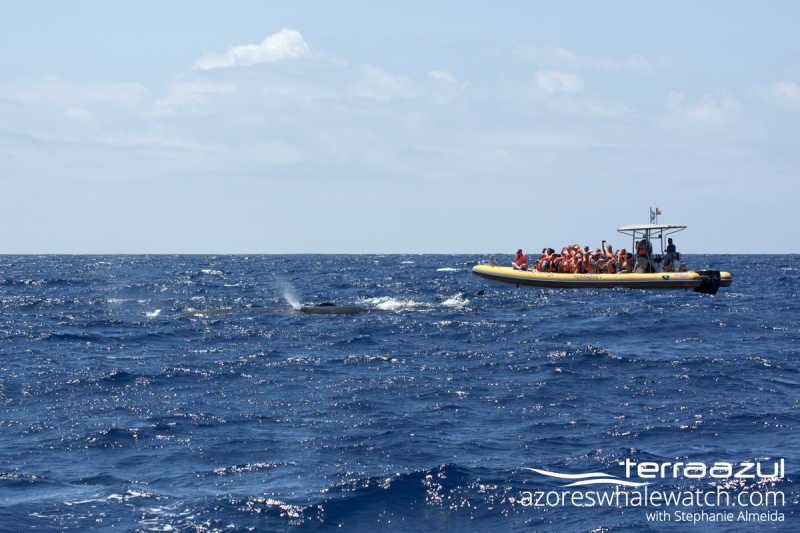 Stay tunned for more updates on the fantastic and amazing world of the Whale and the Dolphins!