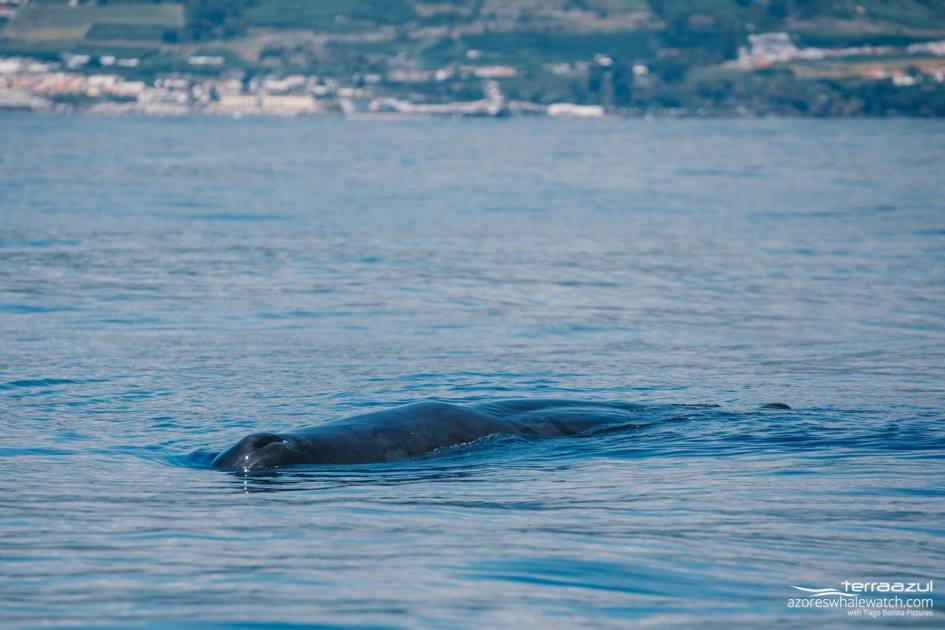 In the last days we are experiencing a welcomed abundance of life just a few miles out of our shores and today the trend continued!

Several species of dolphins have been spotted this morning, including Common Dolphins (Delphinus delphis), Atlantic Spotted Dolphins (Stenella frontalis) and Risso’s Dolphins (Grampus griseus). But what have been at the center of the attention, is indeed the return of quite well-known pod of Sperm Whales (Physeter macrocephalus) which included two young calves, several adult females and even a juvenile that seems to be a young male. The group was socializing a couple of miles outside of Vila Franca do Campo, literally at our “doorstep” 🙂 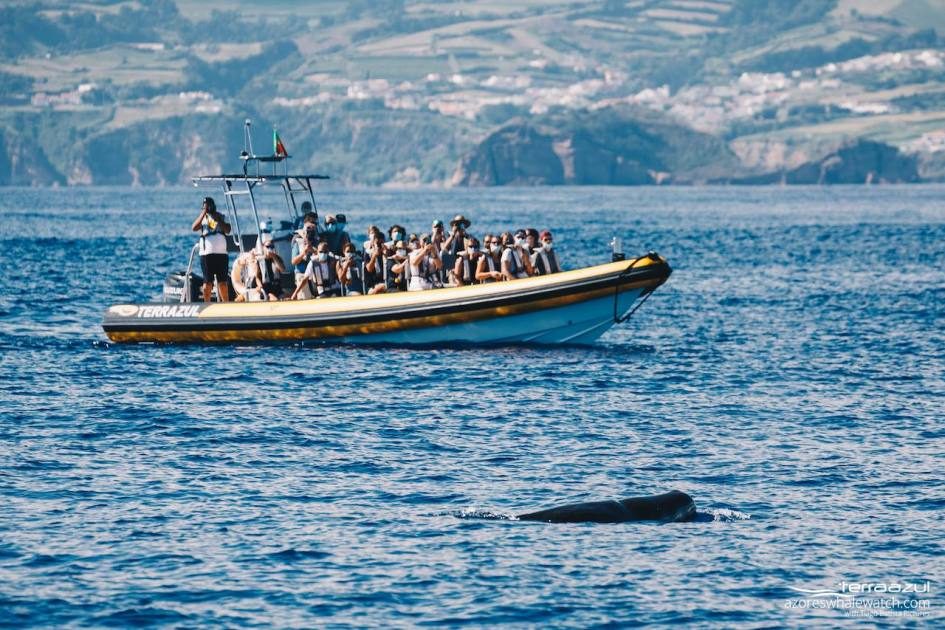 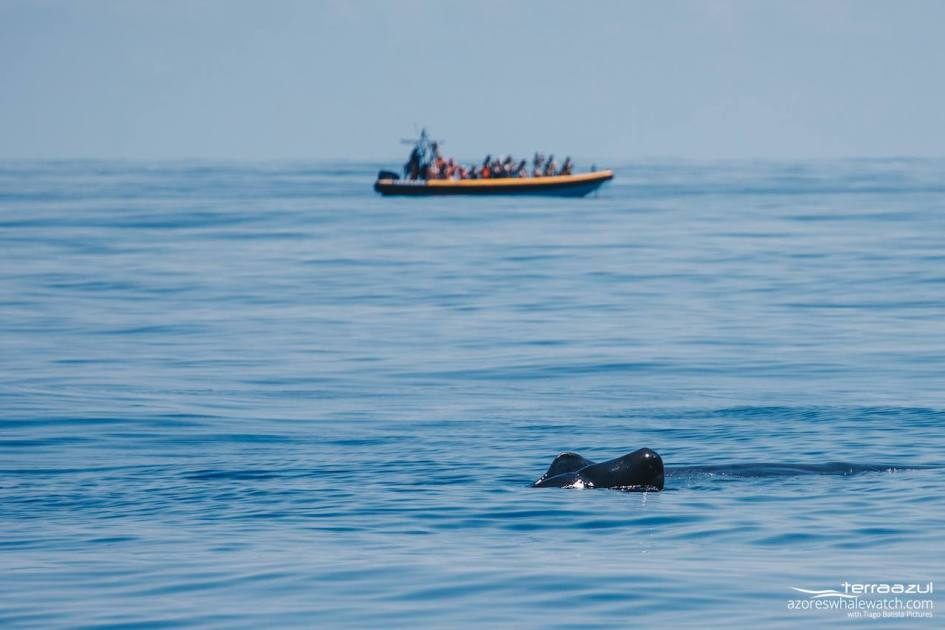 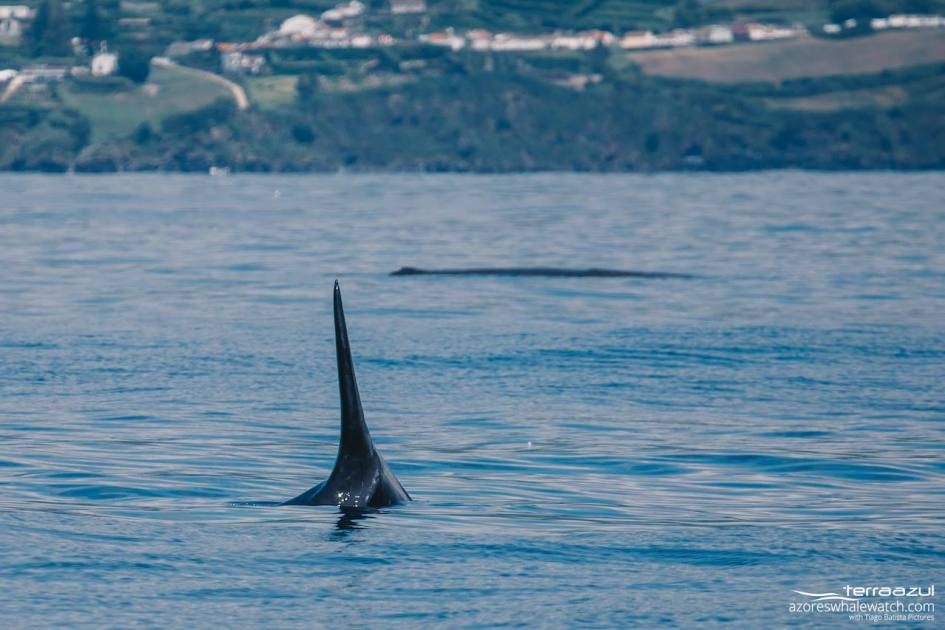 The matriarchal pod members were rubbing on each other and even defecating around. Such behavior is sometimes – and strangely, to be honest! – associated with socializing moments.

Hopefully this family will stay around and we will be able to spend a bit more time with them! 🙂