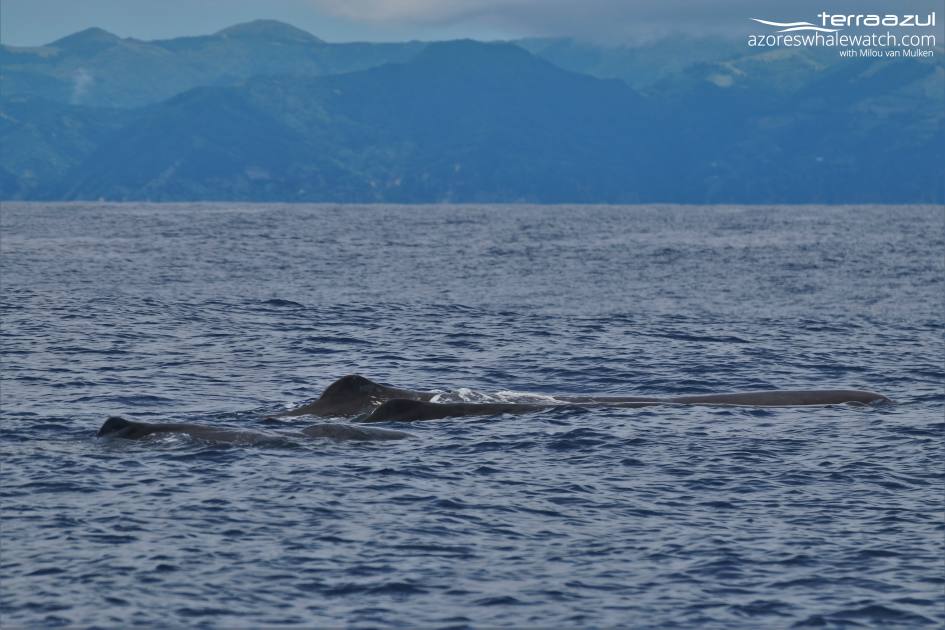 Hello Whale Watchers! Today we had a beautiful morning, although it was really hot, everybody enjoyed it!

So we started with the Bottlenose Dolphins. We could see only one, maybe the rest of them were spread out in the area. Next we saw a group of Common Dolphin with Pilot Whales, which was really nice to see the two of them together. It was quick, since we had a Sperm Whale to see.

When we arrived to the Sperm Whale’s area we had to wait for it come up. It was a waiting of about 1 hour and we put the hydrophone every now and then to check the clicks but we couldn’t hear anything. The whale had swum to the opposite directon by shallow diving. When we arrived to the correct area we put the hydrophone under the water again and then we could hear the clicks…it was more than one! When they came up it was a mother and a calf. The calf was feeding, so that’s why they were doing a lot of shallow dives. Then the mother dived and we went again to the group of Common Dolphins and Pilot Whales. 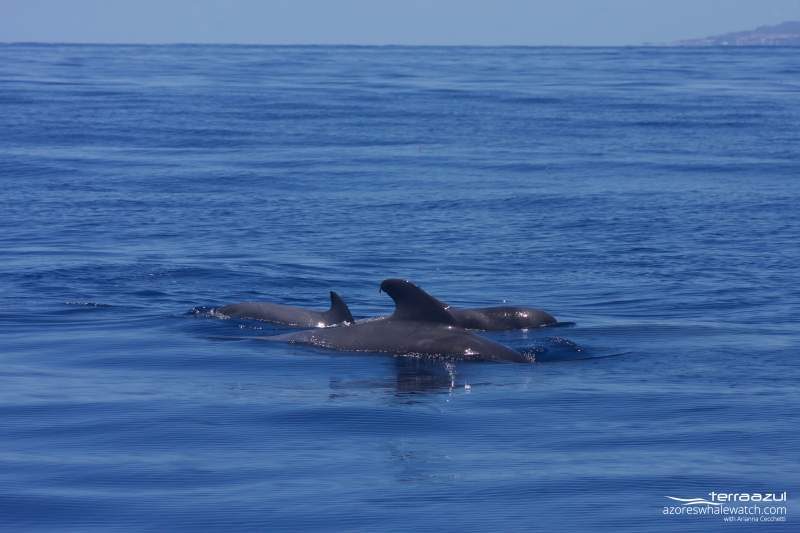 The Pilot Whales that we saw were juveniles and calves and it seemed that the babies Common Dolphins were playing with the Pilot Whales.

I hope you had enjoyed it, see you at Terra Azul!