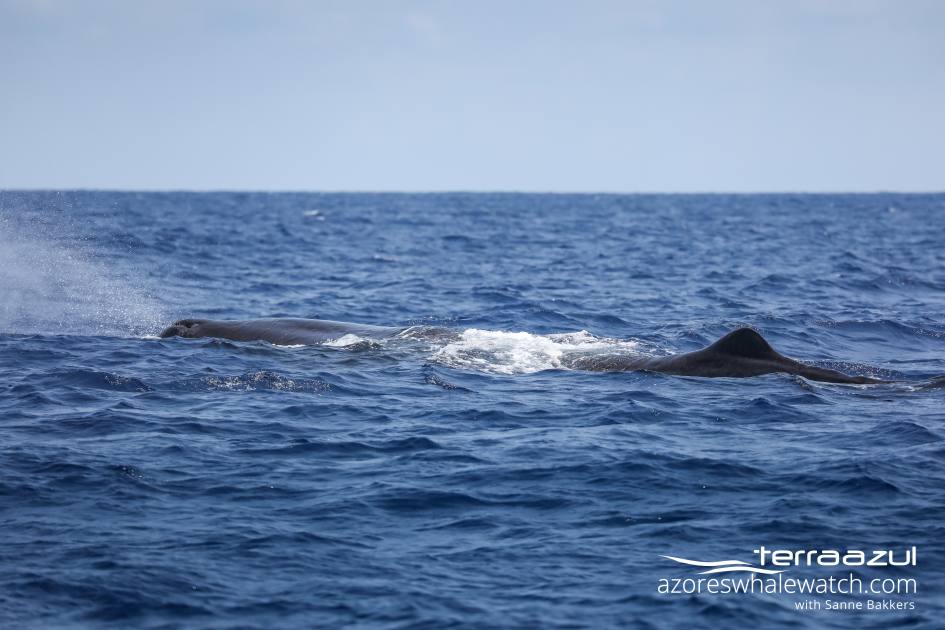 While the weather conditions kept us on land in the afternoon, we did manage to go out and observe whales and dolphins in the morning today. As we left the harbour of Vila Franca do Campo, we first headed towards a pod of Common Dolphins (Delphinus delphis). We didn’t have to go far to meet this gorgeous dolphin species. Only a few minutes after we crossed the Vila Franca (Princess Ring) Islet we found ourselves surrounded by common dolphins travelling and surfing the waves. Some approached our zodiacs very closely, making it easy to see that even these “smaller” dolphins are in fact quite big compared to humans. When they’re full grown they may have body lengths of 2-2.5 metres. We didn’t stay too long with them, because the look-outs had already informed us about the presence of a large whale: a Sperm Whale (Physeter macrocephalus).

Common dolphin surfing the waves. Photo taken during one of our recent tours.

We left the common dolphins and set out in the direction of the sperm whale zone. As we cruised against the wind and waves, the Atlantic Ocean took us on a fun rollercoaster ride. At the moment we arrived in the sperm whale zone, we learned that the sperm whale in question was a large male travelling close to the surface and it was making regular shallow (non-feeding) dives. Our two zodiacs were not the only ones there to see this whale, so we observed several surfacings from this beautiful male and then left the area to respect his time and space. 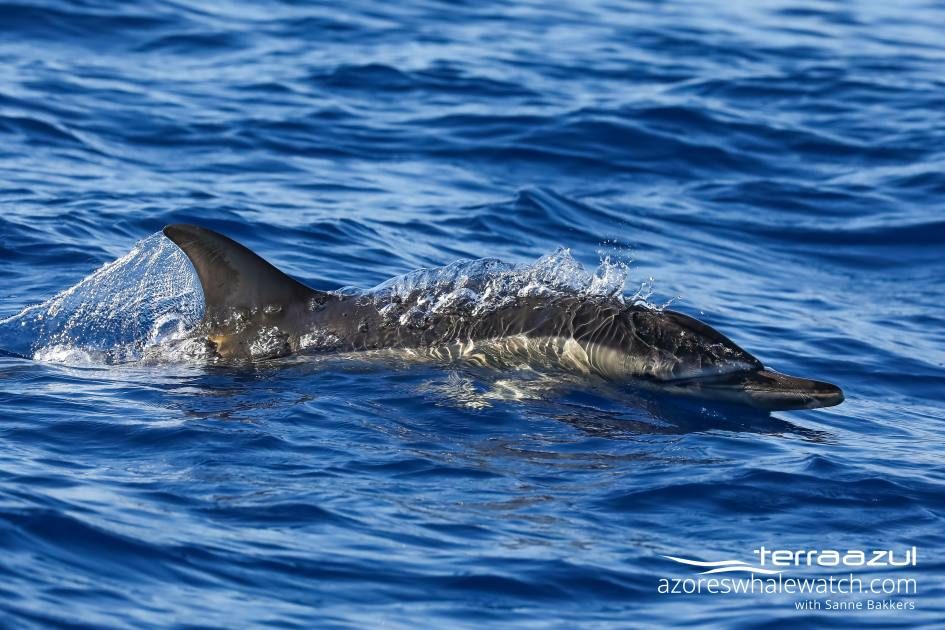 On our return we got to see a second group of common dolphins. It was a large pod with friendly individuals surfing the waves and approaching the boats. We could also see many calves in this group. As the common dolphins started travelling west-southwest, we said our goodbyes to the dolphins, and made our way back to Vila Franca to finish our tour with a nice trip around the Princess Ring Islet.