Baby’s got some moves! 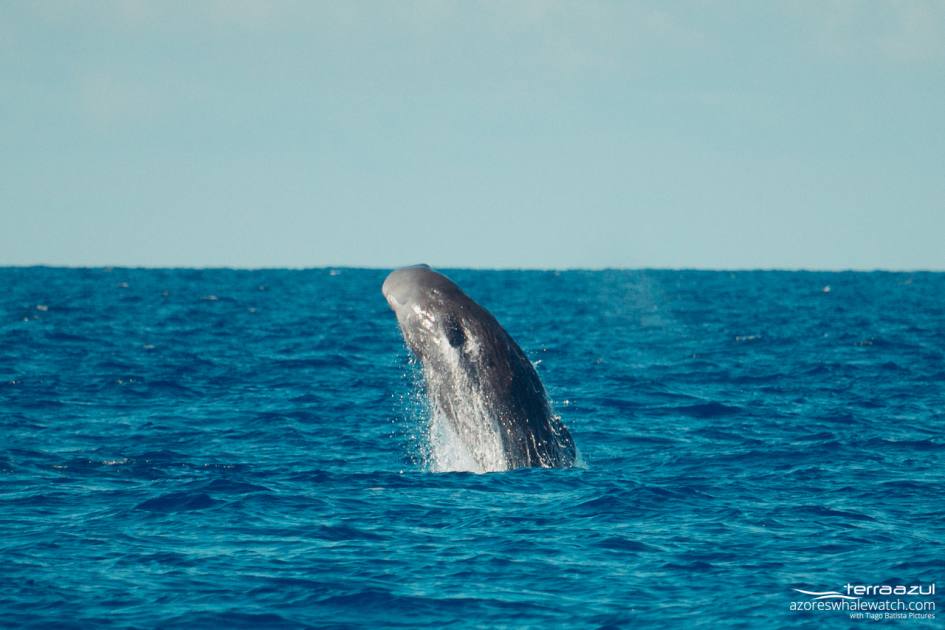 What a day… I love it when “whale watching virgins” (small joke) come on board, and what they experience is beyond craziness for crew and guests!

We started off with a sunny Sunday morning, navigating in order to find two travelling Sei Whales (Balaenoptera borealis). It seems the full moon of today gave us some luck, not only was it really visible to see the whales travelling but for a brief moment also feeding on a school of fish along side with the Cory’s shearwaters (Calonectris borealis). 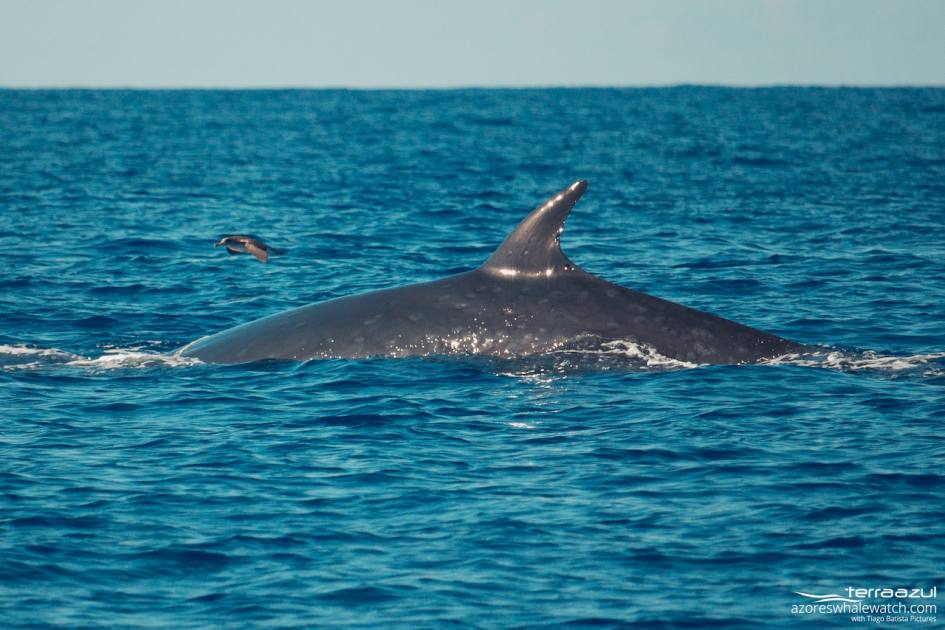 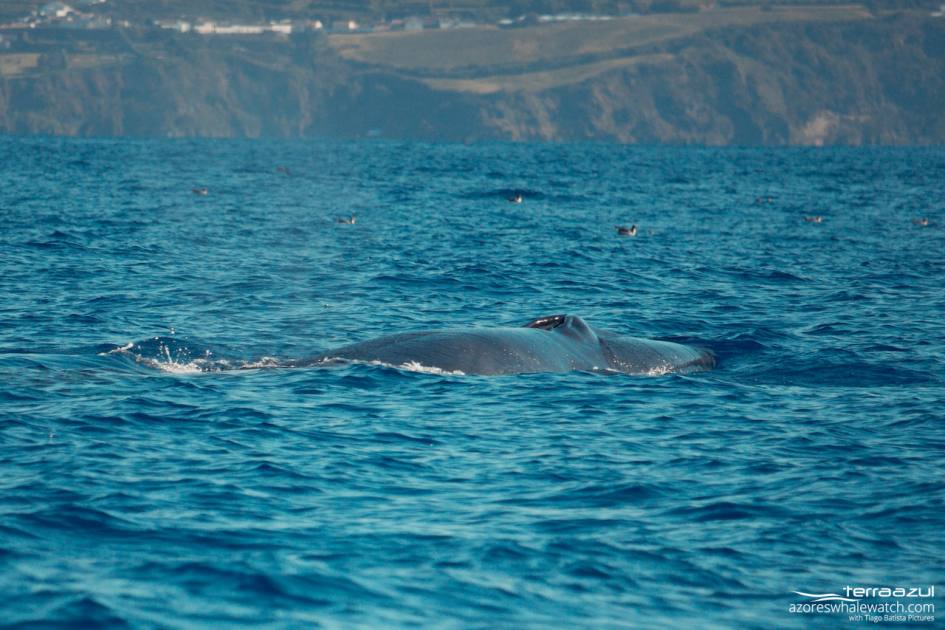 Sei Whale at the surface

We sighted in the same area a Marlin, at first I really thought it was a shark, here is why … 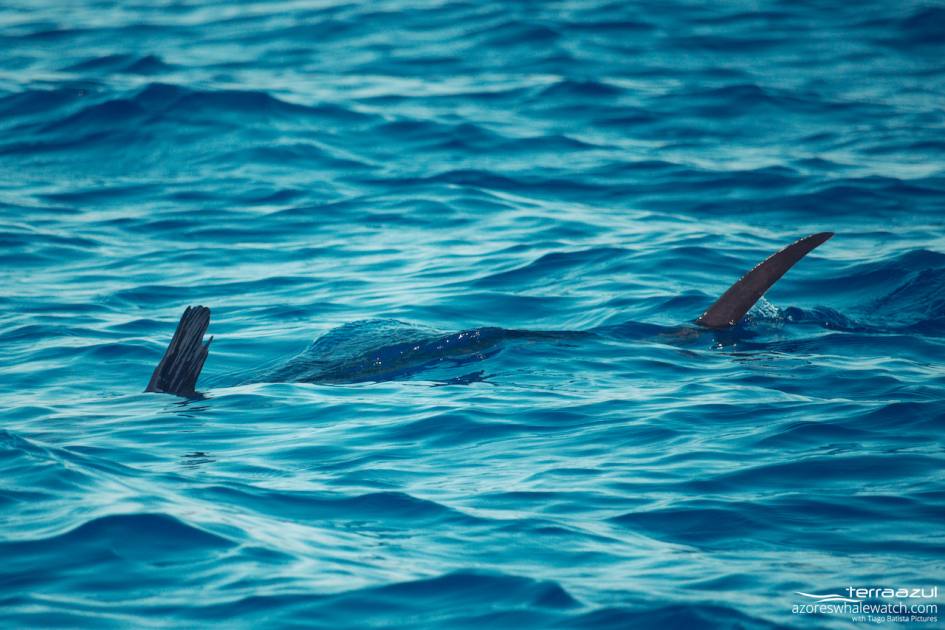 A species of Marlin Istiophoridae sp.

We continued to find 4 individuals belonging to the Sperm whale (Physeter macrocephalus) species, one of them with a very particular coloration on its dorsal, Check it out ! 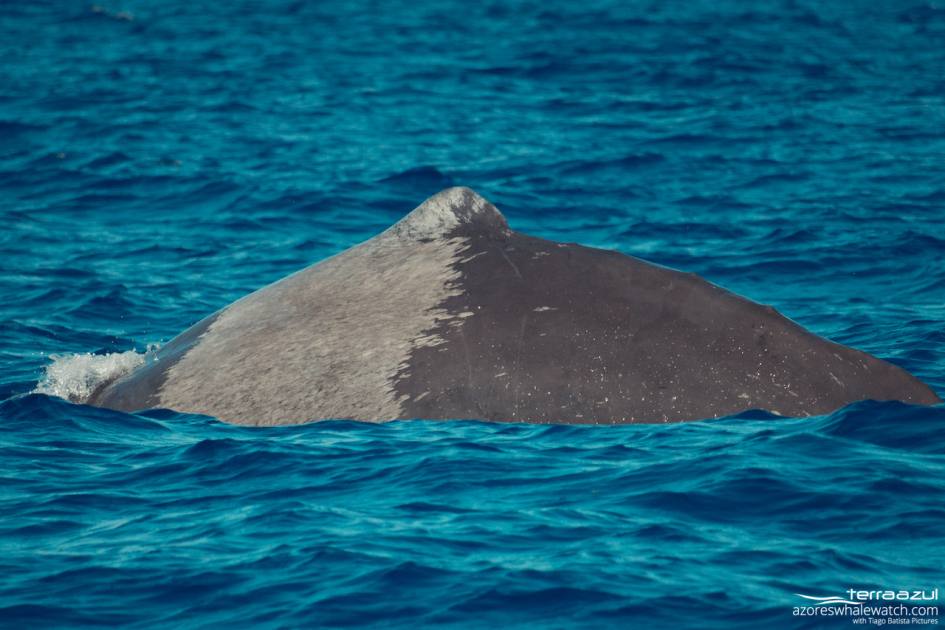 But the baby that was along with his mother, was jumping so much! Actually that is how our lookout, Filipe sighted him or her from the coast, due to the splashes that it was making, gotta remember that a newborn Sperm whale can weigh 1 ton at birth.

We navigated as well and encountered a pod of Common dolphins (Delphinus delphis), we did not stay too long with the pod, since they had quite a large number of calves. 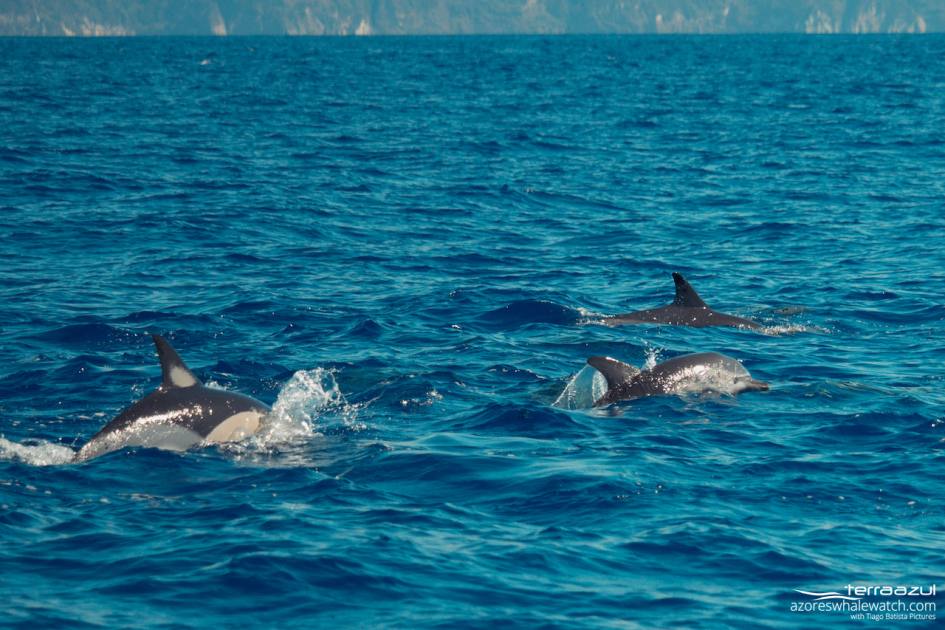 But a large pod of Atlantic spotted dolphins (Stenella frontalis) was also in the area and one of them was captured leaping, at first we thought “ohhh how acrobatic, what a show”, but after we were lucky enough to capture the animal and the picture reveals a remora also known as a suckerfish bothering the dolphin, this explained the incredible leaps. 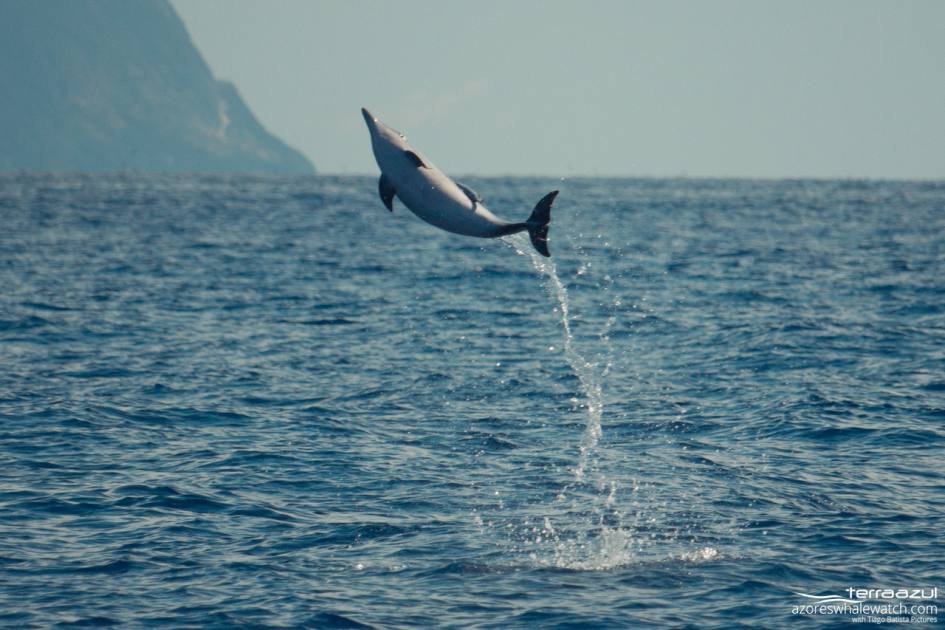 Atlantic spotted dolphin with a remora attached on its body.

and last but not least we sighted the Risso’s Dolphins (Grampus griseus). Check out how cool they are. 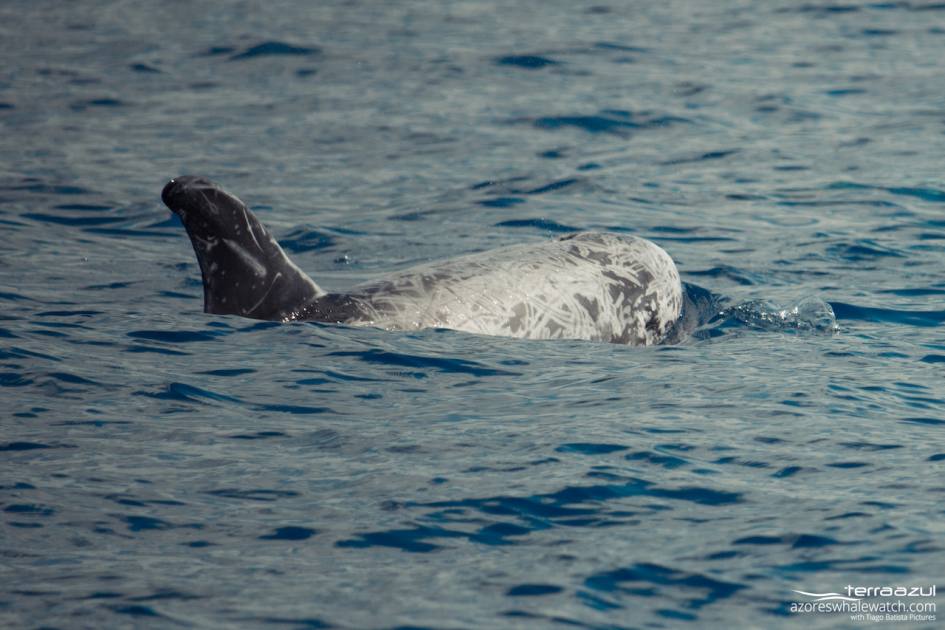 So in a nutshell another amazing SUNDAY!!!