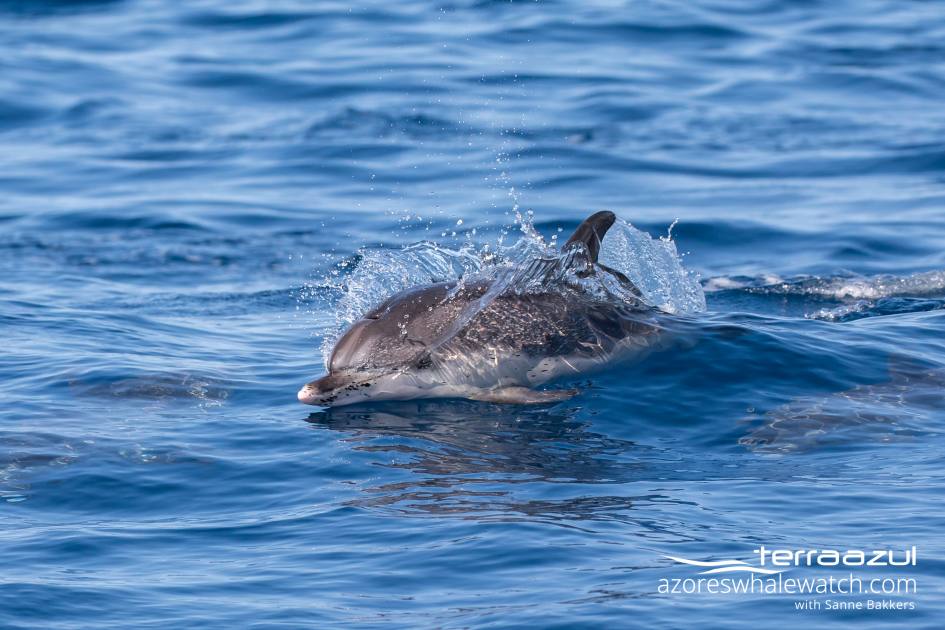 Yesterday’s tours were filled with captivating moments on the ocean. We found ourselves in the presence of both Sperm Whales (Physeter macrocephalus) and several groups of dolphins – Atlantic Spotted Dolphins (Stenella frontalis) (we lovingly call them “Spotties”) and Common Dolphins (Delphinus delphis). They were a delight for the eyes, but not only that…we also emerged ourselves in their world of sound! 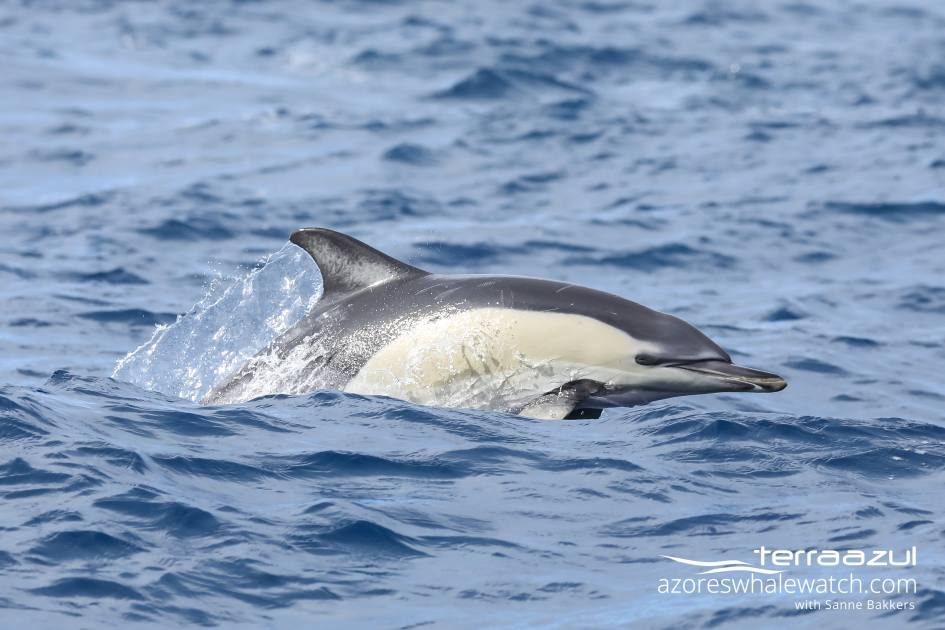 Common dolphin  observed during one of our recent tours.

Sound plays an incredibly important role in the daily lives of toothed whales and dolphins (Odontoceti). They can be very vocal during socialising, foraging and hunting, and travelling. Echolocation clicks are used for many purposes, such as navigation, locating prey, detecting and inspecting objects, and getting a general understanding of the environment. Many toothed cetaceans also produce other sounds, including whistles, burst pulses (rapid series of clicks), squeaks, squawks and barks. By lowering a hydrophone (a device for recording and listening to underwater sounds) into the water, it is possible for us to hear these sounds aboard our zodiacs. 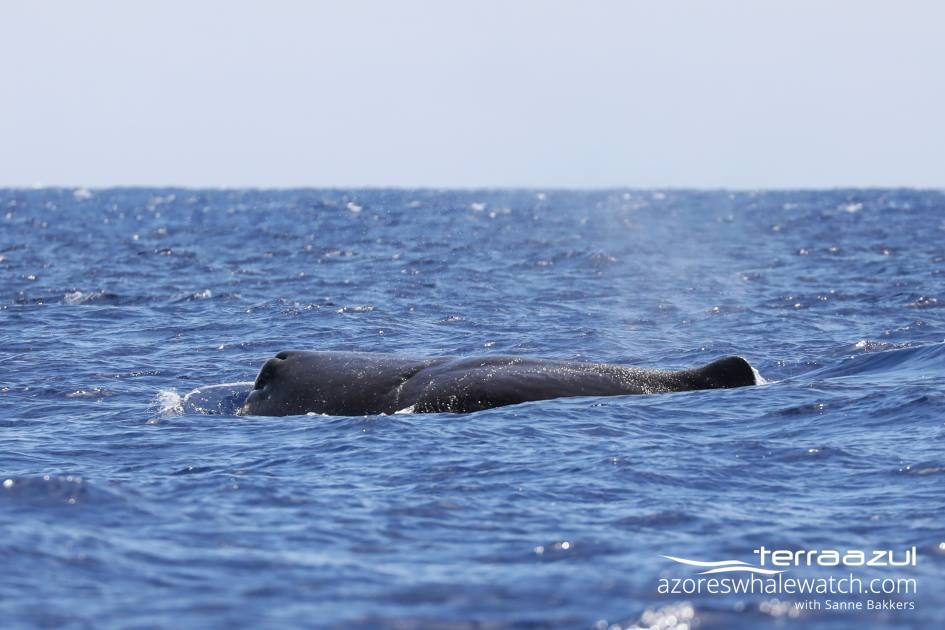 Young sperm whale swimming and preparing for a deep dive. Sperm whales start producing echolocation clicks just a few minutes after diving, and we could hear its clicks on our hydrophone!

During the tour we could hear the echolocation clicks of two sperm whales as they were searching for a tasty squid meal in the deeps, and the Atlantic spotted dolphins unleashed a really intense concert of communication sounds during their social activities – almost a cacophony! The vocalisations of these dolphins are extremely amusing. Hearing them communicate with one another puts a smile on everyone’s faces, time and time again – even on our most experienced crew members. 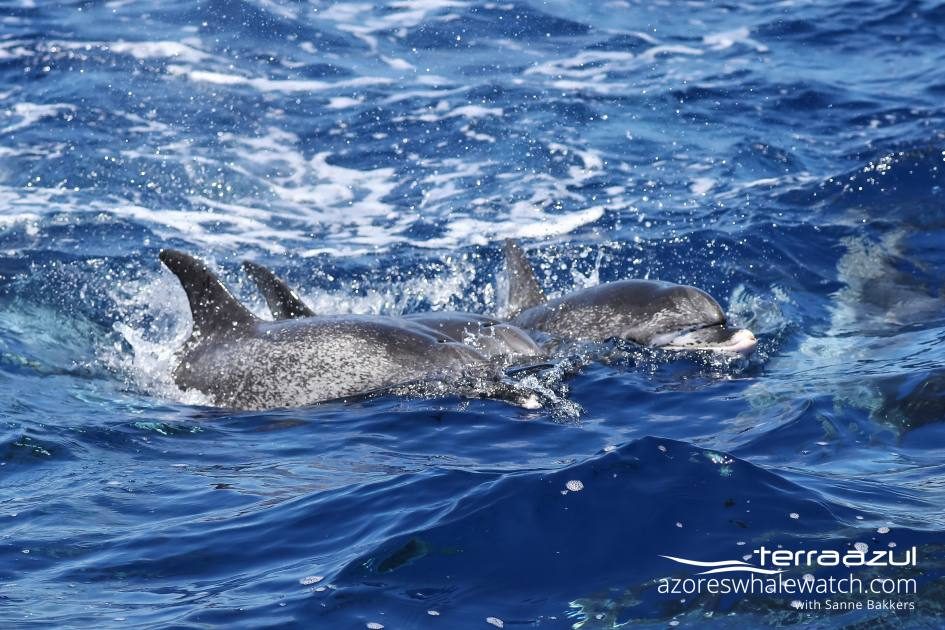 We encountered a very active pod of Atlantic spotted dolphins during our midday tour. It was a buzz of socialising and chatter, with super intense vocalisations picked up by our hydrophone.

If you want to experience the ocean world yourself, come visit us in Vila Franca do Campo, or explore our Youtube channel and species catalogue!