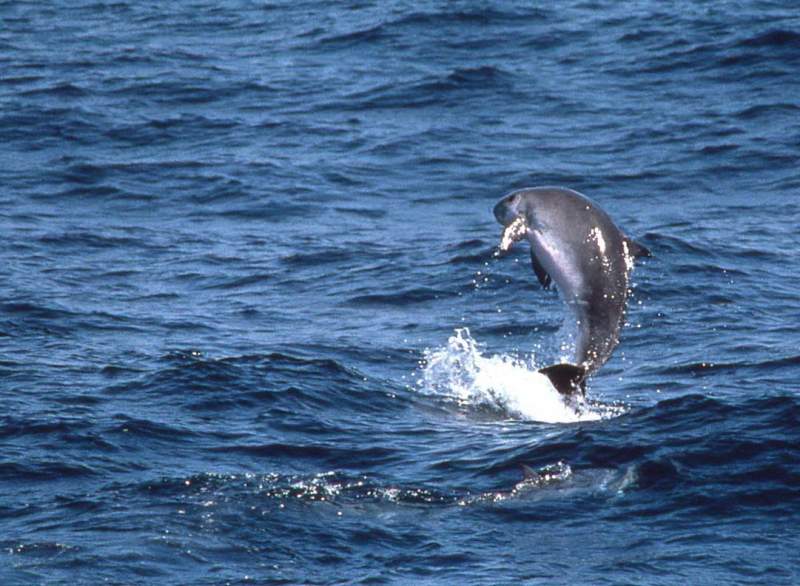 Today you are going to learn more about the Pigmy and the Dwarf sperm whales. These two species are very similar and only in 1966 they were recognized as different species. In resemblance with the Sperm Whale, both have the spermaceti organ. They also have a sac in the intestine that has a reddish brown fluid that works like the ink of the squids, when they feel threatened they evacuate this substance and dive so that the predator isn’t able to see anything.

Both species can be confused as sharks when stranded since there is some resemblance due to the shape of the head, a small narrow mouth and a lighter, bracket-shaped mark, located between the eyes and the flippers that is called the false gill.

The Dwarf Sperm Whale is smaller, with a length between 2.1-2.7 meters , the dorsal fin is prominent and more in the middle of the body, the teeth are curvier and sharper, positioned on the lower jaw, but they also may have vestigial teeth on the upper jaw. 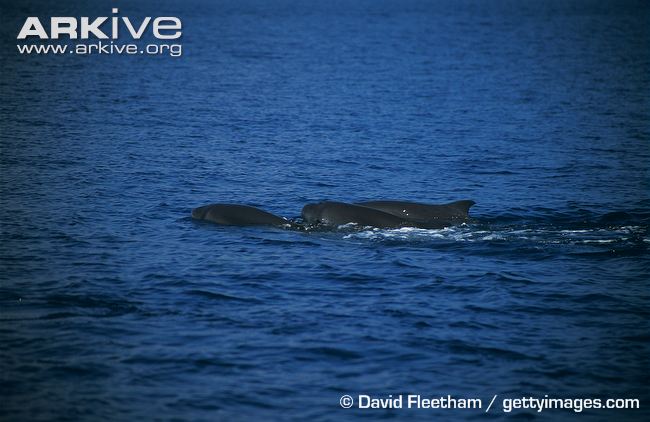 The Pigmy Sperm Whale is bigger, with a length between 2.7-3.4 meters , the dorsal fin is falcate and tiny and positioned more on the back of the body. The teeth are positioned on the lower jaw. 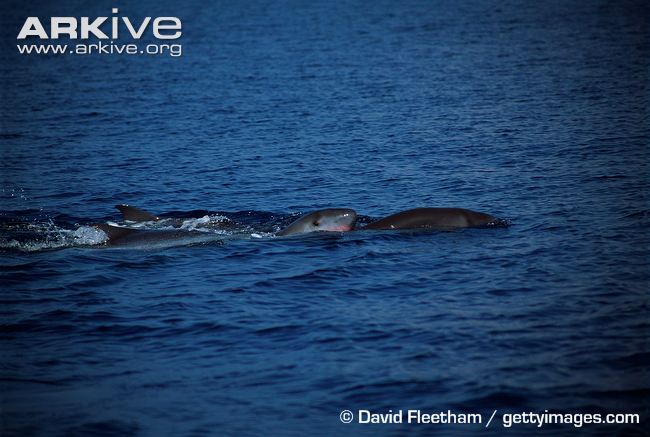 These two species feed on cephalopods, shrimp, crab and fish. In order to get their food and because of the 24-hour vertical migration of some of their preys, they can dive until 300 m. The gestation period is thought to be 1 year, with the mating and calving season between autumn and spring in the Pigmy and from December to March in some populations of Dwarf sperm whales.