Finally back to the ocean! and what a surprise :D

Today we finally went out at sea after few days spent on land due to strong winds and rough sea. We headed to the ocean in the late afternoon when the sea state was safe and comfortable enough for everyone 😉

It feels good to be back again and smell the ocean breeze and … observe SPERM WHALES!! A group of five individuals including a calf was slow travelling towards south. They were alternating surfacing and swimming below the surface to come up further in front. When we thought we had lost them we started to search for more life and all of the sudden one of our boats found them again. At this time one of the adults, a male recognizable from its prominent head, left the rest of the group. We don’t know where it was directed to, maybe to forage a bit further offshore, we anyway left before discovering it, as more boats were approaching the area and we didn’t want to create much pressure on this group. 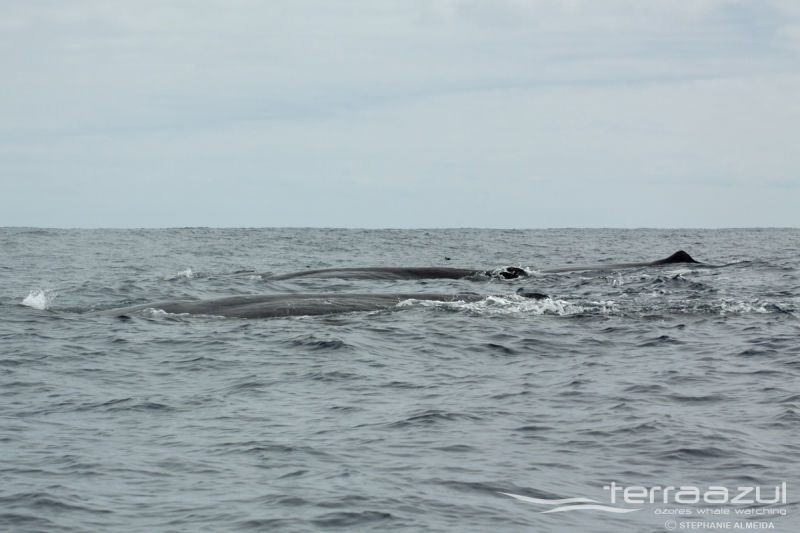 In the meantime our lookout found a group of Atlantic spotted dolphins which was foraging. The dolphins were quite active, and the shearwaters and young seagulls were also taking part in all this action. 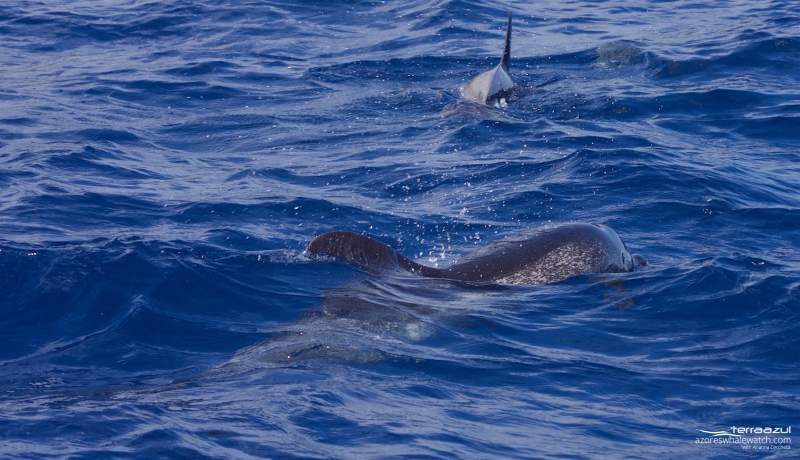 On the way back to the marina of Vila Franca do Campo we had the last sighting: a flying fish 🙂 It is always nice to see these little beautiful fishes extending their wing-like pectoral fins to fly out of the water. Taking a picture though it is not that simple, they are fast and their appearance out of the water is always unexpected. The pictures of the SPERM WHALES and Atlantic spotted dolphins are also from previous tours as today we decided to just watch them emerging and disappearing in the ocean swell 😀

So, are you ready to join us on sea?