Five cetacean species in one day! 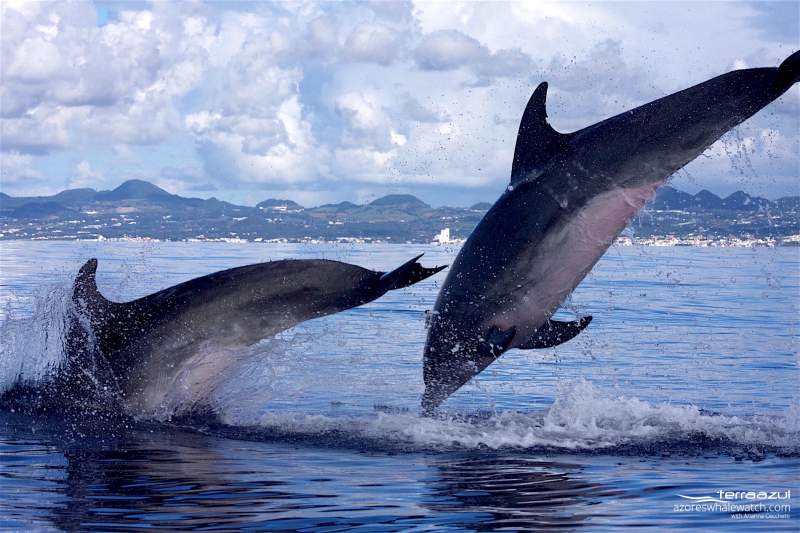 Today we had again a good example of how lucky we are here in the Azores: we never – NEVER! – know what the Ocean is planning for us each day!!!

So it happens that just out of the Marina we are surrounded by more than hundred Bottlenose Dolphins (Tursiops truncatus) and after half an hour we are observing a pod of Sperm Whales (Physeter macrocephalus). Not even an hour later we are approaching an unidentified species of baleen whale swimming in company of a few Bottlenose Dolphins!

It is always exciting to identify these animals as six different species can be spotted around Sao Miguel. The Radio guessed it was a Fin, but it fluked up and Fin Whales almost never do that! Our skipper saw a small dorsal…and a patch of turquoise water ahead…a Blue?!? Blue Whales appear like a turquoise patch when are slightly underwater but that was too small…so what is it???

The answer came shortly after when the whale lunged next to us exposing the tip of its head, which is called rostrum. We could clearly see knobs known as tubercles, a unique characteristic of…Humpback Whale (Megaptera novaeangliae)!!! It was a juvenile, probably a yearling, white pectoral fins, and this explained the small turquoise patch on the side of the body! 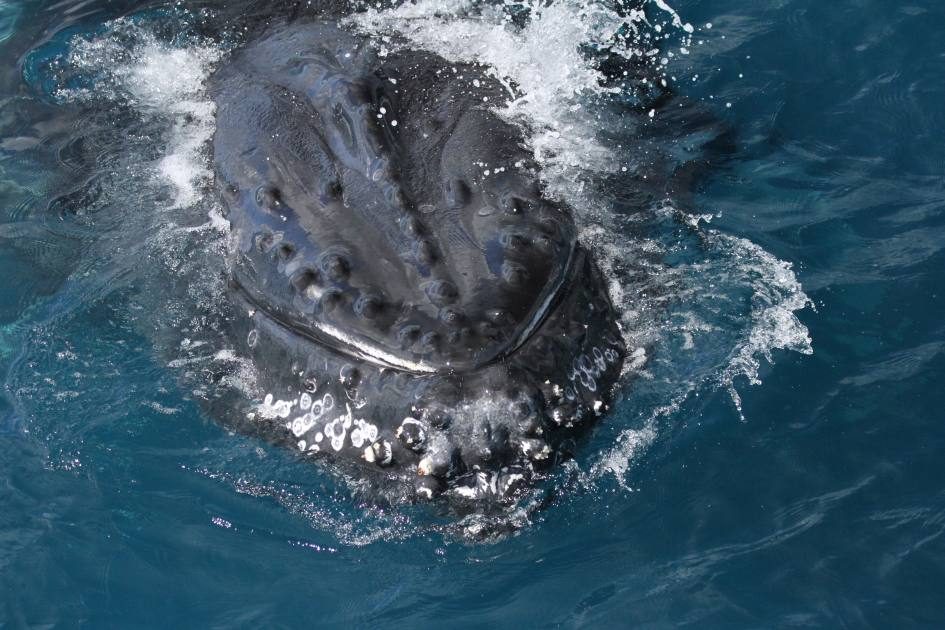 A Humpback Whale (Megaptera novaeangliae) juvenile rostrum, the tubercles well visible. These bump-like structures are filled with hair follicles and are supposed to work as mechanoreceptors to sense the environment. They also play a hydrodynamic role as they reduce the parasitic drag during the swim. Picture courtesy of Lorenzo Fiori.

In the afternoon we were lucky too: we encountered a Fin Whale (Balaenoptera physalus) feeding on krill!!! We had the chance to see its baleen plates while it opened its mouth swimming on its side. If you wish to know more about baleen whale feeding strategies, check out our latest WHALEZONE.TV episode here!

On our way back to the Marina of Vila Franca do Campo we also got escorted by a friendly group of Common Dolphins (Delphinus delphis) with several calves!

May could not have started any better!!! 🙂