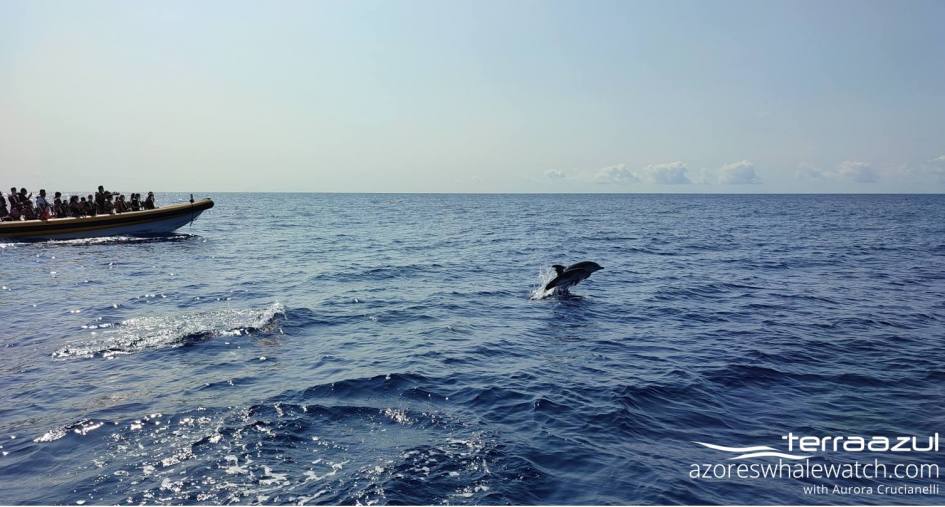 The ocean can be such a wonderful place to be. Even more so when we have the chance to be at the right spot at the right moment. Thanks to our lookouts this happens more easily and we had the opportunity to watch amazing animals in their natural habitat.

Today we were able to compare the two parvorder of the cetaceans which are the baleen whales, also called Mysticetes and the toothed whales that are named Odontocetes.

We started with a beautiful view over two Sperm Whale (Physeter macrocephalus) calves socializing and playing around. Sperm Whales are the biggest Odontocetes of them all and even little calves do already look impressive and measure around 4 meters. As we wanted to continue the trip, a juvenile Sperm Whale appeared. In a location not too far from this one we also had the pleasure to meet again an already known adult female, actually the mother of one of the two calves. 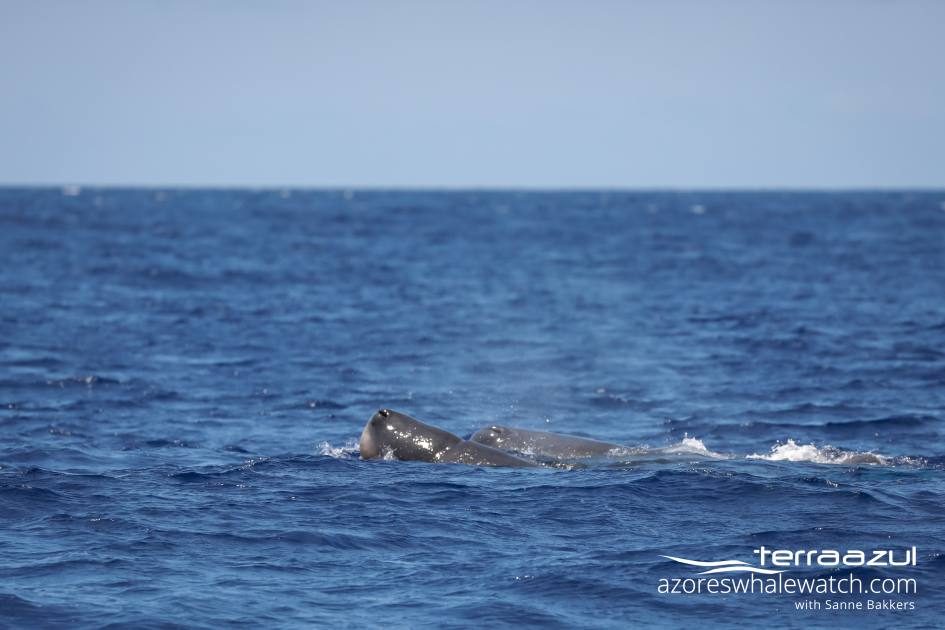 We had a nice surprise as we encountered a Bryde’s Whale (Balaenoptera brydei) surfacing from time-to-time between some shallow dives. This Mysticete (baleen whale) looks very similar to the Sei Whale (Balaenoptera borealis) but has three ridges on the head instead of only one. 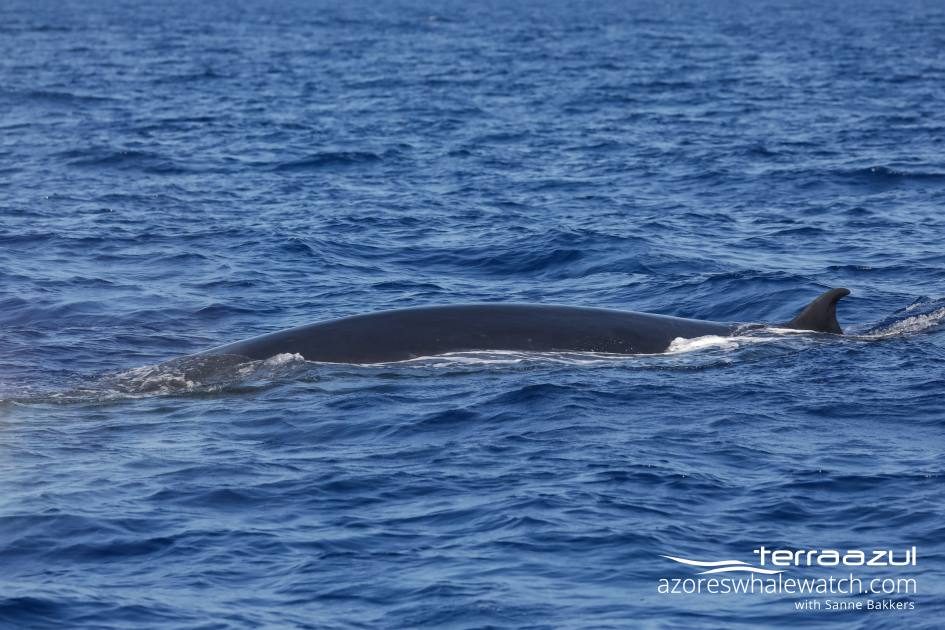 We also saw some species of dolphins like the big and muscular Bottlenose Dolphins (Tursiops truncatus), some nice socialising and jumpy Risso’s Dolphins (Grampus griseus) and, very close to the islet, a pod of Common Dolphins (Delphinus delphis) was porpoising around.

Finally, we still have the presence of our nice visitors the Atlantic Spotted Dolphins (Stenella frontalis) very busy today foraging in association with Cory’s shearwaters. 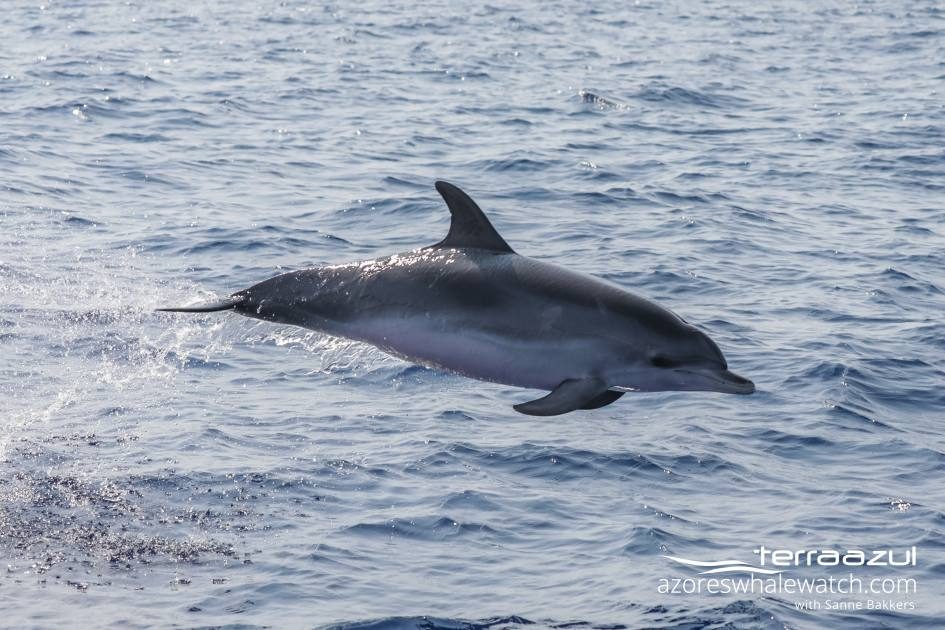 At the end of the trip we even came back with a trophy, a nice piece of octopus that will be very useful to one of our scientific project collaborations MONICEPH. 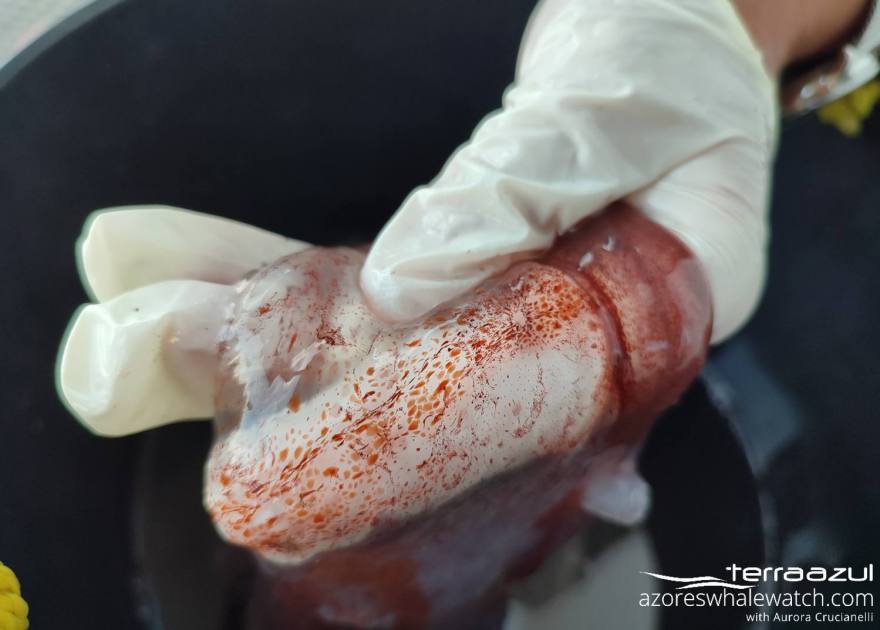 View of the chromatophores (pigment cells) of the remains of an octopus.

We will keep you posted about our future adventures.