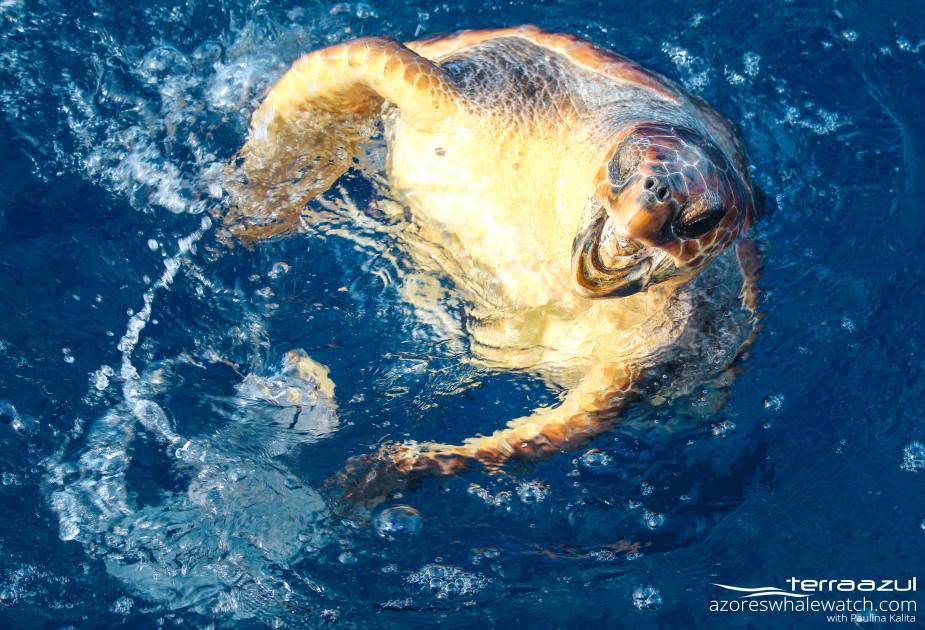 This morning we started our tour with the Striped Dolphins (Stenella coeruleoalba). When we arrived they were swimming fast, as a typical behaviour, and they slowed downa bit and we were able to see them better. They had some calves on the group, jumping next to their mothers. 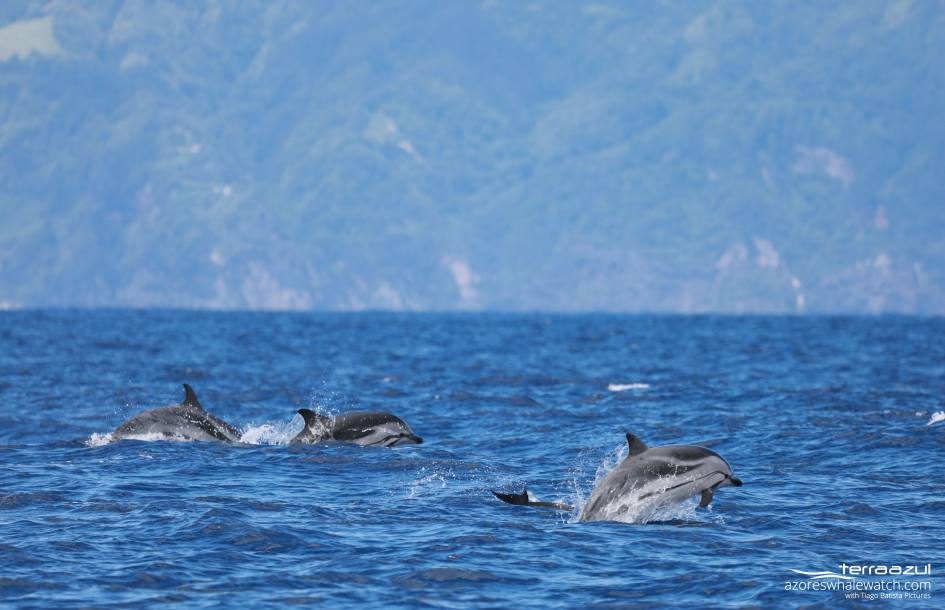 On the way of our search, we found a very active Loggerhead Turtle (Caretta caretta), it was swimming a lot and putting the head up many times…we captured a really funny picture from this turtle, that is the main picture of the blog.

Then, our lookout moved to Faial da Terra so he could have more ocean area to search! After some minutes he found a group of beaked whales, so we went to the area but we couldn’t find any and so he sent us for the Sperm Whales (Physeter macrocephalus). Surprise, surprise, when we were arriving we found a group of 3 or 4 Beaked Whales (Ziphiidae). Of course, it was only for a few seconds but it was worth it!

A few meters to the side we had one Sperm Whale and we stayed with the whale until it went for a deep dive. We put the hydrophone on the water and we heard the clicks from the echolocation. 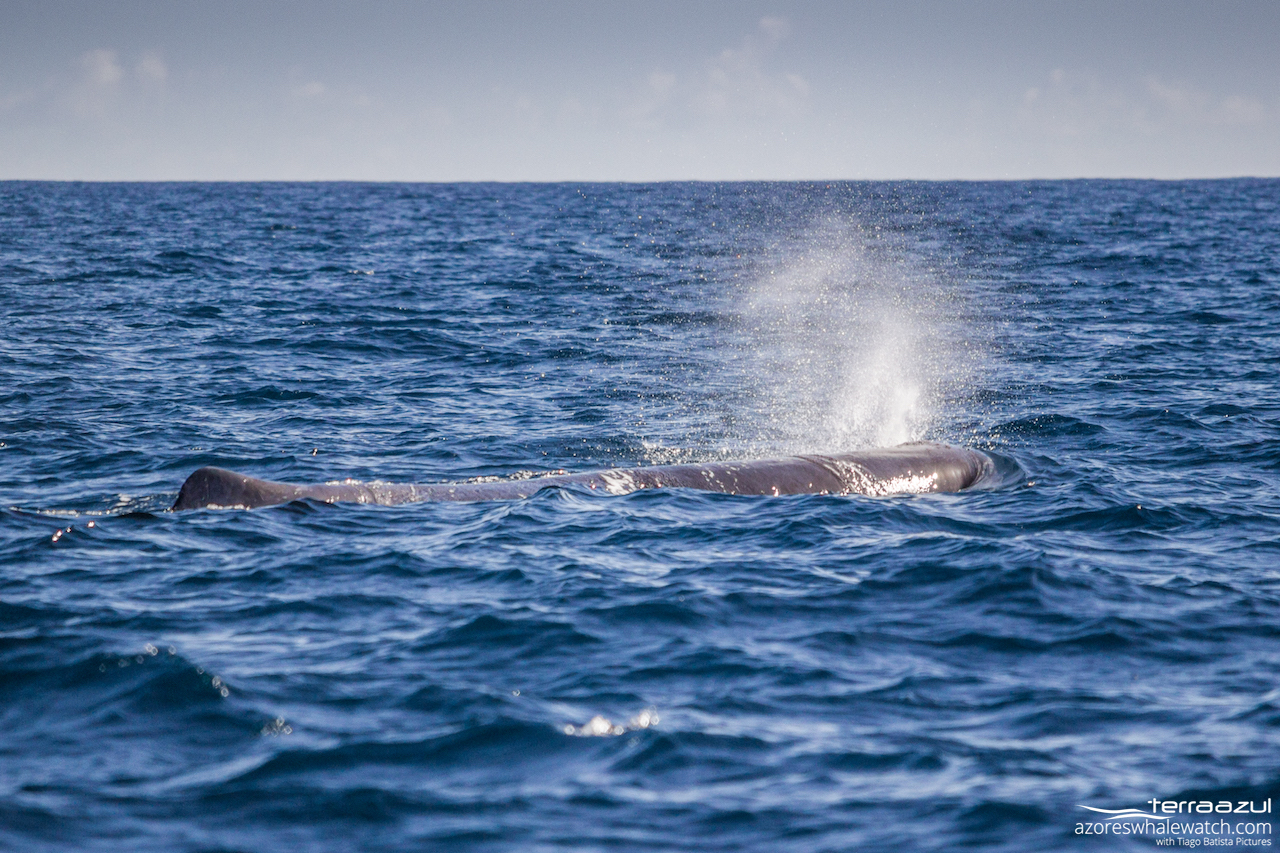 On our way home, we found a big group of spotted dolphins (Stenella frontalis) hunting with the Cory’s Shearwater. We also had lots of calves and juveniles on the group and we could see that they were very active looking for fish. We also tried the hydrophone and they were echolocating a lot as well. 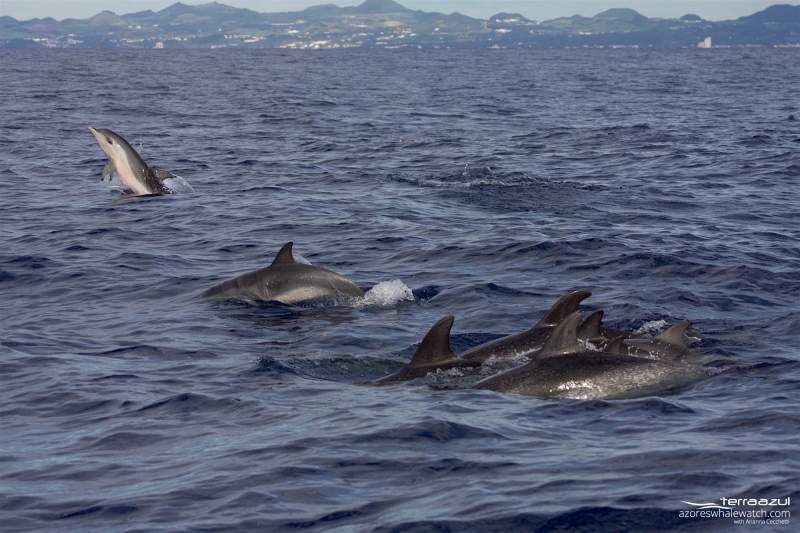